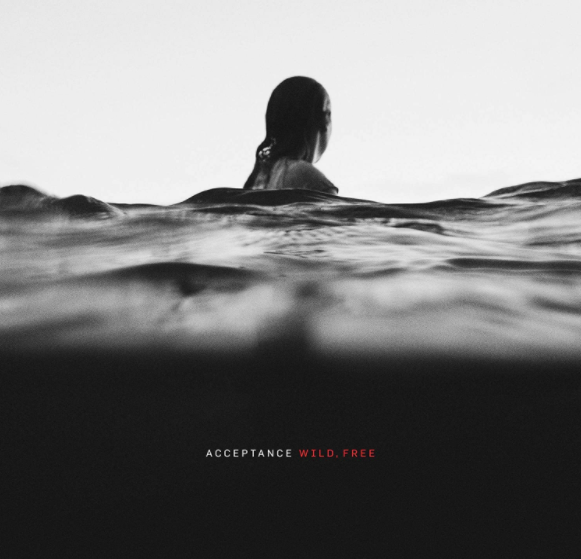 “passionate, emotional, swelling and bright” – American Songwriter
OCTOBER 2, 2020 – Acceptance have released their long awaited new album ‘Wild, Free’ today. It’s the band’s first new music in three years. Fans can now stream or purchase the album through their preferred music platform.
An epic collection colored with dynamic atmosphere and vibe, the band’s third record combines sonic storytelling over the ‘80s synthwave / yacht rock melodies that flourish throughout the album. The power-pop and emotive aggression will be familiar to fans, with ‘Wild, Free’ taking a greater emphasis on raw and organic feel, resulting in songs that reward repeated listens.
“For over twenty years we have been playing music together,” says vocalist Jason Vena. “I think, for me, Wild, Free is something different. Each record has its draw of drawing from yourself, but this one almost felt like it required it. Wild, Free resonates with and to each person in the band in a way that signals that requirement. There are different reasons for this with each person, but at the core of it, there is some bigger connection with what we were trying to find here.
With that connection, we pushed ourselves to think about the band’s boundaries; lyrically, melodically, musically, and most importantly, personally. The result is the most honest presentation this group of individuals has collectively been able to mold (into one unique voice) over these long years. I am just really excited. Excited to have an opportunity to share this with the people who have supported us through this journey, excited for those we’ve picked up along the way, and excited for this group of folks we call our band. Thank you. I hope you enjoy this record.”
The band has previously released the singles “"Midnight", "Wildfires", "Cold Air" and "Bend The Light". The official music videos for “Midnight” and “Cold Air” are out now.
Earlier this year the band released the ‘Wild’ EP, which was the first taste of new music. The EP is available on all streaming platforms.
Acceptance recently celebrated the 15 year anniversary of the release of their landmark album, ‘Phantoms’, which catapulted their career. They’ve asked fans to share their favorite tracks and memories from the album with them through the band’s official twitter.
The band is currently comprised of Jason Vena, Kaylan Cloyd, Ryan Zwiefelhofer, Christian McAlhaney and Garrett Lunceford. Acceptance has been making music together for over 22 years.
Follow Acceptance
Facebook: www.facebook.com/acceptanceband
Twitter: https://twitter.com/acceptanceband
Instagram: www.instagram.com/acceptanceband
For more information:
https://www.toothandnail.com
www.acceptanceband.com
Share Share on Facebook Tweet Tweet on Twitter