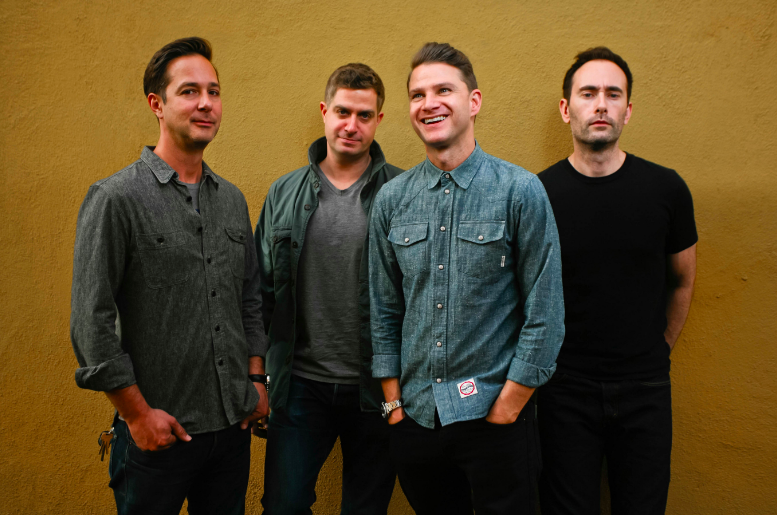 American Hi-Fi Acoustic, is the first of a string of cover releases planned for the band in 2020.
Vocalist Stacy Jones shares: "We recorded these songs before the world shut down.  We chose them because this is the music that we grew up on.  The songs that came through the muffled speakers in the backseat of the family car, or in my case, blasted unremitting, through boomboxes on the streets of Brixton on my walk to piano lessons.  We chose them because these songs made us feel something deeply, they resonated in a way that as young kids, we couldn't fully appreciate.  And now as adults with children of our own, we realize the importance of that visceral feeling.  That feeling of dropping the needle on a record, and being transported through your headphones to a secret place that only you and a few close friends had access to. These are the artists that made us want to pick up drum sticks, plug in a Jazzmaster, and make a fucking racket with our best friends until the neighborhood shut us down.  And that tenet still rings true today.  American Hi-Fi has always been a family affair.  A brotherhood. Now, more than ever, I appreciate the value of family, of music, of nostalgia, of coming together and sharing the joy of a song that can transport us, even for a moment.  I hope these songs strike a chord with you.  And to be clear, I realize that our scrappy little rock band covering some of the greatest songs of all time isn't going to change the world... but I hope that when you drop the needle on this record, you close your eyes and find yourself transported.  From a world of fear and unease, of division and disharmony, even for just a moment.  And when you open your eyes, and the world opens up again, you can walk back into it with a smile on your face and a song in your heart, even if we didn't write 'em."
"Steppin' Out" is available now via Rude Records, here: https://americanhifi.lnk.to/steppinout.
To celebrate 15 years of activity and 15 years from the release of one of the milestones in pop rock history, American Hi-Fi got back in the studio to track an acoustic version of their debut album. The band recorded at Sunset Sound, the legendary studio in the heart of Hollywood where such acts as Social Distortion, Van Halen, Led Zeppelin, The Rolling Stones, Rancid, and Tom Petty have all recorded. The result is the aforementioned American Hi-Fi Acoustic, a re-work of the thirteen songs compiling the original album with a new, fresh, acoustic spirit.