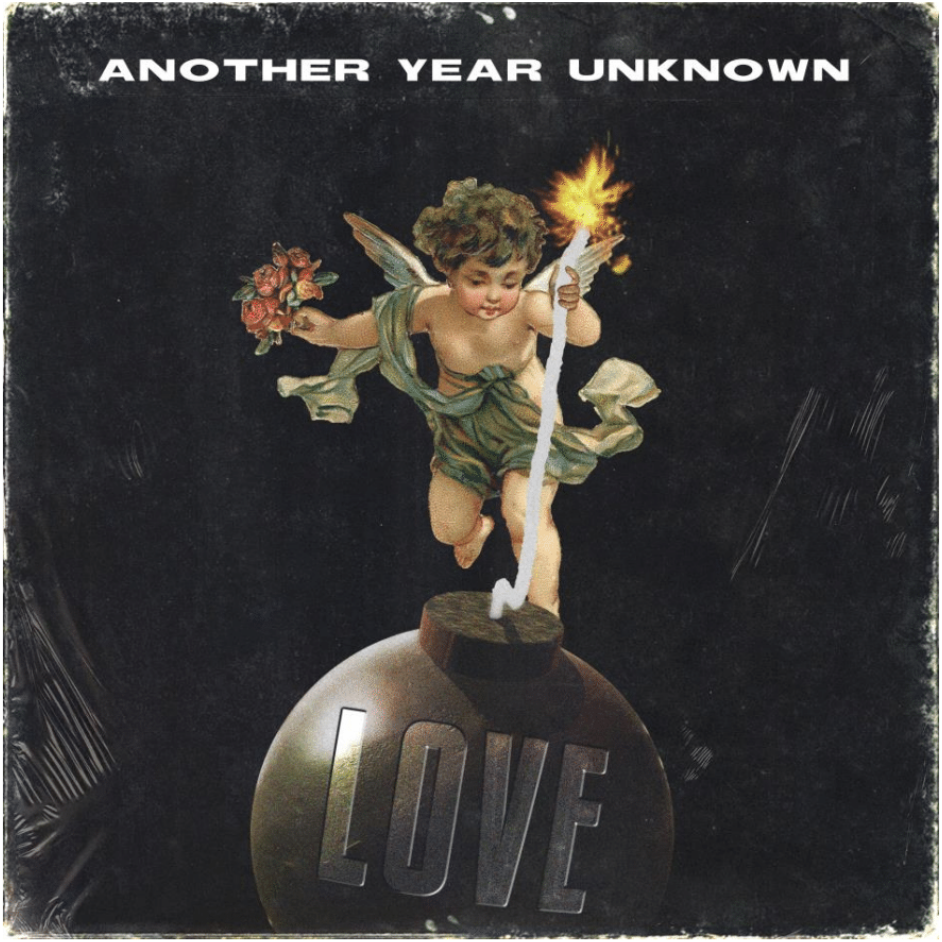 Alternative rock band Another Year Unknown is excited to share their latest single "Love". On the inspiration behind the song vocalist/guitarist Ashton Hammill shares, "being an artist always on the road and having that separation from your loved ones compared to most people is hard for developing relationships. When I sat down with the idea of Love, the song was in the forefront of my mind. It's something that speaks to my heart, makes me happy, and I think getting this song out to the masses could help other people in the world. We all just need love." Fans can check out the single and lyric video now.
"Our lyric video was inspired from a line in the song, 'cupids bombs come crashing down this evening'" Another Year Unknown shares with New Noise. "The lyrics helped us decide on the artwork we wanted to use for the release and the style of the video. We wanted the lyrics to appear handwritten so the process of editing took a little bit longer, but it was worth it! In addition to that style, we wanted something creative and engaging as the background - with subtle hints of red because of the "love" theme. Overall, super stoked on the way the video turned out. We spent a lot of hours creating it so hopefully others are into it as well."
Fans can pre-save "Love" ahead of its official release on Friday, now at anotheryearunknown.lnk.to/love
It's important to never lose sight of your dreams, especially in the face of uncertainty. Life is about going after what you're passionate about even in the most difficult of times. Atlanta-based band Another Year Unknown delves deeper into this message with every release, on track to empower the local scene and beyond. Influenced by outspoken leaders of the punk rock realm such as Sum 41, Blink-182, The Menzingers, and Anti-Flag, the trio has been developing their unique sound since Fall 2018. Their debut EP Stymie is reminiscent of the early-2000s while packing a modern punch through its anthemic production and sing-along choruses. Its release drew the attention of listeners and bands alike, with two tracks receiving a powerful placement on Red Bull Motorsports' YouTube channel. With more music on the way soon, Another Year Unknown is sure to turn the routine of everyday life into something exciting.
Share Share on Facebook Tweet Tweet on Twitter