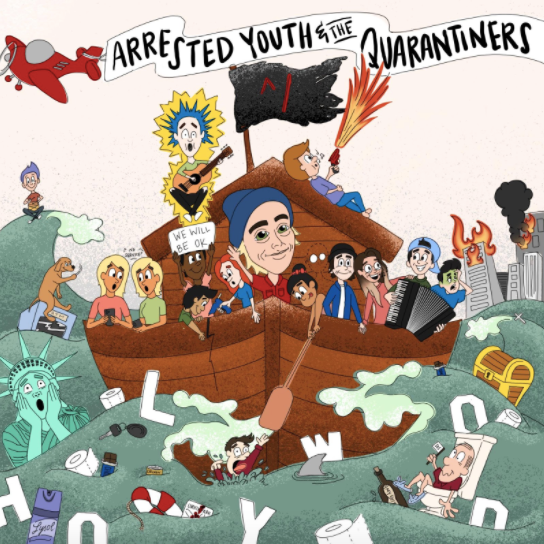 DUE OUT FRIDAY, MAY 29TH


Ian Johnson, p/k/a "Arrested Youth", started each session by producing a rough demo of music, then worked with fans via Instagram and YouTube livestreams to create a song concept along with lyrics. Johnson would then come up with vocal melodies, and put finishing production edits with his friend and producer Kevin "Thrasher" Gruft.


"Instead of guessing what kids were going through, I wanted to hear from them first-hand," says Johnson. "So, we got together a couple nights a week to write songs- anything from what we were doing with our free time to how we were feeling about life in general."


Arrested Youth built his cult following through his mix of alternative and hip-hop styles and thought-provoking lyrics addressing issues of self-doubt, ego, and the hyper-stimulation brought on by social media. Johnson was raised in Louisville, Kentucky. He started Arrested Youth wanting to create an outlet for the many challenges his generation is facing.


"It's my understanding that no other fanbase has written an entire EP together, which makes this a historic moment for Arrested Youth," says Johnson. "We may not have a platinum record yet, but we are becoming a part of music history with our fan-written album."