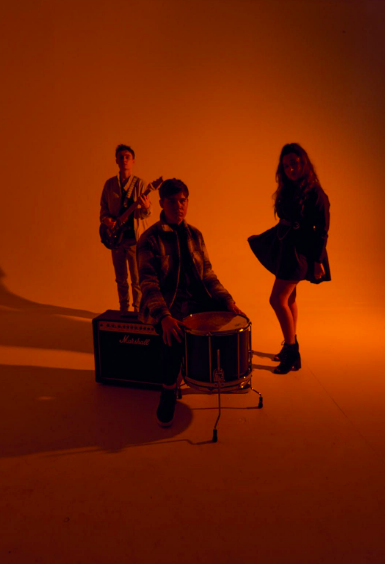 Today, rising pop-rock band, Band Of Silver, unveil the music video for their song, “Always.” The edgy clip was directed by veteran video director, Roman White, and filmed at an old paint factory in Nashville called Warren Studios. “We had two setups, a light look and a dark one, which looked just as cool in person as on film,” shares vocalist Avery Silvernagel. “Overall, we are thrilled with how it turned out. Everyone involved did a great job and it really shows.”


Band Of Silver—made up of Avery Silvernagel (vocals), Alex Silvernagel (guitar and vocals), and Evan Silvernagel (drums)—are a breakout sibling trio out of Nashville. Their music blurs the lines between vintage rock, 80’s new wave, and modern pop, and their explosive, electrifying performances hint at everything from Def Leppard and Madonna to Weezer and Panic! At The Disco.


Their debut EP, Always, out now, is Band Of Silver’s first collection of polished studio material. The EP showcases Band of Silver’s youthful exuberance, while at the same time reflecting the trio’s remarkable maturity and restraint. The songs tackle heartbreak and disappointment with hope and perseverance, offering up timely testaments to the power of faith and the unbreakable bonds of family. Always faces down darkness with light at every turn, with Avery sharing, “When you’re going through hard times, you’ve got to keep fighting. We wrote these songs to remind ourselves of that as much as anyone else.” Stream the album now, here: https://smarturl.it/BandOfSilverAlwaysEP