TICKETS ON-SALE FRIDAY, MAY 7 AT 10AM LOCAL TIME 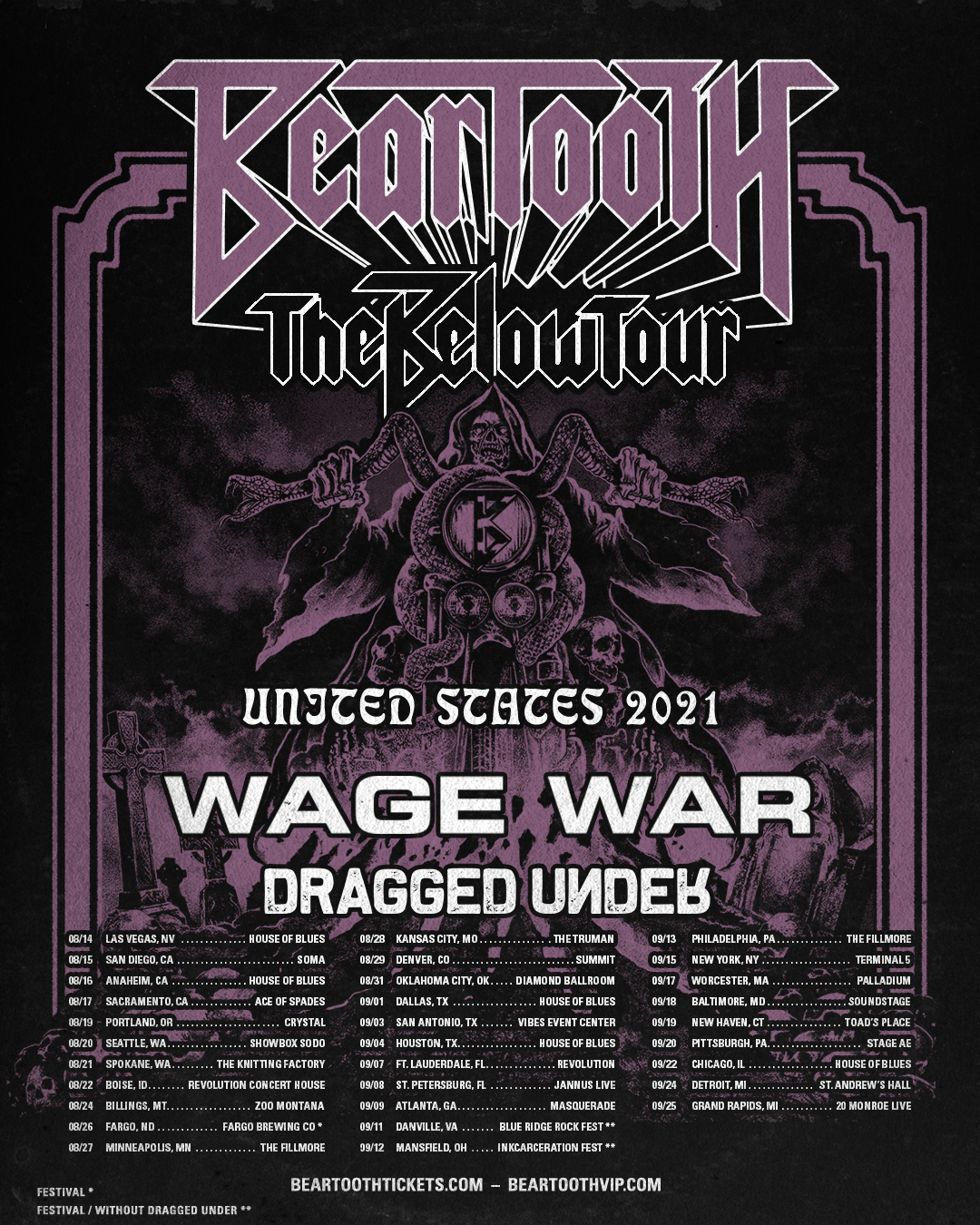 Gold-selling, Columbus, Ohio-based rock band Beartooth have announced their U.S. headline Below Tour taking place this summer. The Below Tour kicks off on August 14 in Las Vegas and winds through the country before wrapping in Grand Rapids, Michigan on September 25. All confirmed dates are below, including several festivals at which the band will appear.

Tickets go on sale to the general public on Friday, May 7 at 10AM local time, and can be purchased here and here.

"Everyone has been waiting for so long to get back on tour — fans, bands, crews, the list goes on," says singer Caleb Shomo. "It's been a brutal year, to say the least. But there's finally some hope for rock on the horizon. I truly can't put into words how excited I am to get back out there and give all I have every night. This will be one of the most intense and emotional tours of my life and I can't wait to experience it with all of you."

Beartooth will drop their fourth studio album, Below, on June 25 via Red Bull Records. Below is available for pre-order here.

Beartooth thrilled their legion of faithful fans in late March with a blistering one-two punch. First, they surprise-dropped “Devastation.” The band quickly followed with the video for “The Past Is Dead.” The clip finds the band in performance mode, which is its most natural state. The members are surrounded by a stunning display of pyrotechnics and an otherworldly demon named “Barry,” who has been dubbed the official mascot for the album cycle and can be spotted in the album cover art pictured below. The band also recently shared their latest single, the hyperkinetic new track “Hell Of It.”