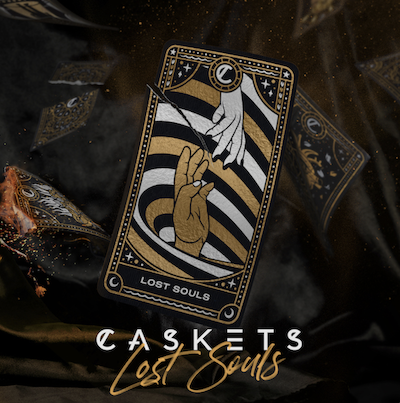 Leeds-based newcomers Caskets have announced that their debut album Lost Souls will be released on the August 13th through SharpTone Records. To celebrate the announcement the band have revealed the video for their breathtaking new single “Lost In Echoes.
Watch the video for “Lost In Echoes” here: https://youtu.be/SniJNRHEX8s
Preorder the band's debut album Lost Souls on various formats now from: https://shrptn.co/lostinechoes
Frontman Matt Flood comments on the new single: “’Lost in Echoes’ is about feeling uncomfortable in your own skin. Feeling worthless. It's about how covering up how you feel can actually make you slip further and further into losing yourself. It's a lesson about how ignoring your feelings can only make things worse.”
The news follows the release of the band's previous single “Glass Heart,” their first in partnership with SharpTone Records, which was released back in December.