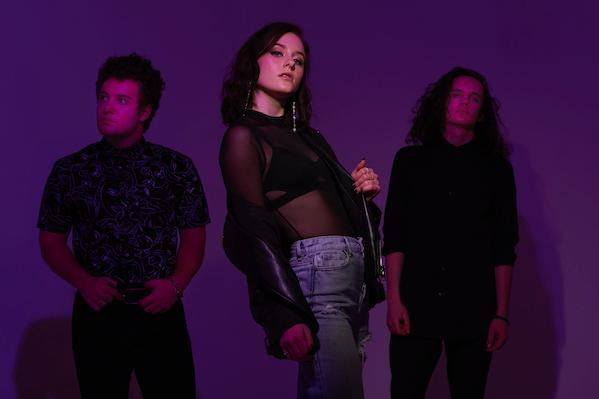 Alternative band Concrete Castles is thrilled to announce that they have signed to Velocity Records / Equal Vision Records, and today released their darkly intriguing debut single “Just a Friend.” In addition to their new labels, Concrete Castles has also signed with Sound Talent Group for booking and with KMGMT for management. Keep up with Concrete Castles at www.facebook.com/concretecastles.


“‘Just a Friend’ is about having trust issues and making a problem out of something before it even begins,” the band shares. “It’s being skeptical about a partner and not having enough trust to let them have friends or interact with anyone if it isn’t you. Being so scared that there are other people they may think are better than you.”


Like The Killers and Imagine Dragons before them, Concrete Castles started as a cover band. Except instead of honing their skills off the strip in Las Vegas, they've been building their cover presence on YouTube. The result is over 1 Million YouTube Subscribers and a quarter billion streams.


While the success from doing covers has been gratifying, the band learned that the more you cover and dissect pop and rock classics, the more you understand what about them works. Despite their young ages—vocalist Audra Miller is only 19, drummer Sam Gilman and guitarist Matt Yost are both 20—the trio possess a profound instinct for the intricacies of song construction.


They began writing their own original music and brought in writers/producers, John and Stephen Gomez (of TWIN XL) to help bring those songs to life. They also collaborated with Blake Harnage (PVRIS), Tyler Smyth (Lights, Blessthefall), Jayden Seeley (With Confidence), Mark Maxwell (Lindsey Stirling, Afrojack), Esjay Jones (Alient Ant Farm, Frank Zummo) on their yet to be released debut album which has already landed on many prominent "Most Anticipated" lists.


Concrete Castles ultimately shaped a dynamic sound that speaks to the eclectic nature of the band, whose members grew up on everything from country (Miller) to ’80s hair metal (Yost) to classic rock and emo (Gilman). Now the band is ready to show everyone what they've learned.
Share Share on Facebook Tweet Tweet on Twitter