"OUTCASTS VS. EVERYONE" FEAT. BRENNAN SAVAGE

TO BE RELEASED JUNE 17, 2022 in partnership with EQUAL VISION RECORDS/ VELOCITY RECORDS 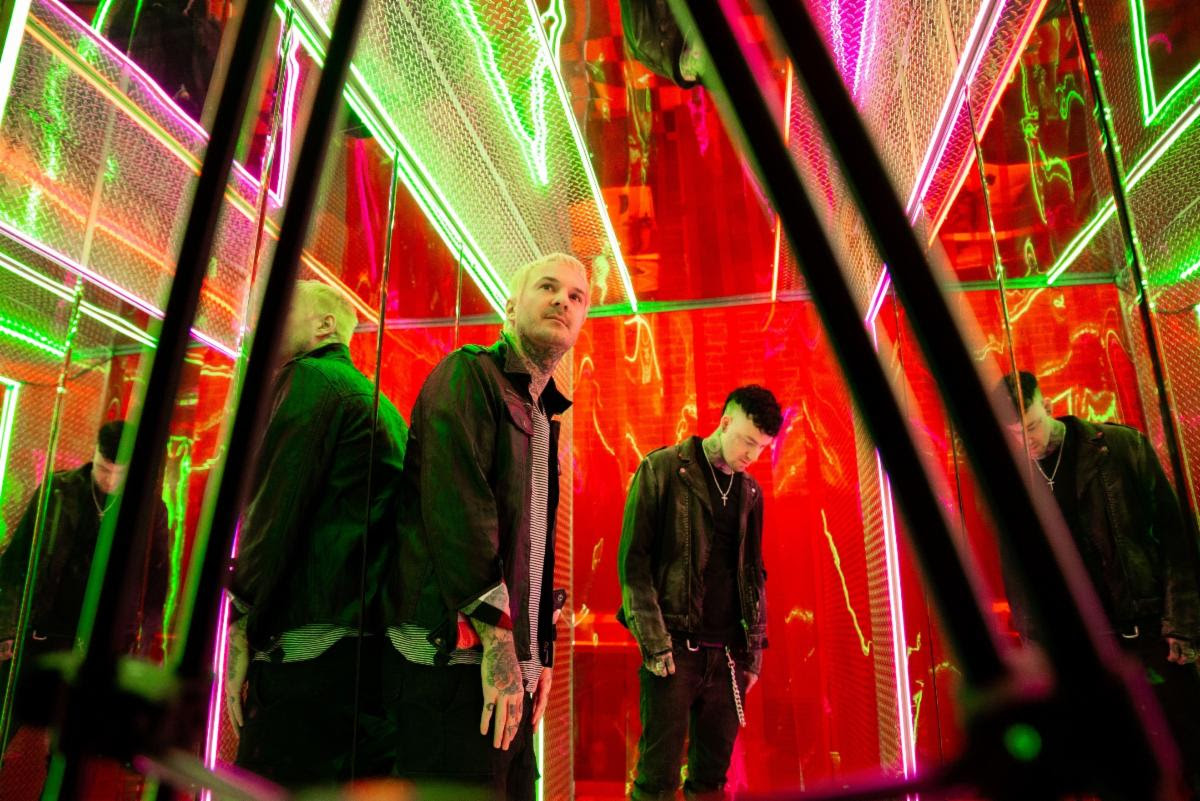 May 11, 2022 – Destroy Rebuild Until God Shows (D.R.U.G.S) have released a new single and music video for “Outcasts Vs. Everyone” feat. Brennan Savage, which is premiering now on YouTube. The band hosted a Q+A with fans before the new video was released. Stream the song here: https://velocity.lnk.to/outcasts
The song is taken from the bands forthcoming, highly anticipated new album ‘DESTROY REBUILD’ which will be released June 17, 2022 through Equal Vision Records/Velocity Records.  Stream the song here: https://velocity.lnk.to/outcasts

“Outcasts Vs Everyone is a reminder that it’s not only OKAY, but encouraged, to go against the grain when it comes to being yourself,” says vocalist Craig Owens on the new song. “You’re individuality is what makes you beautiful. The song is a stark reminder in its spirit of unity that you're never as alone as you think you are."
D.R.U.G.S previously released the singles and music videos for “Brighter Side”, “Satellites In Motion” and “DESTINY” which are available for streaming now and can be found on ‘DESTROY REBUILD’
‘DESTROY REBUILD’ is first release since 2011's acclaimed self-titled debut album. Craig Owens is once again at the project's helm and has orchestrated a band and record that is sure not just to catch your attention but also keep it. 'DESTROY REBUILD,' offers listeners the uniquely nostalgic D.R.U.G.S. sound they have been craving while also exploring new territories making 'DESTROY REBUILD' the perfect progression and exciting new chapter.
To capture this sound, Owens connected with A-List producer Howard Benson whose past work with My Chemical Romance and The All-American Rejects heavily influenced the modern alternative rock world. Benson's raw talent for recording helped shape the structures and harmonies of the album. Owens found this collaborative process cathartic and embraced his newfound flow of creativity.
The album is now available for pre-order at this link: https://velocityrecords.com/collections/d-r-u-g-s