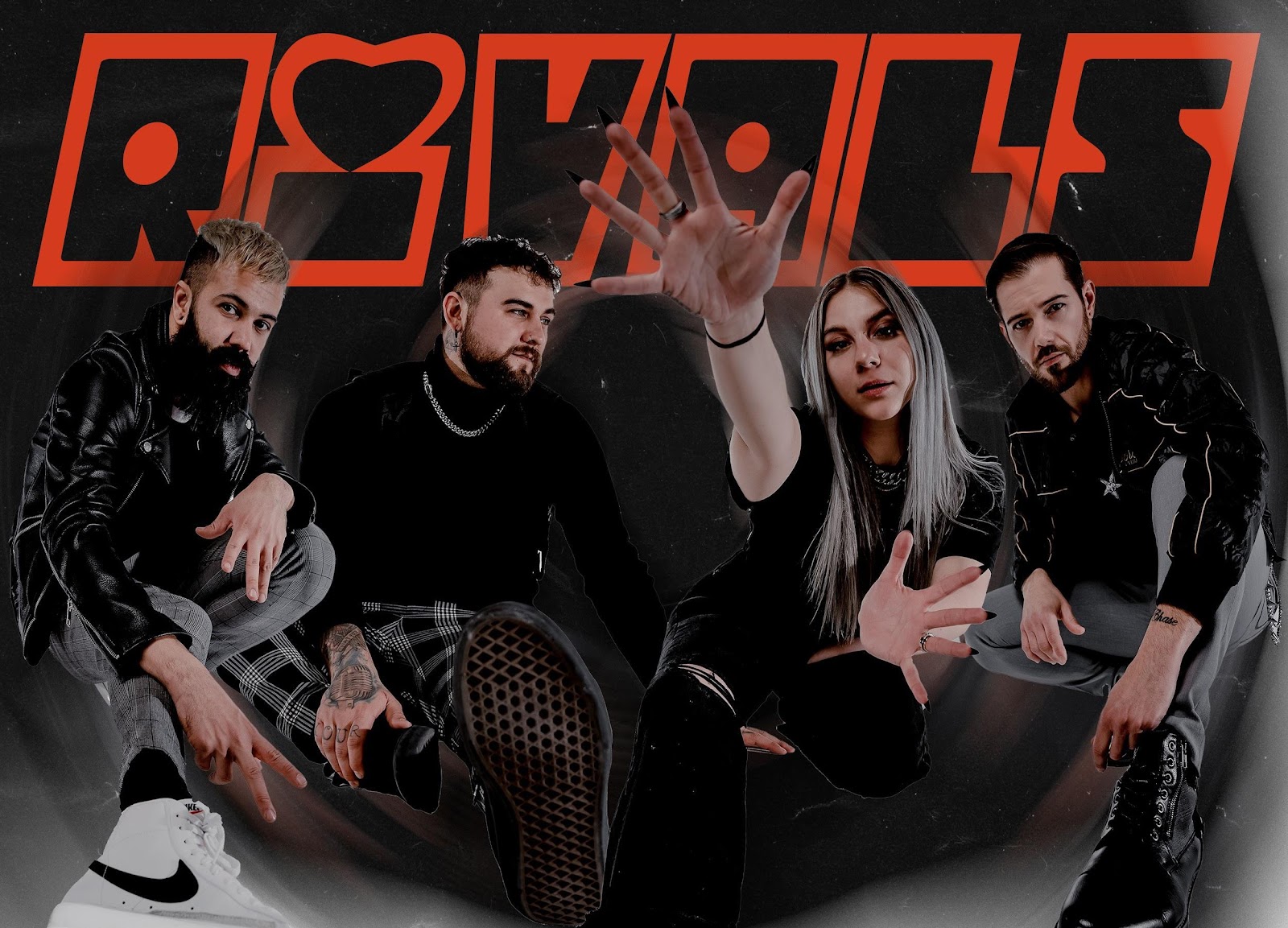 As they embark on a national headlining tour, pop/rock outfit RIVALS releases their newest track, “Dark Matter,” with a sultry and powerful music video directed by Christian Lawrence, which can be viewed here. Produced by John Espy (The Red Jumpsuit Apparatus) and mixed/mastered by Cody Stewart (The Browning, The Red Jumpsuit Apparatus), the track signifies a new chapter for RIVALS, scaling down on electronic elements and presenting raw instrumentation and vocals. The track was inspired by vocalist Kalie Wolfe’s perseverance as an independent, female artist, embracing her powerful femme energy every time she falls, to only get back up stronger. Wolfe elaborates:

“Were independent now, no label, no backing, just us and some bitchen ladies to push us through (our booking agent Ashely Ventura and our PR rep Steph Maksimow). ‘Dark Matter’ is our restart, our refresh of us and who we are…it’s a song I wrote about just being a complete badass against all odds, a song about slipping but recovering. Also, a little nod at our bae Ariana Grande, if god is a woman, well then so is the devil <3.” - Kalie Wolfe, RIVALS

The Dark Matter Tour will be supported by Ashland (Rise Records), Josh Lambert, and the star of SHOWTIME Network’s Shameless, Ethan Cutkosky, who will be appearing on select dates of the tour.

RIVALS’ latest album, Sad Looks Pretty on Me, exists in two worlds. The Los Angeles quartet — vocalist Kalie Wolfe, bassist Sebastian Clarke, guitarist Micket Woodle, and drummer Josh Alves — draw a wobbly line between blossoming pop-rock and wilting post-hardcore, often alternating between sides for earth-shattering effects. By wearing their inspirations proudly (and enlisting the help of contemporaries), RVLS clamor for the attention of both radio listeners and bedroom moshers. Their explosive live act—which has garnered the attention of audiences nationwide—will wear this new set of songs.

Try this on for size: how many songs have you heard that begin like “Fake Rich,” out of the gate with stuttering percussion, but end up turning the corner with a gnarly breakdown courtesy of Cane Hill frontman Elijah Witt? It’s a perfect distillation of the band’s core ethos: create a club hit, curl it around sneering guitars and urgent drums, tear it down. While this mentality of pop-metal destruction is relentless and well-stocked here, like on the pitch-shifted alt-metal of “On the Loose” and the dirtied, jagged synth-rock of “Little Mistakes,” Wolfe and company are concerned with creation, too. From the ashes of tortuous mental anguish, RIVALS always rise to the challenge of confronting demons head-on—while fashioning their moods into something irresistible.

The Dark Matter Tour kicks off in Denver, CO on April 5th, 2022, finishing up in Nashville, TN at the end of the month. For more information, visit wearervls.com. 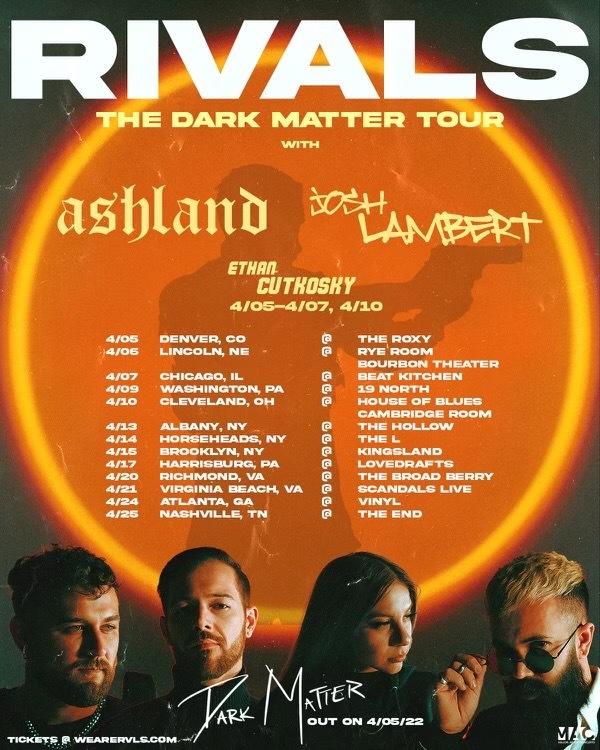