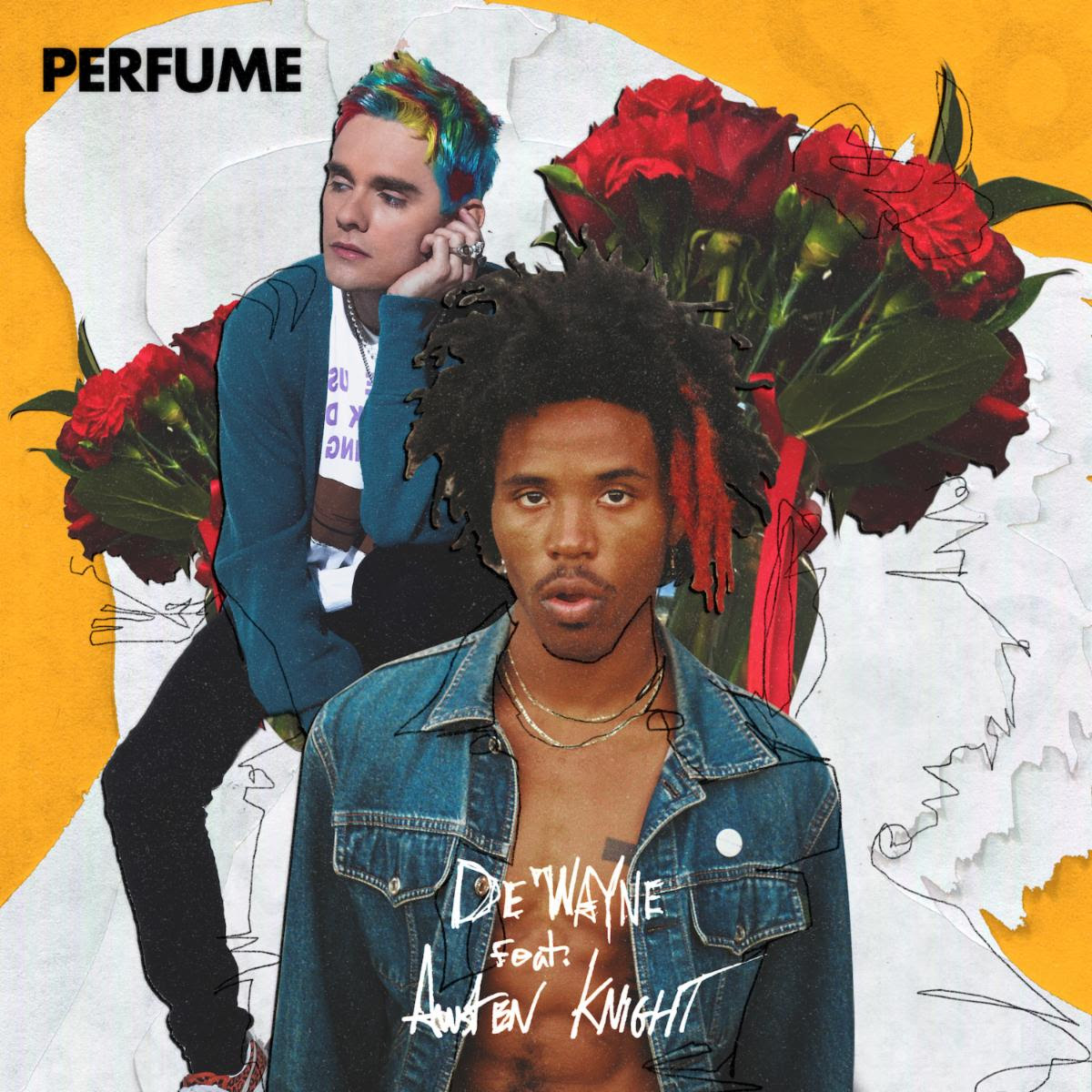 LOS ANGELES, CA – Alternative singer/rapper DE’WAYNE has teamed up with electric Waterparks front man Awsten Knight to unleash a hard-hitting new single “Perfume.”
“I never ever write love songs but this is one, and it’s about my high school lady. You ever love someone so much you hate them? This is my ode to her and if she hears it, I honestly hope she sings along,” shares DE’WAYNE on the track. “Even though falling in love can be the total opposite of beautiful, if you start to fall for someone go super hard!”


Although the two have been friends for a few years and have toured together, “Perfume” marks the first time DE’WAYNE and Awsten have teamed up on a song together.


“It was a dream come true,” DE’WAYNE adds. “I send Awsten everything I work on and this was the song that he felt was gonna go crazy! So I asked him to jump on it and I got a verse back a week later!”


Fans can stream “Perfume” today at http://smarturl.it/DEWAYNEPERFUME and watch the new video, directed by Erik Rojas, at http://smarturl.it/DEWAYNEPERFUMEVIDEO.
“Perfume” follows up recently released smash single “I Know Something.” The alternative singer/rapper has been blurring genre lines and breaking out of any box he has been put into through his music, electrifying stage presence and one-of-a-kind style and these tracks fully solidify that DE’WAYNE is an artist to watch in every way.


Combining elements of rock, industrial, and rap, DE'WAYNE defines a new culture of raw, tasteful blending of explosive emotion and soulful charisma. And he's just getting started.
Be sure to stay tuned to DE’WAYNE’s socials for more information soon.