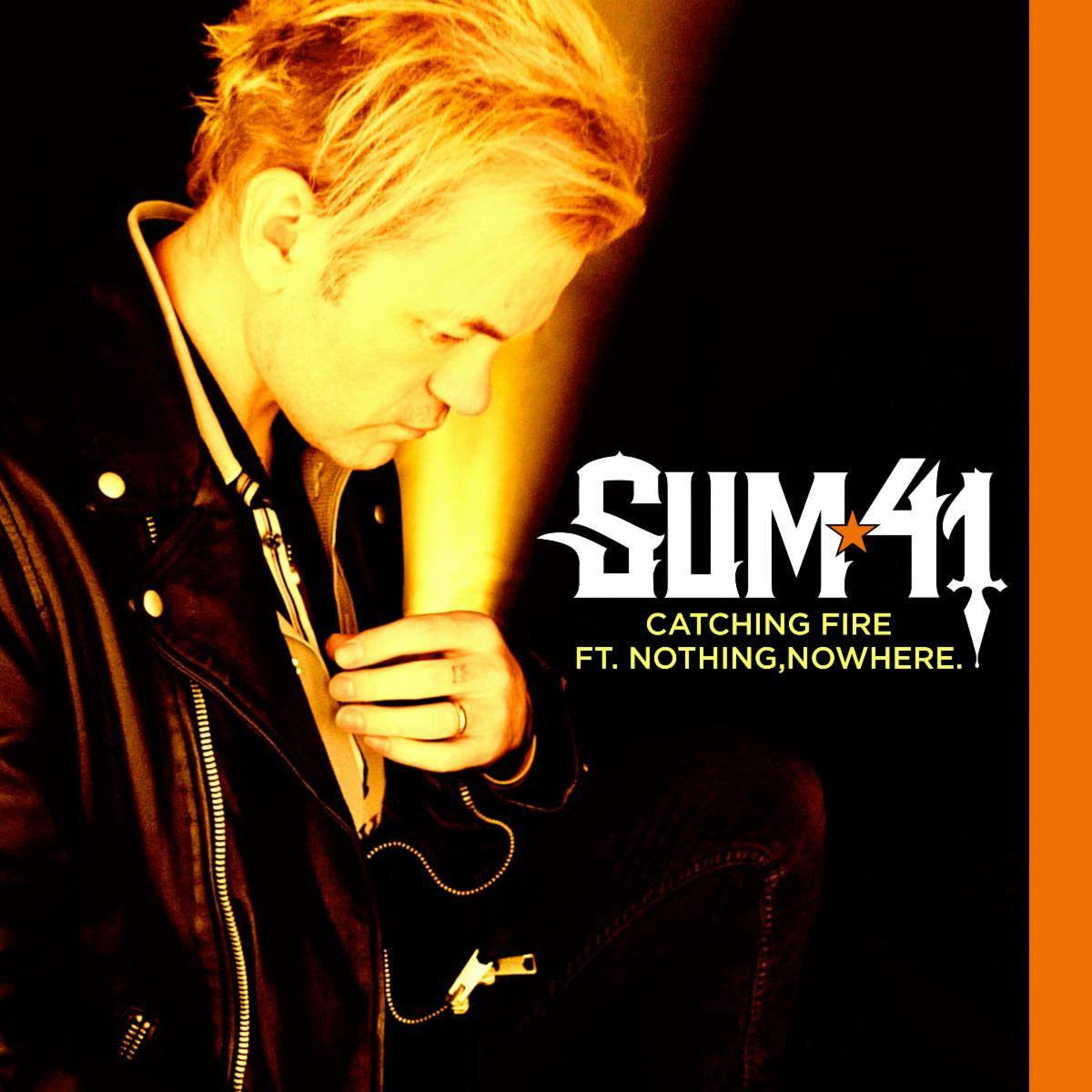 Read the detailed interview with both Deryck Whibley and Wife Ari Whibley as they discuss the healing process after her attempted suicide via People Magazine Here
Sum 41 has dropped a reimagined version of their previously released track “Catching Fire” featuring nothing,nowhere. Deryck Whibley wrote this ballad for his wife, Ari Whibley, after her suicide attempt and they are talking about it for the first time ever in hopes to raise awareness during Mental Health Awareness Month.
Sum 41 fans from all over the world collectively submitted their stories of loss seen in the beautifully shot black and white video for “Catching Fire.” The vision behind the powerful video-turned-memorial is to shine light on suicide prevention and help tackle the stigma behind mental health head on. The video was directed by John Asher, who previously directed Sum 41’s music video for “Never There.”
On the new single, Whibley shares “Writing this song was cathartic for me in dealing with my emotions for the first time about almost losing my wife to suicide. When I first played it for her, it was the beginning of us having an open conversation about what she went through.  In sharing her story, we are hoping to let others know they are not alone and that if you need help, there is no shame in saying so.”
Featured artist nothing,nowhere. continues, "As someone who has had to deal with mental illness throughout my life - it was a no brainer when Deryck approached me to get on this song. I think it’s important to let those close to you know that you love them and that you are there for them unconditionally. I’m a lifelong sum 41 fan and I’m honored to be a part of something like this."
Fans can stream “Catching Fire” now and check out the music video here: smarturl.it/Sum41CFVideo
Armed with the most honest and intimate songs of his career, Whibley poured everything he had into Order In Decline. Producing, engineering, and mixing the album in his home studio, he painstakingly crafted and fine-tuned each song, highlighted by fast and full riffs, guitar solos from lead guitarist/backing vocalist Dave Brownsound, harmonious chords from guitarist Tom Thacker and the heavy, heart-thumping rhythm section of bassist/backing vocalist Cone McCaslin and drummer Frank Zummo. Looking back at the band’s storied 23+ year career, Order In Decline is undoubtedly Sum 41’s heaviest and most aggressive album to date, while also being their most dynamic and raw.
Order In Decline is available now at http://smarturl.it/OrderInDecline.
After over 15 million records sold worldwide, a Grammy Award nomination, 2 Juno Awards (7 nominations), a Kerrang! Award in 2002, as well as multiple Alternative Press Music Awards, Sum 41 is quite simply a rock band – uncompromising and honest with no intention of slowing down.
For anyone that needs help, please contact https://suicidepreventionlifeline.org/ or call 1-800-273-8255.