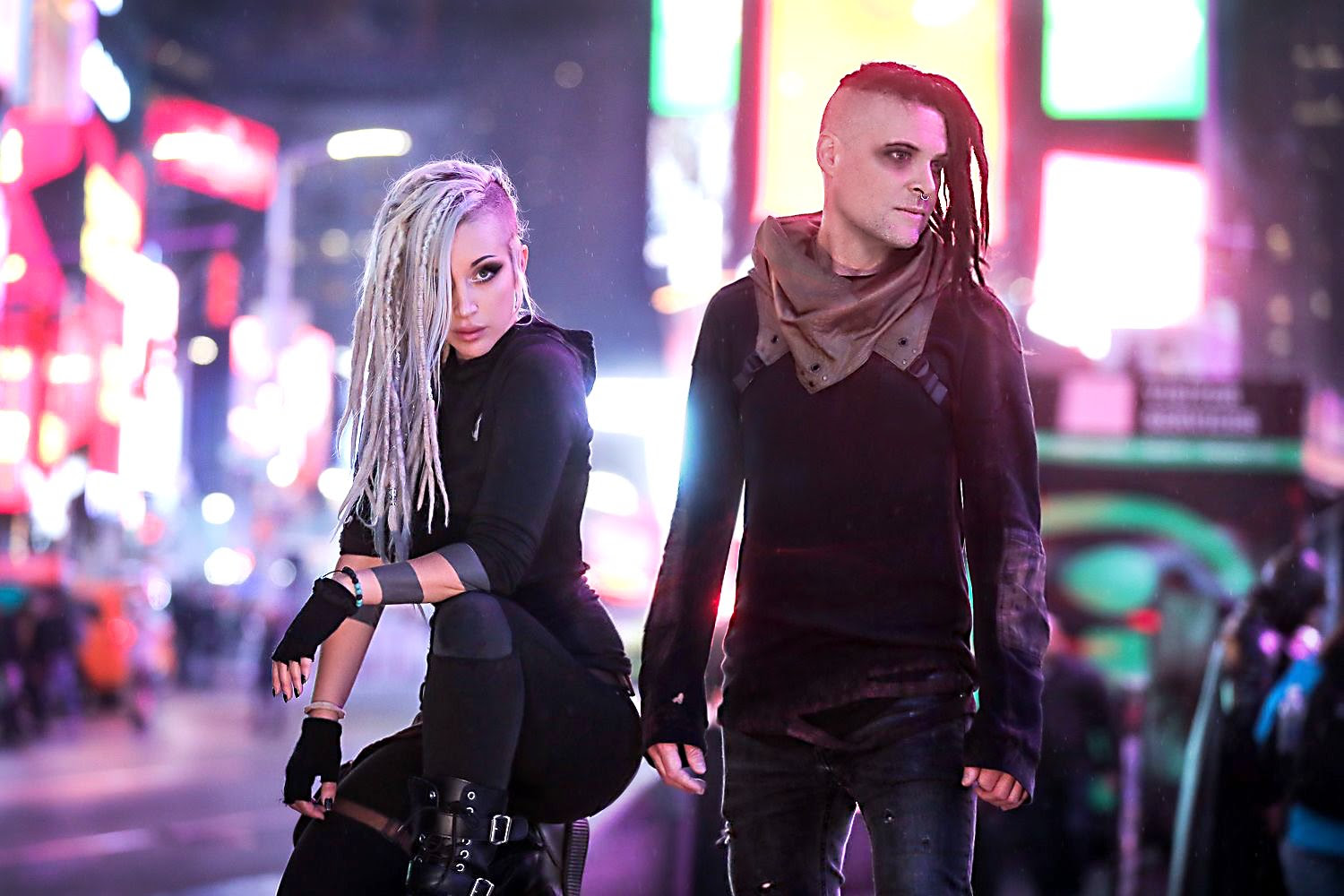 With the band’s growing success online and on the road, the duo began the writing process for their second full length album Cyber Sex Incorporated with Los Angeles Producer Charles Kallaghan Massabo (of Falling In Reverse & Davey Suicide) in early 2019. The goal was to take the success of the first album and grow that energetically and conceptually. The band wanted to take their signature heavy sound and push it more into the realm of the Cyber Industrial. This new batch of songs are absolutely packed with high energy beats, crazy sci-fi sexual lyrics and fits of rage polished into a beautifully twisted package of neon infused Industrial ear candy. The energy and soundscapes musically and lyrically, blended with the width and depth of the production, are definitely next level for the group and next level for D-Punk as the primary writer, mix engineer and producer for the album.

Cyber Sex Inc is set in dystopian future where Corporations have done enough human gene testing that they have figured out a way to “breed out” the ability for the average person to enjoy having an orgasm or really feel much of anything at all sexually. The only way people can enjoy sex or “get off" is by purchasing a pill or multiple pills from the company. The first single , Switch Me On follows a female underground futuristic Cyber Sex pill dealer who becomes a major crime boss. It explores female empowerment and subversive action against the corporate powers that be. The music video for Switch Me On is premiering at Alternative Press and can be seen HERE. Cyber Sex Inc will be released July 31st on Cleopatra Records.