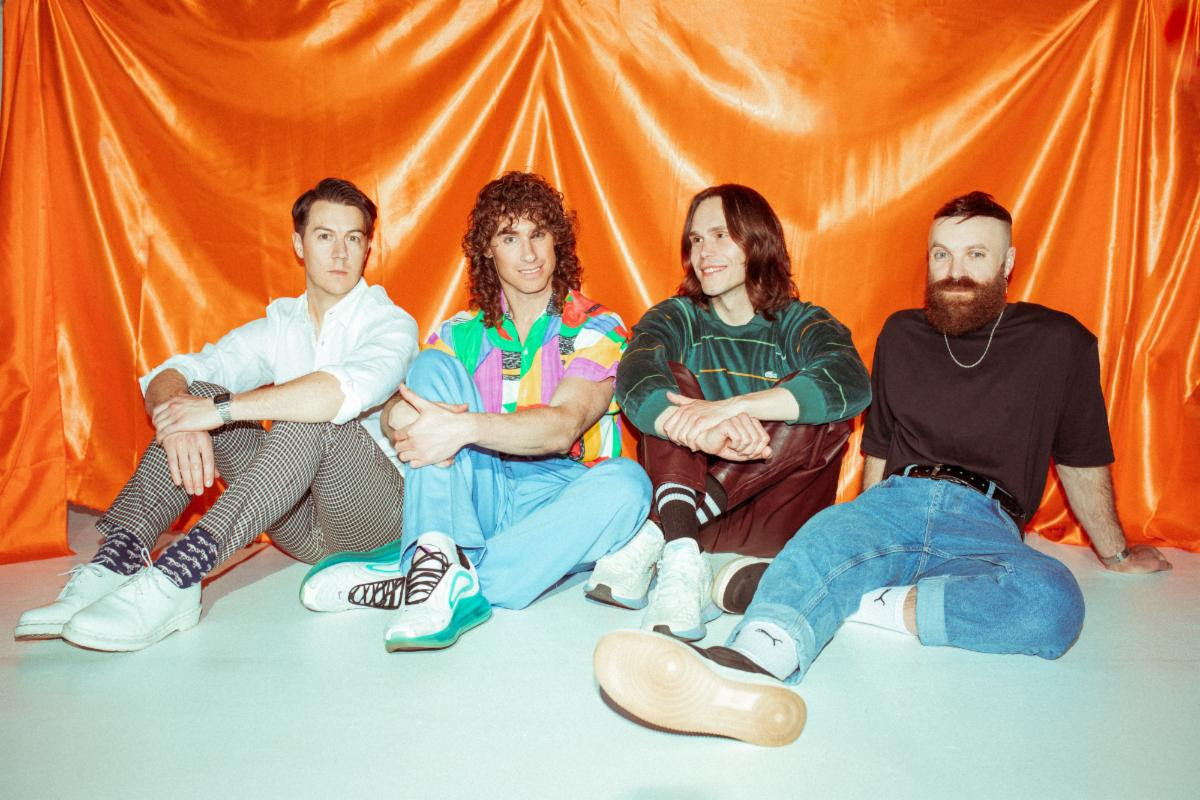 July 8, 2021 – Bedford, England - Don Broco have released their new single “Gumshield,” taken from the forthcoming new album Amazing Things, which will be released on September 17th via Sharptone Records.
“Gumshield” is the ferocious album opener and a vital statement of intent, showcasing the power and excitement to come across Amazing Things twelve tracks. It explores the pitfalls of social media, specifically the damned-if-you-do-damned-if-you-don’t nature of taking a position on issues online.
The video perfectly captures all of this with a climatic and “punchy” feel. In the lead up to release, lead singer Rob Damiani has been documenting his boxing training regime via social media ahead of committing to his first professional fight, a daredevil step into the ring against UK British Heavyweight champion Dave “White Rhino” Allen.
Their social media spats and vigorous training have had fans and media alike speculating as to what’s about to happen, but as the brilliant video reveals, the match itself comes with a different kind of “beatdown.” One that has furious vocals, and a vibe to match Limp Bizkit’s “Break Stuff” and Rage Against The Machine’s “Killing In The Name.”
“Excited to share our new song & video for ‘Gumshield’! After Tom’s fake wedding for the last album and the Beckham fan account hacking on our Instagram before ‘Manchester Super Reds’ we wanted to bow out on one final prank,” shares Rob on today’s video concept. “After seeing all these YouTubers try their hand at boxing we thought it would be an interesting experiment to see if we could convince people I was deluded enough myself to fight a professional boxer. The song itself is about the anxiety that comes with posting online and the fear of resulting arguments so the divisive nature of my entrance to the sport personally hit all those triggers for me! Teaming up with Dave Allen on this was so much fun, hilarious guy and proper top bloke, though think I could definitely have him if we ever had a real fight ;)”
Allen adds, “It has been a great experience working with the Don Broco team on the music video, a great bunch of lads who are very innovative and smart, Rob can’t actually fight though x.”
“Gumshield” follows the release of the album’s first single “Manchester Super Reds No.1 Fan,” which came with an out of this world video, featuring the band in a Star Trek spoof like no other. Whilst nominally appearing to be about a particular football team, the song isn’t actually about love for the club, but the darker side of fandom.
Always unique, and forever pushing boundaries, Don Broco are never ones to follow the trend and the new album Amazing Things is very aptly named. It’s yet another genre-bending masterpiece with electro, rock, pop, metal and more all wrapped up in their own unique blend, bringing to mind the likes of Deftones, Beastie Boys and Linkin Park amongst others… but simultaneously sounding like nobody else on earth.
Fans can pre-order Amazing Things today at http://shrptn.co/amazingthings.
Amazing Things is the band’s fourth album, and follows the release of 2018’s Technology, which was was a Top 5 album in the UK charts and has had over 100 million streams to date, and also 2015’s Automatic, which provided the band with their first Top 10 album in the UK.
Garnering nothing but praise for their relentless high-octane performances, Don Broco have previously sold-out arena shows across the UK, headlining Wembley Arena after selling out Alexandra Palace as well as festival performances around the world including Vans Warped Tour, Download, Reading & Leeds, Slam Dunk & more. They have also toured with the likes of Mike Shinoda, State Champs, Dance Gavin Dance and Our Last Night in the US as well as selling out their very own Debut US headline tour.
This year the band will be headlining Slam Dunk festival in September before heading out on their own UK headline tour, which includes multiple nights in UK Cities, culminating with 2 shows at London’s Brixton Academy. For a full list of tour dates and information on tickets, please head to https://www.donbroco.com/.
Share Share on Facebook Tweet Tweet on Twitter