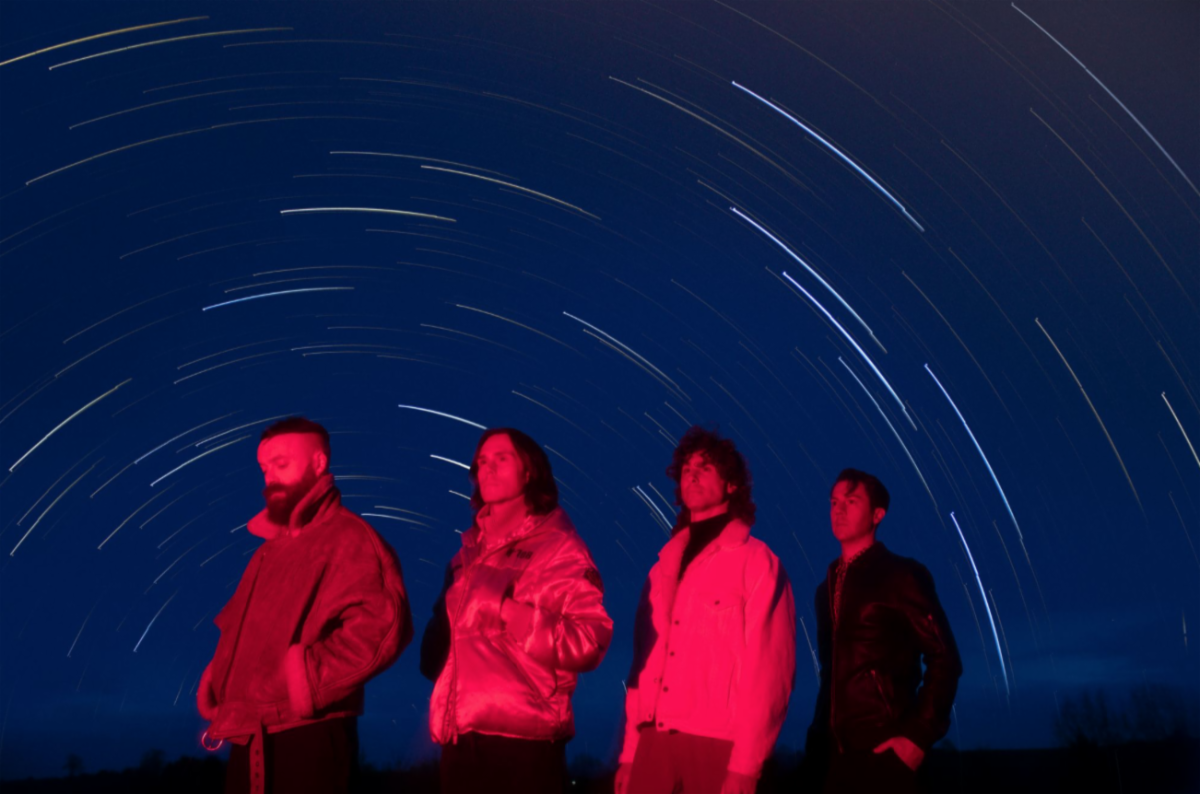 BEDFORD, ENGLAND - Don Broco have released their new single “One True Prince,” taken from the forthcoming new album Amazing Things, which will be released on September 17 via Sharptone Records.
The track sees Don Broco shine a light on their slower and more immersive side, presenting the band in a completely new way. Colossal guitars, thunderous drums and enchanting vocals dance together in a captivating ebb and flow, channelling their inner Deftones to paint a detailed and evocative picture with a stunning sonic palette.


The accompanying video, available here, compliments the expansive vibe, set in the very center of a vast and desolate landscape. As the band musically explore their sound the video’s protagonist explores their beautiful surroundings, traversing the unknown terrain in search of something completely out of this world.


“’One True Prince’ is about finding comfort in the fact that whatever you’re going through and however bad it may feel, nothing lasts forever. In these moments I try to remind myself how insignificant I am. Just one person amongst billions, on a rock orbiting a dying star, in a universe that will eventually implode on itself,” lead singer Rob Damiani comments.


“And when my problems are put in perspective, it’s about celebrating that despite the little time we have in this world we are still capable of creating so much beauty and happiness. We’re about to do amazing things.”


The new single follows the release of their ferocious album opener “Gumshield,” which explores the pitfalls of social media, specifically the damned-if-you-do-damned-if-you-don’t nature of taking a position on issues online. The video is another spectacular, with Damiani stepping into the boxing ring against UK British Heavyweight champion Dave “White Rhino” Allen.


The album’s first single “Manchester Super Reds No.1 Fan” also came with an out of this world video, featuring the band in a Star Trek spoof like no other. Whilst nominally appearing to be about a particular football team, the song isn’t actually about love for the club, but the darker side of fandom.


Always unique, and forever pushing boundaries, Don Broco are never ones to follow the trend and the new album Amazing Things is very aptly named. It’s yet another genre-bending masterpiece with electro, rock, pop, metal and more all wrapped up in their own unique blend, bringing to mind the likes of Deftones, Beastie Boys and Linkin Park amongst others… but simultaneously sounding like nobody else on earth.


Amazing Things is the band’s fourth album, and follows the release of 2018’s Technology, which was was a Top 5 album in the UK charts and has had over 100 million streams to date, and also 2015’s Automatic, which provided the band with their first Top 10 album in the UK.


Having recently announced a handful of warm up shows, this year the band will be headlining Slam Dunk festival in September before heading out on their full UK headline tour, which includes multiple nights in UK Cities, culminating with two shows at London’s Brixton Academy.


Tickets for all of the upcoming shows are available here.