DREAM STATE
RELEASES NEW VIDEO FOR
"ARE YOU READY TO LIVE?" 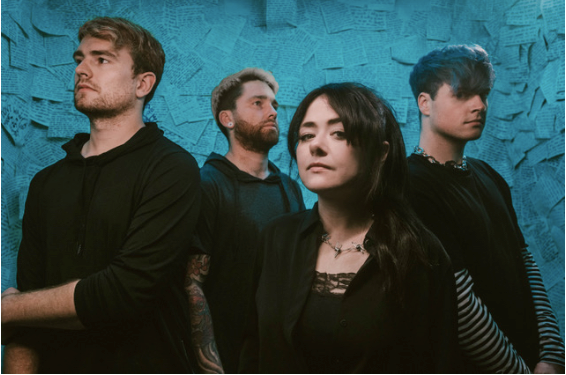 Welsh four-piece Dream State have dropped a brand new music video for "Are You Ready To Live?" today. Taken from the band's debut full-length album Primrose Path, the video showcases live footage from the band along with fun home videos from some of their biggest fans (both human and canine alike).
Speaking about the new video singer CJ Gilpin said 'We all at some point in our lives hit rock bottom, and the only road from there is one of change - only you can really pick yourself up and find the meanings that fit you. To be a fully whole being, you must first conquer your fears and pain by yourself; this life is the journey of self and no one can live it like you. No one will see it like you. Are you ready to live?'
Primrose Path, out now via UNFD, is a real statement of intent. The album was produced by Dan Weller (Enter Shikari, Babymetal, Bury Tomorrow) and spans commentary on social media, alcohol, drugs and much more aside from that, but also, "There's a lot of goodness in there, a lot of fight. I want to wake things up and speak to people who can't and make something of my life," says vocalist CJ Gilpin.
The band took home Best UK Breakthrough Heavy Act at the 2019 Heavy Music Awards, were touted one of the "most exciting young bands on the planet" by Kerrang!. This was the follow up to the band's debut Recovery EP (20 million streams and counting) released back in 2018, which saw them win the Kerrang! Award for Best British Newcomer, following in the footsteps of Neck Deep, Royal Blood and Asking Alexandria.
Fans can stream and purchase PrimrosePath today at https://unfd.lnk.to/PrimrosePath.
Share Share on Facebook Tweet Tweet on Twitter