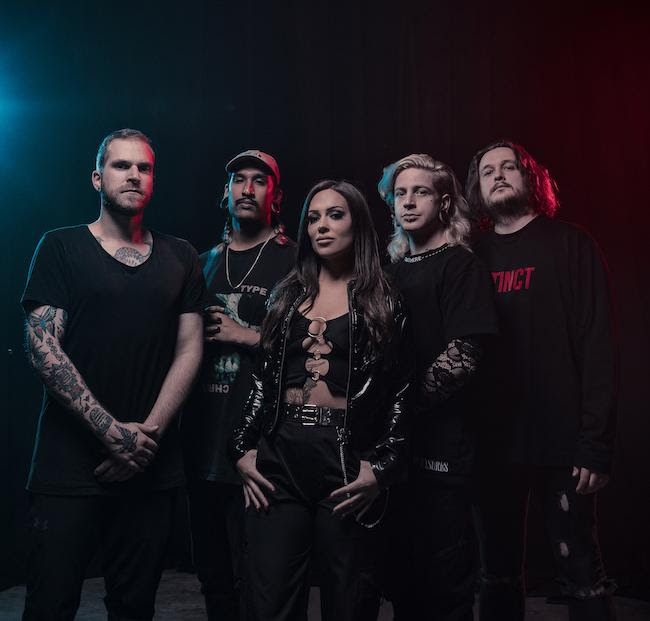 Melbourne metalcore risers Drown This City have released their earth-shattering EP Colours We Won't Know today via UNFD. Following their earlier music video for single “New Burn Order,” the band are celebrating today's release with the reveal of a music video for EP standout “Carbon14.”


“Carbon14” was written lyrically by DTC bassist/vocalist Toby Thomas, who shares that the track is a comparison between carbon isotope (or, Carbon 14) and himself – where the former is an atom known for being in a constant state of decay, Thomas describes how he has often felt this way in relation to his mental health journey.


"The lyrics are a personal expression of the inner turmoil I have felt between the fight for positivity while also not believing it is something my atomic structure would ever allow me to experience," he says.


"The story is told from the perspective of a man who has spent years working at his mental health only to feel a sense of failure and constant short comings. It describes the mental turmoil the character is experiencing whilst trying to stay on track to better himself instead of giving in to his demons and settling into the comfort of a darker state of mind."


Despite its darkness, the release ultimately offers a glimmer of hope with the message that it’s never too late to tackle your mental health head on, even long after you think you’ve beaten it. With their own personal wounds truly laid bare and continuing to heal, ultimately Drown This City hope to stir up the courage in everyone to dig deep and fight their buried pain.


To date, Colours We Won't Know has garnered over 90K streams, meanwhile the band found themselves gracing the playlist cover for Homegrown & Heavy.


Colours We Won't Know is out in full now via UNFD. Drown This City play the Melbourne leg of Full Tilt Festival alongside Northlane, Hands Like Houses, Thy Art Is Murder, Luca Brasi, Slowly Slowly, Make Them Suffer, and more in July and are set to support In Hearts Wake on their national tour in November.


For more information on Drown This City and Colours We Won’t Know, please visit: https://unfd.lnk.to/ColoursWeWontKnow.