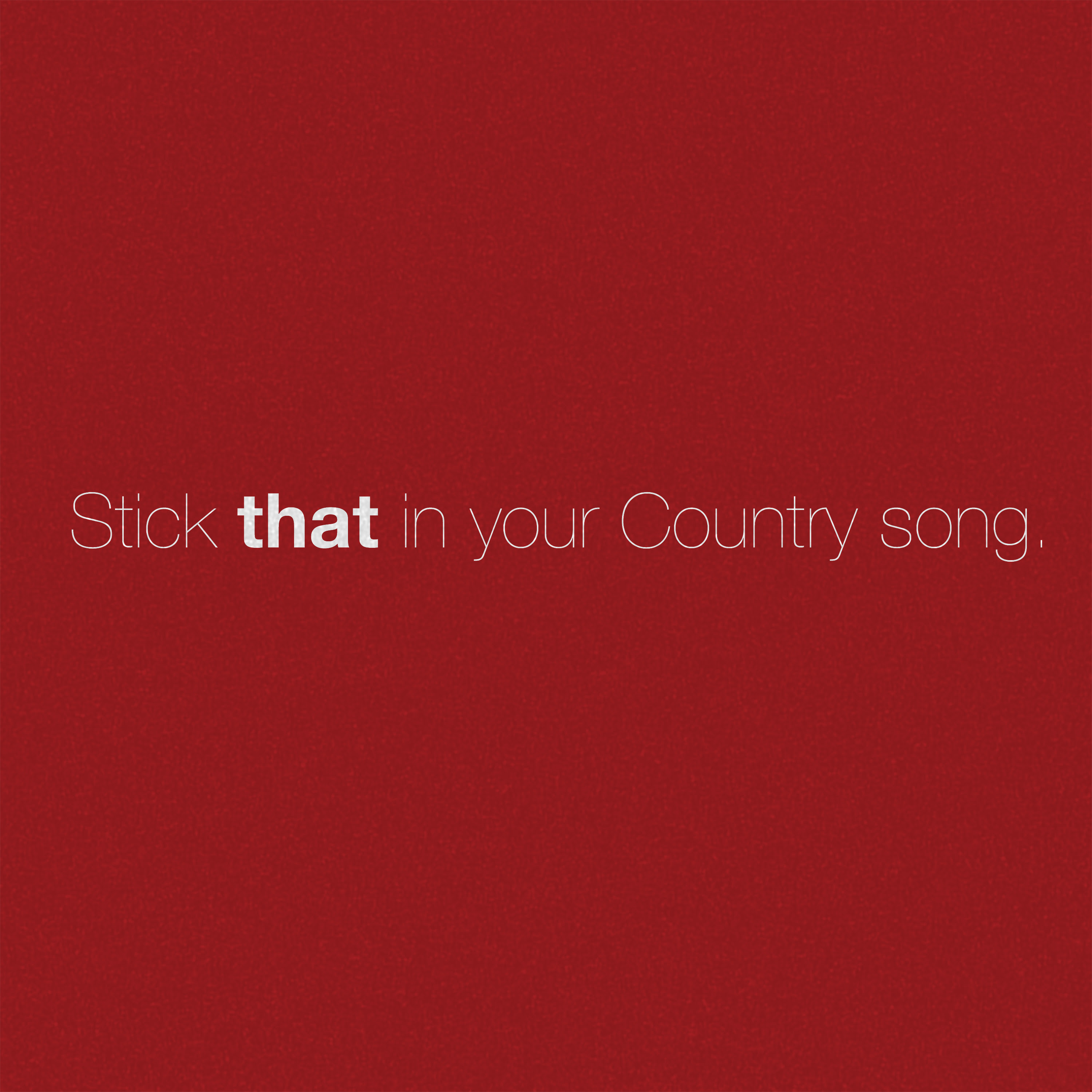 Praised by the Los Angeles Times as a “forthright truth-teller” in Country music, Eric Church shared earlier this year that new music was coming. Writing and recording in a rural cabin in North Carolina, the current ACM Entertainer of the Year nominee has had his eagerly-anticipated new single hinted and speculated at throughout recent performances on ACM Presents: Our Country (“Never Break Heart”), Stagecouch (“Jenny”) and in a defiant spoken-word recording, “Through My Ray Bans.” With an iHeart world premiere locked for this Thursday, June 25, ahead of its Monday, June 29 add date at Country radio, the new single is “Stick That In Your Country Song.”

In keeping with his trademark desire to put fans first, Church initially teased the release in a video sent directly to Church Choir members. “I wanted you guys to hear from me first that a new single is about to hit the world,” he shared. “It’s gonna be the tip of the spear for what’s coming after, and it’s a big spear. I believe it’s the best we’ve ever been in our career.”

“I try to put myself in the most uncomfortable situations,” Church explained at the CRS “Chasing Creativity” keynote event earlier this year. “Making it hard, and making sure no one is mailing it in. That’s always something we have to push ourselves to chase. For me, it’s very elusive. With creativity, the harder you try and stress, the more it doesn’t happen.”

Never afraid to speak his truth, Church is celebrated by Esquire as “one of the most singular working artists in any genre.” With this new single, he offers a social commentary on the state of the world and provides a rallying cry for cities from Detroit to Baltimore and people from young military veterans to school teachers, culminating in an emphatic “Stick That In Your Country Song” as each chorus hits. With a lyric video highlighting this poignant message, Church again puts the focus on fans first by offering his Church Choir an exclusive sneak peek at the video this Thursday, June 25 ahead of its wide release on Friday, June 26.