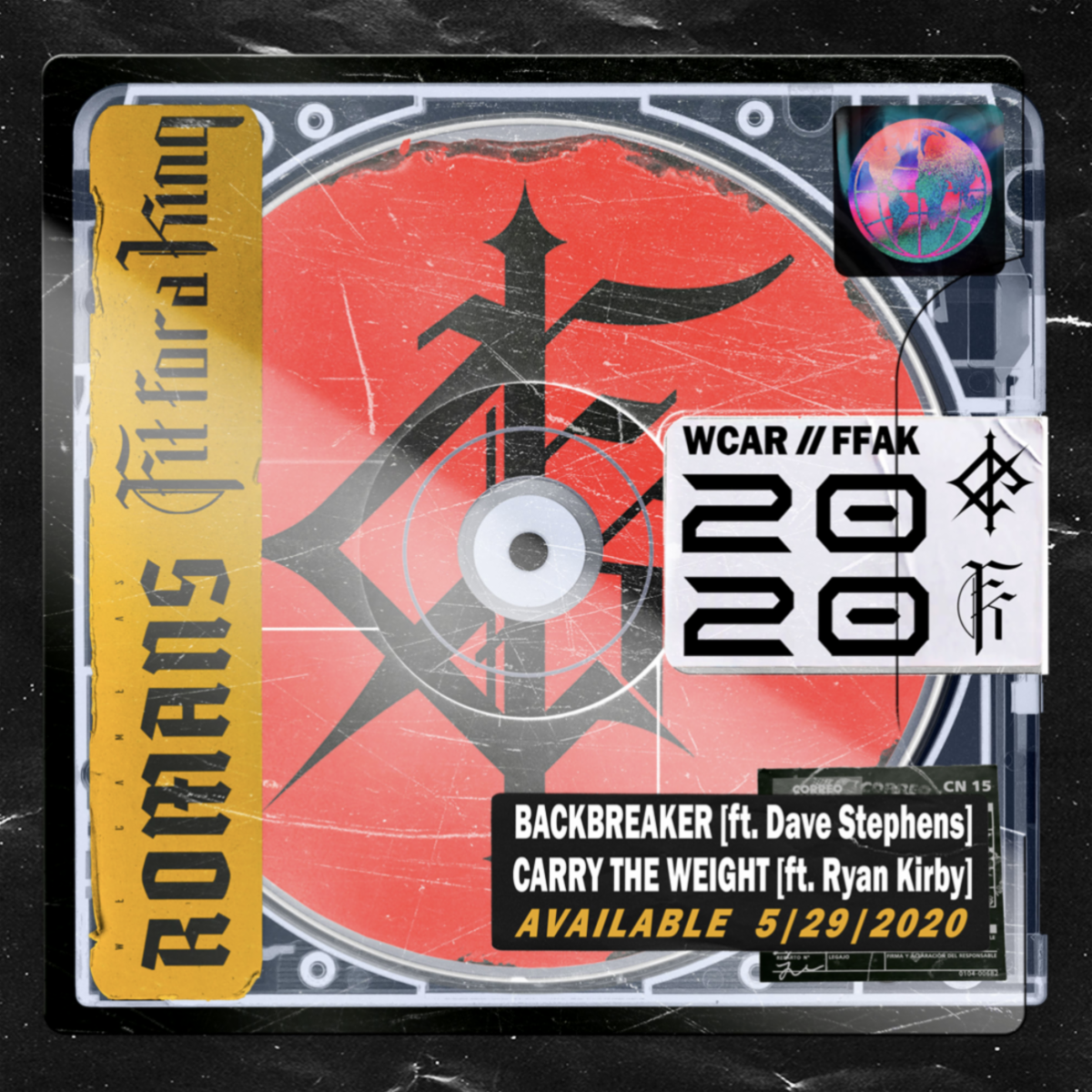 Fit For A King have teamed up with We Came As Romans for a partnership that heavy music won't forget. After dropping a limited edition merch collab earlier this month, We Came As Romans' lead singer Dave Stephens hopped on for a new version of "Backbreaker" while Fit For a King's front man Ryan Kirby joined on "Carry The Weight" for a special 2-song collection that is sure to bring some energy into listener's ears. The tracks have already garnered the coveted cover of Spotify's New Core Playlist and can be streamed today at https://ffak.ffm.to/bbwcar.opr.
"With touring being put on ice, our bands wanted to do something to bring bands together, in a way that usually only touring together can," shares front man Ryan Kirby. "It started as just a collab merch idea, to a last second cover swap, and we are super pumped with how it turned out."
Most recently, Fit For A King released massive rock anthem "Breaking The Mirror." The explosive and heavy-hitting single solidified their place as a band at the forefront of the rock world.Fans can stream "Breaking The Mirror" today at https://ffak.ffm.to/ffak.
Fit For a King recently had to cancel a majority of their tour dates for the Dark Skies World Tour. It was in celebration of Fit For A King's 2018 massive release of the same name which is truly an evocative declaration of a hard won victory. "This album is far from happy. It's about personal struggles," explains Kirby. "It touches on many subjects relevant to all of our daily lives." Throughout the album, produced and mixed by the legendary Drew Fulk (I Prevail, Motionless In White, Memphis May Fire), heavy music and melodic hooks are used to honestly explore the dark sides of life.
STREAM NEW SONGS AT
FFAK.FFM.TO/BBWCAR.OPR
Share Share on Facebook Tweet Tweet on Twitter