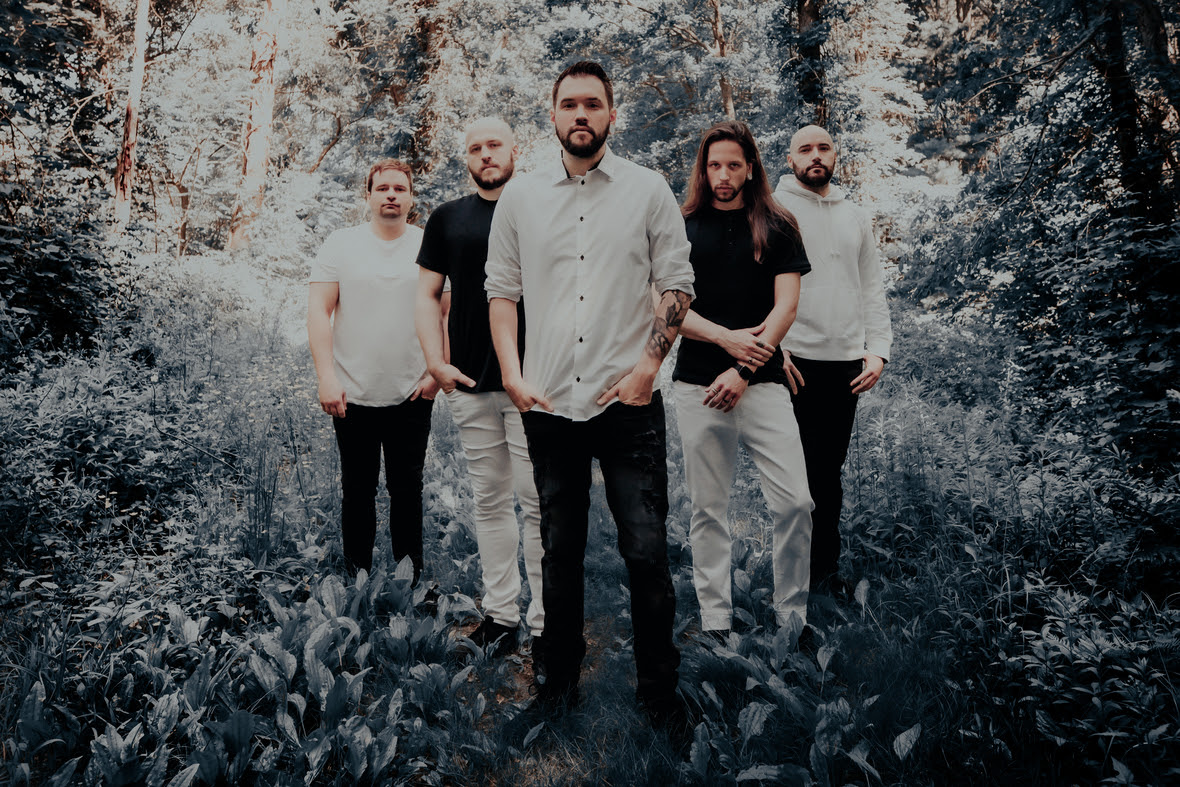 
Worcester, Massachusetts metalcore band Hidden Figures are back with their brutal new single “Borderline,” featuring Ryan Kirby of Fit For A King. The track wastes no time diving right into the action with frontman Nick Farrar's distinctive vocals ramping the track up from 0-60 in 8 seconds.

Lyrically, the song was brought about from Farrar's struggle with mental health, dealing with both Borderline Personality Disorder and Post Traumatic Stress Disorder. “The song is an inward reflection on how the two mental disorders have affected me in my life and how in trying to deal with them over the years have cost me relationships with family members, friends, and significant others,” Farrar explains. “In the song we talk about what it is like to deal with the disorders in themselves and we take a look into what I perceive to be the reason why people have walked out of my life or just abandonment in general.”

“Borderline” is the first single for the band's upcoming debut album For The Both Of Us, slated for release later this year. Strongly influenced by bands such as Like Moths to Flames, Wage War, Polaris, In Hearts Wake, and Fit For A King, Hidden Figures is currently in the studio with Ricky Armellino (Ice Nine Kills, Hawk) in Lancaster, PA and the album will feature guest appearances from Ryan Kirby of Fit For A King and Ricky Armellino. Although Hidden Figures is a new band, they are currently rising quickly, working with Dan Hourihan (Director of Ice Nine Kills music videos) on videos for their first two singles "Nothing You Could Say" and "Don't Let The Door Hit You On The Way Out."

Hidden Figures formed in 2020 by Rikky Fay and Casey Evans after their previous band, Kerrigan, was put on indefinite hiatus following the passing of their Guitarist Tim Plouffe. The two were joined by other members of Kerrigan, Zach Sharp and Devin LaPlaca and is being fronted by vocalist Nick Farrar.

Listen to the single "Borderline" now on Spotify.