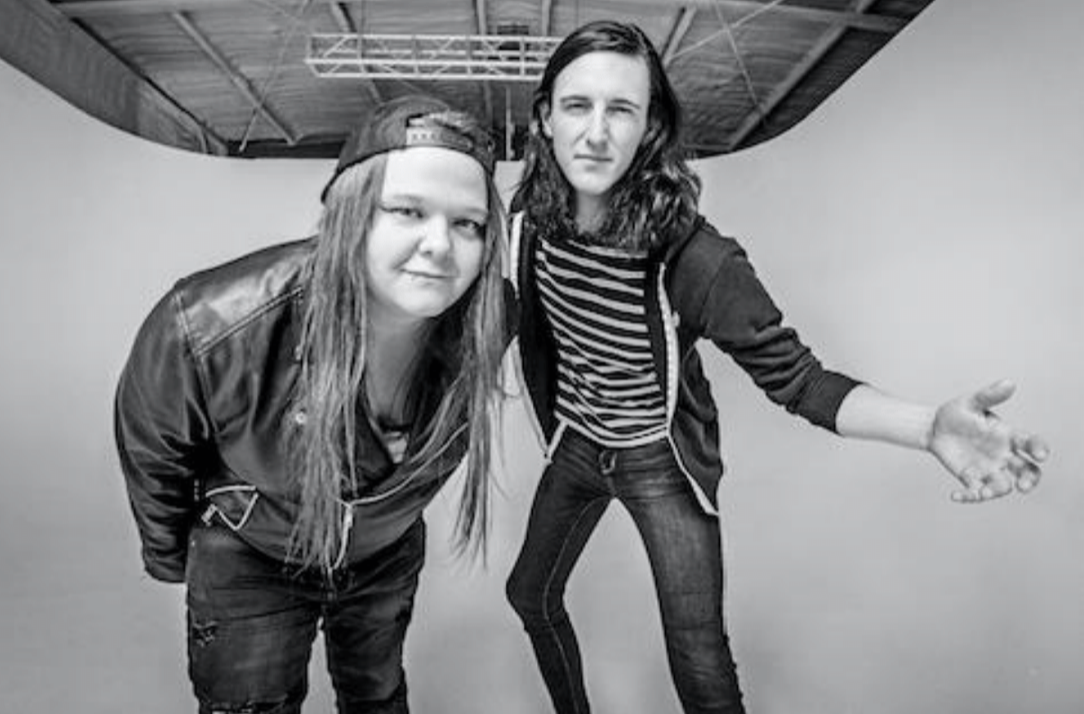 Fort Collin's punk duo Plasma Canvas have released another new song from their upcoming EP 'KILLERMAJESTIC' out June 12, 2020 via SideOneDummy Records. Fans can listen to "Saturn" as well as read a Q+A with the band over on Flood Magazine today at this link: https://floodmagazine.com/78170/premiere-plasma-canvas-revisit-2-a-m-phone-calls-on-saturn/


Tomorrow, Friday, May 29, the song will be available on all streaming platforms. Fans can find it here: https://found.ee/RDea
"Saturn" follows the release of "Firecracker",which debuted with Brooklyn Vegan and can be streamed here or on Spotify and Apple Music. Fans can also watch the music video for the title track on YouTube.
'KILLERMAJESTIC' was produced by punk rock hero, Bill Stevenson, who has been an original member of the band Descendents since their inception. He has also produced albums for bands like Rise Against, NOFX and The Lemonheads.


"KILLERMAJESTIC" kicks off with a visceral scream. It's a burst of pure, primal emotion that sounds like vocalist/guitarist Adrienne Rae Ash's actual throat is escaping from her body into the big, bad world outside. A blistering re-recording of a song from the band's 2016 debut album, it's a bold mission statement that reasserts who Plasma Canvas is now, and what the band is all about. Even more forceful and raw than the original recording - which captured all the angst, frustration and confused emotions that were swirling around inside Ash's mind and heart until she came out as trans in 2015 - it firmly reasserts the powerful identity of the band.


"That scream came from the fact that it was the first album I had gotten to do completely on my own," says Ash. "It was the first time I'd ever put together a full record of any kind with any band. I'd been out as a trans woman for a couple of years at that point, so I felt like I'd been standing on a springboard for the first 25 years of my life, and when we recorded that song it was all of it coming out at the same time. When we re-tracked it, I knew that it had to be that intense. I wanted it to feel like what accepting your transness feels like, which is terrifying. It's like you've had someone holding your head under water for your entire life, and then you finally get up the strength to release yourself and take a deep breath and scream really loud."


Joined by drummer Jude McCarron, the punk rock duo has only begun to share a sense of empowerment and catharsis that can be found on the EP's five tracks. As much as it's an insight into what Ash's day-to-day existence is like, it also serves as a portrait of being a marginalized person in the USA in 2020. As such, even though these songs aren't explicitly political, they are also inherently political, because, as Ash points out on the band's Facebook page, for her, even just existing is an act of rebellion.
KILLERMAJESTIC is now available for pre-order by visiting: www.sideonedummy.com/store