DEBUT ANIMATED LYRIC VIDEO FOR "FORGIVENESS IS AN ART" 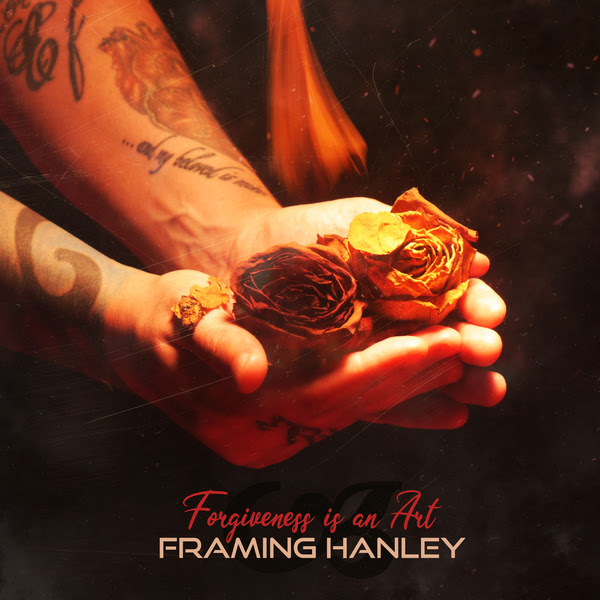 Framing Hanley have released an animated lyric video for "Forgiveness Is An Art". After a 6 year hiatus, the band released their Envy album released through Thermal Entertainment earlier this year right at the start of the pandemic.
Kenneth Nixon on the song "This song was a special song for us in the making of Envy. When Ryan informed us he’d be stepping away, Stoye moved from bass to guitar. This riff was the first riff he played out of the blue one day at rehearsals, and at the time, we thought the album was complete. But I heard the riff and said “yo…let’s run with that.” The lyric “forgiveness is an art” was the first thing that came out of my mouth when I started ad-libbing (“cave-manning,” as I say…basically making melody and phonetic sounds to get the scope of the idea, and approaching later to write the story). Lyrically, it makes sense why that popped in my head though. We had gone through a lot of crap throughout the previous 12 months in working on this album, some things I’m not legally allowed to talk about. But this song was a response to all of that. This was the last song written for Envy but also the first peek at the next chapter of Framing Hanley."

He adds on the video "We wanted to put a lyric video out for this song and teamed with the talented artist Matthew Entecott to do something a little different. Hopefully you dig and hopefully you share."
The first single from the album PUZZLE PIECES has already surpassed 15 million streams making it their most streamed original song in their history.
Framing Hanley had released three albums prior to breaking up in 2015. The Moment (2007), A Promise To Burn (2010) and The Sum Of Who We Are (2014) has sold over 200,000 albums, 1.5 million downloads and music has been streamed over 150 million times.  Official music videos have surpassed 40 million views.  Radio hits included Hear Me Now, Lollipop, You Stupid Girl, Collide and Criminal.
Follow Framing Hanley on social media:
Facebook: www.facebook.com/framinghanley
Instagram: www.instagram.com/framinghanley
Twitter: www.twitter.com/framinghanley
YouTube: https://www.youtube.com/framinghanley
Share Share on Facebook Tweet Tweet on Twitter