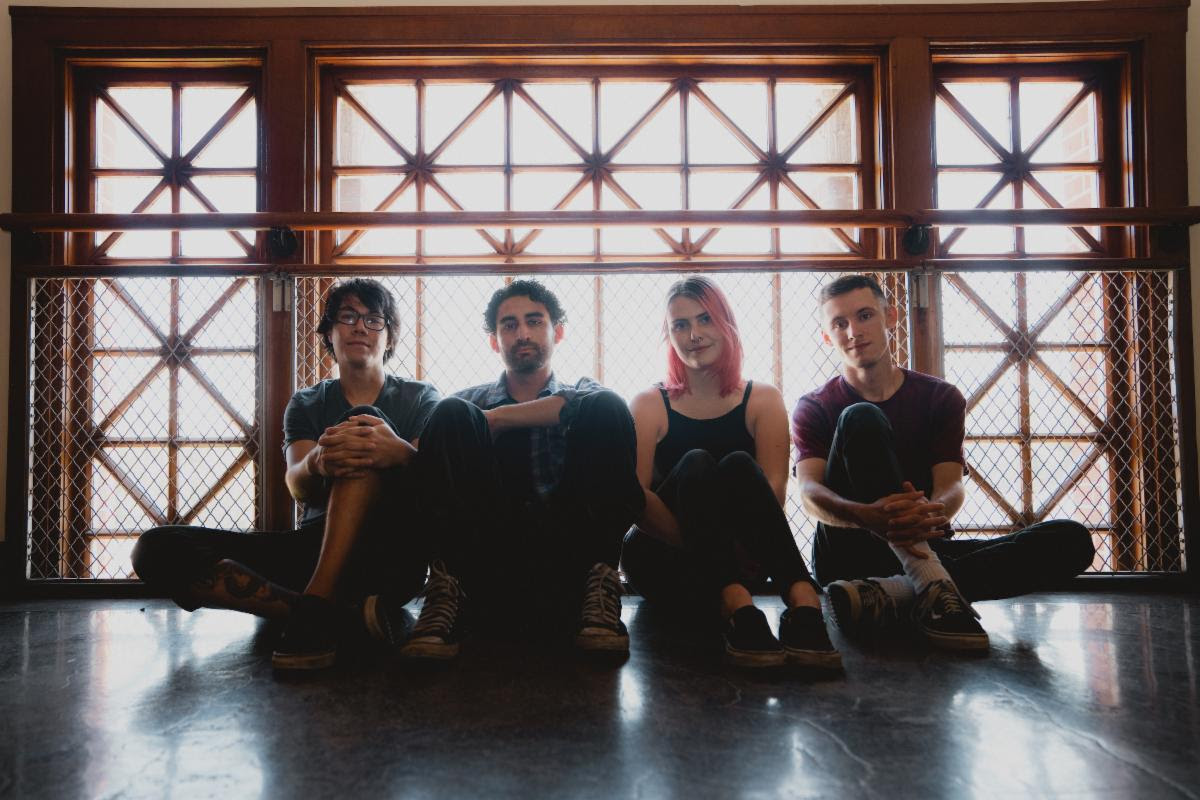 "Perception" comes from the band's latest album, The World You Want To See, which was released on February 28th via Equal Vision Records / Common Ground Collective. It is available for purchase now at glacierveins.merchnow.com.

"I like to think of "Perception" as the theme song of the record, acknowledging how everyone perceives the world in their own way, which sets us up to realize the power we have in the way we experience our lives," shares Malia Endres. "I hope the song encourages listeners to reflect on how they think about themselves, their experiences, and their world in a way so that they can see the beauty and magic in all of those things."


She continues: "The music video was created by our friend Andrew Le as a fun reflection on our tour with Have Mercy, Fredo Disco and Young Culture. We are so grateful to have been able to play those shows and spend time with those bands. It was an inspiring tour for us and we are excited to share some of those moments with you in this video."


When most people come to epiphanies, it takes a big moment to get them to change their mindset. But for singer/guitarist Malia Endres of Glacier Veins, looking at the world differently came easy. "This has been a gradual thing over
the last three years, but I've been a lot more tuned in to my own thoughts," says Endres. "If I ever feel my thoughts becoming too negative or pessimistic, I try and turn it around and see something good out of it."


This was the message her and the rest of Glacier Veins-rounded out by bassist Kyle Woodrow, guitarist Jason Espinoza, and drummer Tyler Groce-explore on their new record The World You Want To See. While Endres has been writing and performing as Glacier Veins since 2015, releasing EPs in both 2017 (Dreamspace) and 2016 (Clear Your Head), The World You Want To See was the first project that had a finalized lineup from start to finish. "I started this project a couple years ago as my solo project, with hopes to turn it into a full band," says Endres. "We've been through a lot of different members, but with this album we finally feel like we've found our set group. That makes it feel like a more collaborative songwriting process."


With that, they took to the woods. Enlisting producer Justin Abel, they went to his studio on the outskirts of their hometown of Portland to record. "We spent about nine days in the studio, which isn't a lot of time for nine songs," says Endres, "but it didn't feel like we were rushing through it. We had things mapped out but Justin had great suggestions. It felt like a great space to bust out a sick record."


In short, they succeeded. The World You Want To See sidesteps the usual stumblings of a debut record in favor of giving their ever-growing audience even more work to hold onto.
Glacier Veins released The World You Want To See on Friday, February 28th via Equal Vision Records/Common Ground Collective. To purchase, please visit: glacierveins.merchnow.com.
Share Share on Facebook Tweet Tweet on Twitter