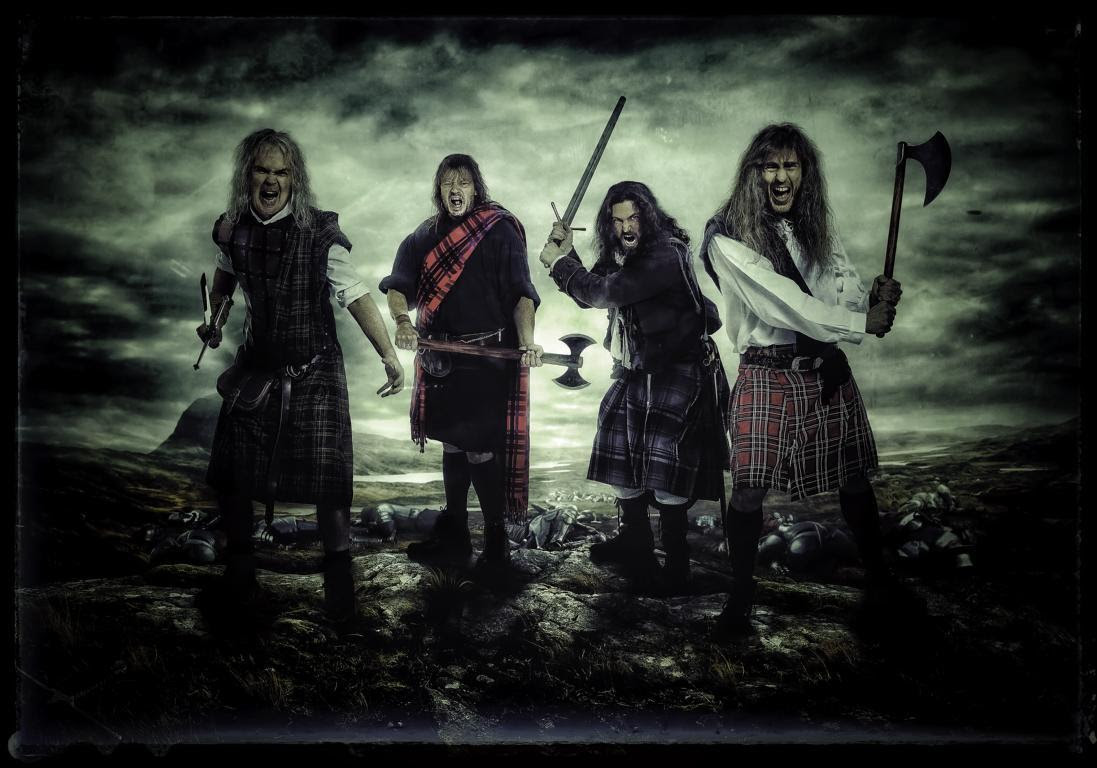 After the chart breaking release of German Heavy Metal heroes GRAVE DIGGER’s 20th studio album on their 40 year band jubilee, the band around singer Chris “Reaper” Boltendahl have released the fourth video, taken from Fields Of Blood, “Barbarian”.  Heavy riffs, thundering drums and the distinctive vocals take us back to 1746 - to the battlefield of Culloden deep in the Scottish Highlands, where the Jacobites were defeated in a bloody battle by the Duke of Cumberland - The “Barbarian”.


GRAVE DIGGER on “Barbarian”:
BARBARIAN ... the new Grave Digger single "Barbarian" from the album Fields of Blood is Teutonic steel in its purest form. No prisoners are taken here ... you can feel how Cumberland pushes the "Highland Cleanings" and how whole villages are getting destroyed.  He violates the Highlander women and kills everything in his way. His indescribable Cruelty is unparalleled in the history of Scotland. "Barbarian" will become another band classic Chorus will be hammered in your head... "Cold blooded murderer, Killer of the Jacobites, Butcher of Culloden, Cumberland the BARBARIAN."


40 years of pure Teutonic steel, 40 years of iconic GRAVE DIGGER: 2020 marks a glorious anniversary of one of the most distinctive metal bands of German heavy metal! These titans released their 20th studio album, Fields Of Blood, which is not just a very special anniversary album, after The Clans Will Rise Again and Tunes Of War, this is the final part of GRAVE DIGGER's epic Scottish Highlands trilogy!


Fields Of Blood takes us on an emotional journey through Scottish history and into explosive sound landscapes. Driving riffs and epic choruses meet the famous "Great Highland Bagpipes": In the Highlands, the battlefields of Stirling, Bannockburn and Culloden, the listener will find himself on a rollercoaster between grief and triumph again, losses and wins with the Scottish freedom fighters in an auditory battle of unique traditional metal.


After releasing three previous singles – the metal hymn “Lions Of The Sea” (watch the video HERE!), the merciless banger "All For The Kingdom" (watch the video HERE!) and the touching metal ballad “Thousand Tears” featuring Noora of Battle Beast ( check out the song HERE!) – today, GRAVE DIGGER present us “Barbarian”!
Share Share on Facebook Tweet Tweet on Twitter