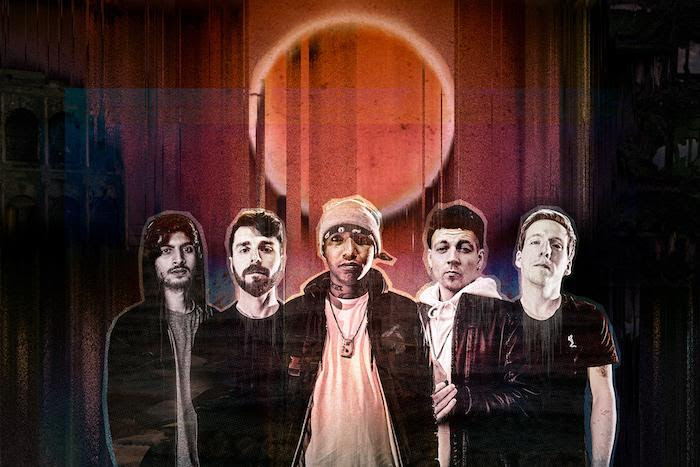 UK grime-metal quintet Hacktivist have released a video for their crushing new single “Hyperdialect,” the title track from their eagerly anticipated new album, due for release on June 18th via UNFD. The single features a guest appearance from Aaron Matts, vocalist of ten56. and former vocalist of Betraying The Martyrs.


"This single is about trying to describe our signature sound and how we use it. If our band was a comic book hero, then 'Hyperdialect' would be their weapon or superpower! It's our method of attack, our way of putting our governments and mainstream medias in the crosshairs. But rather than brute force we use 'Hyperdialect' to strike back.


"Technically you could say that all Hacktivist music is 'Hyperdialect'. That's one of the reasons we also chose it as an album title, this song then stands as an autological explanation of itself as a theory."
Aaron Matts adds:


"Being a part of Hacktivist's hard-hitting movement was a task that I took huge pleasure in; when the band briefed me on the track and its meaning, we were still in a pool of uncertainty in the process of ironing out what Brexit would mean to us all. As a British musician living overseas, this was the perfect opportunity for me to focus my frustration and upcoming hardships concerning the situation, and I'm incredibly proud of the result and to be a part of Hacktivist's legendary legacy."


Hyperdialect is available to pre-order here: https://unfd.lnk.to/hyperdialect
Hacktivist will perform a special one-off headline show to celebrate the release of Hyperdialect. on July 29th 2021 at London's Signature Brew. The show will feature support from rising artist Kid Bookie who features on the band's single “Armoured Core.” Tickets are on sale here: www.hacktivist.uk.com/shows.


Hacktivist will also bring Hyperdialect to life on festival stages later this year, having been confirmed to appear at Bloodstock and Slam Dunk Festival.


Question everything. Consider your sources. Be wary of ulterior motives, insidious media narratives and even your own unconscious bias. Trust sparingly and try to make smart, informed choices. As the world slides further into ruin at the behest of old, rich white men ruling with catastrophic, zero-sum thinking, it’s more important than ever to be vigilant and fight back against the forces that be who seem hell-bent on creating a dystopian future for us all.


Luckily, Hacktivist are back to help cut through the noise and bullshit, tooled-up and ready to attack with renewed vigour and reinforced ranks; with Jot Maxi and J. Hurley now sharing the vocal and lyrical load, drummer Rich Hawking and bassist Josh Gurner bringing the beats and rhythms, and guitarist and production don James Hewitt fleshing out the group’s genre-fluid muscle. Hewitt played a very active role in Hacktivist's writing and recording process, bringing a new and compelling dynamic to the table.