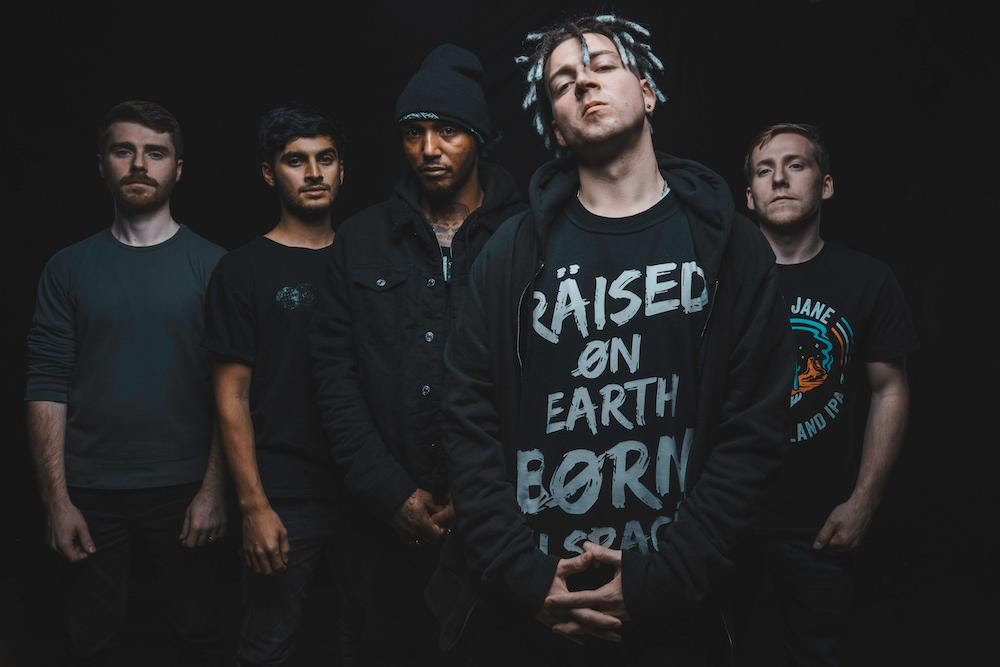 UK grime-metal quintet HACKTIVIST have released a video for their brand new single “Armoured Core,” out now via UNFD. HACKTIVIST have teamed up with rising artist Kid Bookie on the track, following his recent collaboration with Corey Taylor, as “Armoured Core” marks the beginning of an exhilarating chapter for the five-piece.
Co-vocalist J. Hurley comments: “It’s like a shield against anyone attacking us. Anyone can say anything they want, but you can’t get through the armoured core! Talk shit if you want, but it ain’t gonna affect us. I listen to a lot of other rappers and I know that my lyrics are strong. I know that no-one can fuck with this.”
“This is a song for anyone who is going through a hard time and needs building up. It’s motivational. It makes you feel like, ‘Nothing can touch me, I can do this’, but it’s personal to Hacktivist as well," adds co-vocalist Jot Maxi. "With what we’ve been through, a lot of other bands might have broken up, but we’re back with this new record and a new dynamic, which even I think is great and I’m super self-critical. As long as you’re alive and still breathing, your core is armoured and protected by something. This song is a reminder to stay strong.”
Kid Bookie concludes: "Glad to be working with the boys, man! When you have an eclectic bunch pushing a sound I love forward, why the FUCK would I never want to share some sonic space with a bunch of beautiful, sexy, iconic men?! Fuck the free world, HACKTIVIST up in this bitch."
Question everything. Consider your sources. Be wary of ulterior motives, insidious media narratives and even your own unconscious bias. Trust sparingly and try to make smart, informed choices. As the world slides further into ruin at the behest of old, rich white men ruling with catastrophic, zero-sum thinking, it’s more important than ever to be vigilant and fight back against the forces that be who seem hell-bent on creating a dystopian future for us all.
Luckily, HACKTIVIST are back to help cut through the noise and bullshit, tooled-up and ready to attack with renewed vigour and reinforced ranks; with Jot Maxi and J. Hurley now sharing the vocal and lyrical load, drummer Rich Hawking and bassist Josh Gurner bringing the beats and rhythms, and guitarist and production don James Hewitt fleshing out the group’s genre-fluid muscle. With a brand new album in the works, scheduled for release in 2021, Hewitt played a very active role in HACKTIVIST's writing and recording process, bringing a new and compelling dynamic to the table.
In 2016, when HACKTIVIST initially set sights on their enemies with debut album Outside The Box, the world wasn’t fully equipped to heed their warnings and pay attention to its timely rallying cries. They return into a very different one, however – a world that’s sadly now all-too-finely-attuned to the horrors they first forecasted four years ago. In the wake of a global pandemic that has sharpened collective senses and exposed the systematic flaws across society, these should be times primed and ready for the truth-bombs that HACKTIVIST are about to drop. But recent hardships only amplify the band’s messages – these dispatches from the edge were written way before a virus brought humanity to its knees.
Keep your eyes peeled for more news on HACKTIVIST soon.
Share Share on Facebook Tweet Tweet on Twitter