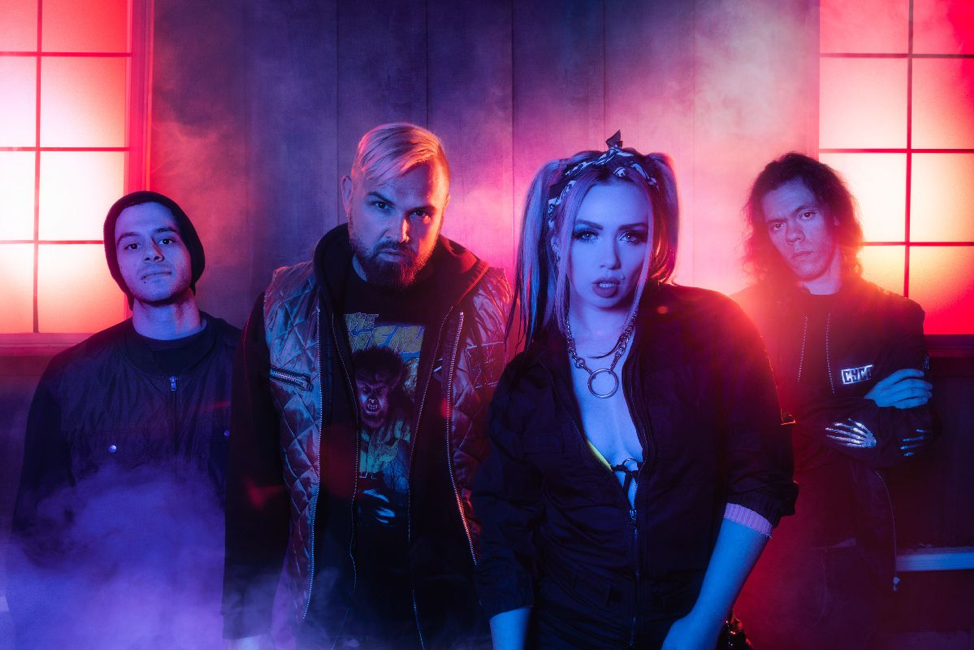 
SUMO CYCO's explosive first single/video, "Bystander", burst with attention upon its release in mid-February, garnering over 100,000 YouTube views in just four days! Now, the multi-faceted musical powerhouse has returned with another single - the chaotic, sauntering "No Surrender". Packing a punch with pop star-turned-rock frontwoman Skye “Sever” Sweetnam's dynamic vocal delivery and an impassioned, riffy chorus, the track coincides with an introspective music video.


Skye “Sever” Sweetnam says about “No Surrender” and its video:
“'No Surrender' is about the struggle to be your authentic self, living your truth and battling inner demons. The music video depicts four characterized versions of myself representing different sides of my personality and how I see myself. They’re lurking in the darkness over my shoulder, always questioning each other’s decisions.


The song is written from the perspective of the voice or voices in my head. Telling me to run one moment and another to hold my ground and another to fight back. In between some epic rocking out with the band, I wanted the viewers to visualize the colorful juxtaposition that goes on in my mind.”


Watch the intense new music video for “No Surrender” HERE: