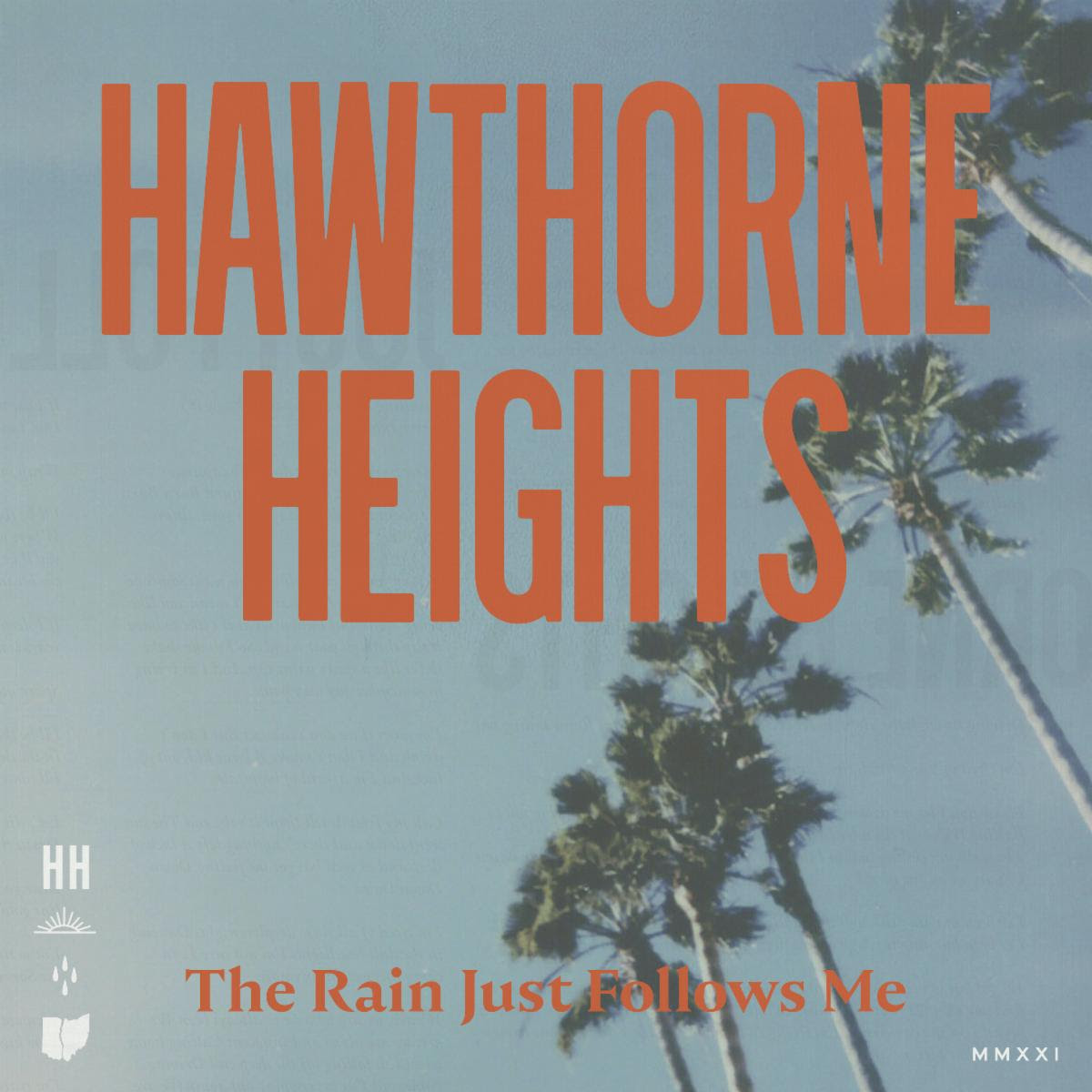 Title Track From Forthcoming Album
Due Out September 10, 2021
via Pure Noise Records
Hawthorne Heights have unveiled the emotive title track from their forthcoming eight full-length album today.
“I really wanted to name this album after those lyrics,” shares singer JT Woodruff on “The Rain Just Follows Me.” “It perfectly described what I’ve been going through. During the day, everything seems totally fine, but when I lay down and turn out the lights, my world comes crashing down. If this happens on tour or at home, I usually just think of the coast. I think of the way I feel, watching pelicans on the pier. And usually everything will stabilize, but for some reason nothing was working. When you’re gone for months out of the year, it starts to feel normal. Your entire family and circle of friends have to rearrange their lives to stay connected to yours. And as much as this seems like a woe is me, touring band sob story, it really isn’t about that at all. It’s about how our society has taught us to work ourselves to exhaustion, and at the end of day, our prize is an early grave.”


The Rain Just Follows Me, which will be released digitally on September 10, 2021 via Pure Noise Records, was produced by Grammy-winner Cameron Webb (Alkaline Trio, NOFX, Megadeth). The 11 tracks stand as some of Woodruff’s most resonant writing to date, as he unravels themes of both physical and emotional distance from his wife and daughter in Ohio as well as personal identity as the front man of as one of the most iconic emo acts of the new millennium.


“The most unbelievable part of this story is that this entire album was written and recorded BEFORE the pandemic,” singer JT Woodruff shares. “All of this darkness and turmoil is basically a summation of the coldest and loneliest nights I’ve tried to reconcile for the past 17 years.”


Eager to hit the studio again as soon as possible after their 2018 release Bad Frequencies – and probably a bit naive about how much they could physically take – the writing sessions for LP8 took place in unusual places: in sound checks and dressing rooms, in far-flung rehearsal studios after marathon overnight drives. Hawthorne Heights weren’t just burning the candle at both ends; they were splitting it in two, then letting the flames engulf the smaller pieces completely.


The Rain Just Follows Me can be pre-ordered at https://smarturl.it/hawthorneheightsoh and will also be released in stores with limited edition vinyl variants on October 22, 2021.


Most of all, this upcoming release is quintessentially Hawthorne Heights. It’s who they’ve always been – they just needed to push down the heartache and strife long enough to rediscover those intangible characteristics.


“We want to create the best songs that are accurate depictions of our lives and connect to other people through our songs,” Woodruff says. “I hope this record helps people understand that others out there are thinking like them – and thinking about them. Everyone gets poured on in life; we just want to provide an umbrella.”