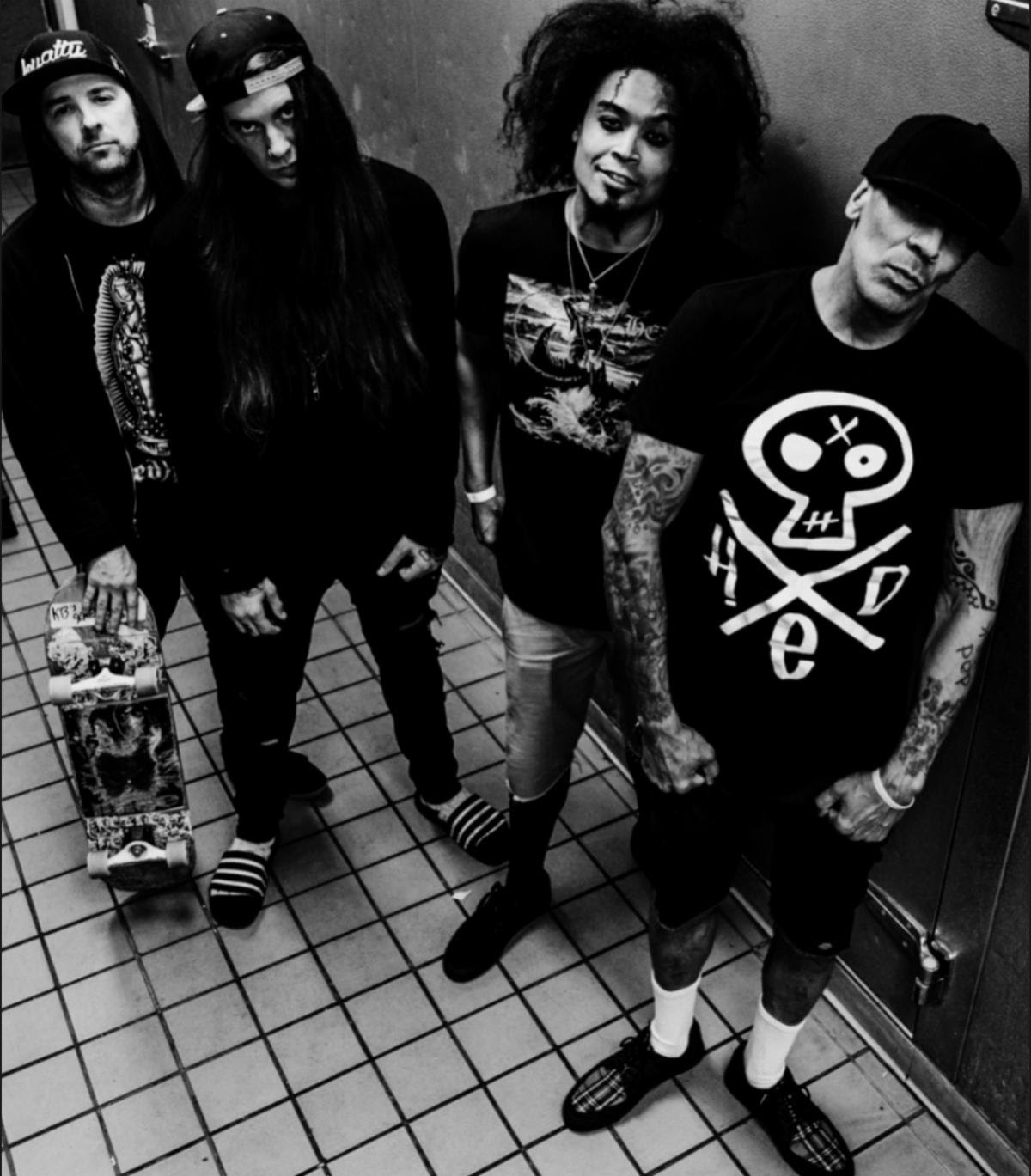 
On Class of 2020, (HED) P.E. gets back to the raw essentials, utilizing old-school punk-rock guitar tones and aggressive, unfiltered vocal stylings at the core of their trademark sound. Longtime fans will find that Class of 2020 is a return to the classic sound of early (HED) P.E. albums.


"We were on the road in the middle of a tour when the COVID-19 pandemic hit full force,” comments frontman Jared Gomes. “Like everyone else on the planet, we were faced with some unprecedented challenges. As a small business owner of an independent band, I was faced with an additional set of challenges with the tour being canceled and making it back home from Rhode Island to Idaho. When I got home, I immediately got inspired creatively and hit the studio to smash out this record. For this one, we took it all back to our roots with a back-to-basics approach to try and capture that true G-Punk sound of our earlier albums."


In an effort to bring Class of 2020 around full circle and connect it with (Hed) P.E's impressive back catalog, the album cover is an homage to the group's breakthrough album "Broke", which celebrates its 20th anniversary a day after the new studio album is released. While planning to the milestone anniversary for (Hed) P.E, Jared was able to connect with former members DJ Product and original guitarist Chad "Chizad" Benekos and rekindle their creative flame. DJ Product created artwork for the Class of 2020 album and added his trademark scratching over some tracks, while original (Hed) P.E guitarist Chizad blessed the band with a blazing solo on "Greedy Girl". The unholy union that many fans never thought possible came together to connect the past and present incarnations of (Hed) P.E and to enhance "Class of 2020" in a meaningful way.


When discussing the album, Gomes talks about the moniker Class of 2020 having dual meaning for him and the band. “I had the title 'Class of 2020' as a working title for some time now,” he explains. “We had made hoodies with the Class of 2020 on them, but it was originally intended to be a statement about the band being here 20 years later. A whole new Class of (HED) P.E., so to speak. Once the pandemic broke out, this title took on a new profound meaning. The Class of 2020 never really graduated. The Class of 2020 will go down in history for several different reasons.”


(HED) P.E. are the pioneers of the G-Punk sound, which fuses together punk-rock, metal, hip-hop and reggae. The band has toured the world for 20 years sharing the stage with the likes of Suicidal Tendencies, System of a Down, KORN, Tech N9ne, Tool as well as the original Black Sabbath on the iconic Ozzfest tour. (HED) P.E. experienced a creative resurgence after signing with Suburban Noize Records in the early 2000s and was instrumental in developing the booming underground scene.


Preorders for Class of 2020 are available now at https://shop.srh.com/collections/hed-p-e-class-of-2020.