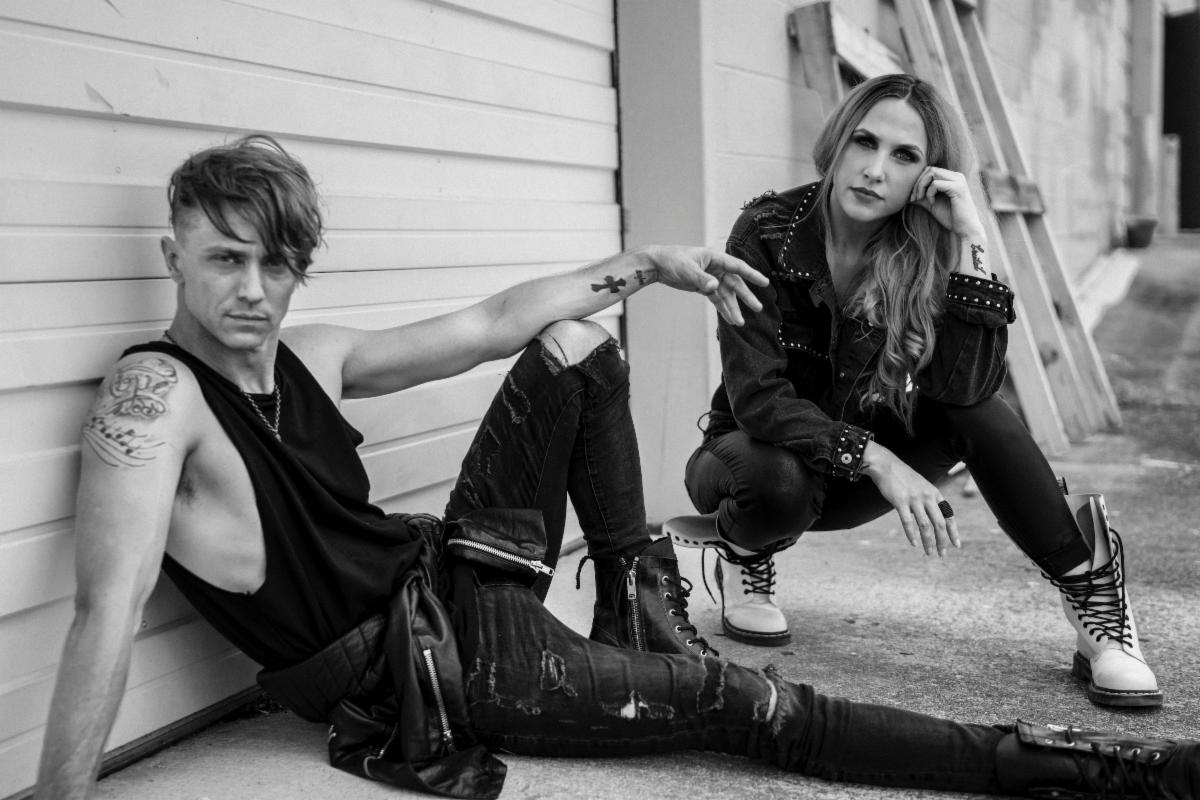 
Since forming in 2007, Icon For Hire (composed of singer Ariel Bloomer and guitarist Shawn Jump) have quietly amassed a legion of followers. With 10s of millions of streams and over 600,000 followers across social platforms, Icon For Hire are the sleeping giants of the modern rock scene, and are now ready to step into the forefront with new album Amorphous.


For fans of Twenty One Pilots & PVRIS, Icon For Hire’s sound is one that effortlessly blends heavy riffs, elements of electronic production and soaring vocal lines into a powerful & bold sonic explosion. But at the heart of Icon For Hire’s music is a message of positivity, self-love and personal empowerment from the painfully relatable and rousing lyrics of Ariel.


New single “Waste My Hate” follows on from “Last One Standing,” and is the final taste of music before the band’s upcoming album Amorphous is released on Feb 19th. “Waste My Hate” is more a continuation of Icon For Hire’s now signature sound, heavy riffs and empowering lyrics written to not only inspire the listener, but challenge the status quo of the rock genre.


“’Waste My Hate’ was born from a feeling of unrest- it’s a reminder to stand your ground, fight for what you believe in, and not get sucked into the bullshit along the way,” says Ariel. “Musically, Shawn had fun creating the catchy blues guitar lick for the base of the track, which we coupled with a punchy guitar solo as well as a sing along chorus. It’s a fun, defiant fight song that we hope helps ward off some of the negativity that the world has been feeling as of late!”


For Amorphous the band worked with Grammy Nominated engineer Romesh Dodangoda (known for his previous work producing the last Bring Me The Horizon album as well as acts such as Don Broco, Busted, and Kids in Glass Houses).


The album has been completely funded by fans through Kickstarter on a campaign that raised over $200,000—making it one of the year’s highest-raising music campaigns. This success was achieved thanks to the bands highly dedicated fanbase that support them on Patreon and have been there for the band though thick, thin, litigation, addiction and more.