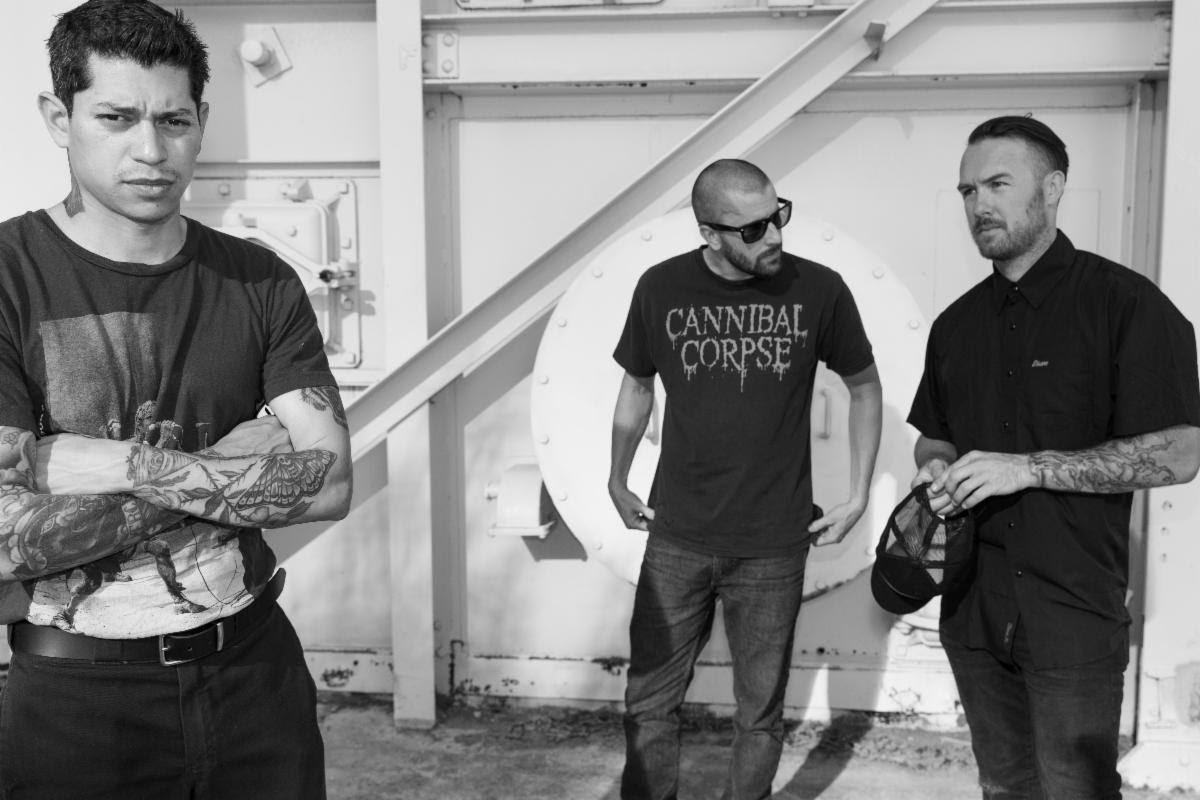 
Hellbent boasts the enduring trio who formed the creative core of IMPENDING DOOM in Riverside, California: vocalist Brook Reeves, guitarist Manny Contreras, and bassist David Sittig. Recorded with engineer Joseph Calleiro at Dungeon by the Sea in Los Angeles and mixed by longtime band collaborator Will Putney (Knocked Loose, The Ghost Inside, Thy Art Is Murder), the EP is a blistering five-song blast of readily identifiable IMPENDING DOOM brutality, with just enough of a modern flourish. As reliably as ever, the band endeavor to bring woe with crushing heaviness, sick death metal and grindcore riffage, impossibly guttural growls, and steadfast reverence for God. "Satanic Panic," "New World Horror," "Culture Of Death," "I Must End," and the title track are punishingly incisive entries into the band's esteemed canon, which stretches back to their 2005 demo.


The new EP arrives adorned with an arresting cover courtesy of Jim Pavelec, an illustrator specializing in the occult, sci-fi, horror, and fantasy, including pieces for classic RPG Dungeons & Dragons. "We've never done an EP before this, and we spent a lot of time writing the music on Hellbent," Sittig explains. "We don't traditionally have many surprises with the art, but we wanted to try something different. We've used the same couple of guys to create art for us. But Jim had created this piece already, and we loved it so much that we reached out to him. He tweaked a few things for us, but he first made it on his own.”


In advance of the EP’s release, today the band unveils a video for first single, “Satanic Panic.” Comments Reeves, “‘Satanic Panic’ is a song about the occult and ritual abuse reaching to the elite but in the end God has the final judgement.”

Hellbent will be released on CD, LP, cassette, and digitally. Find preorders at THIS LOCATION.


Additionally, the band will be announcing a slew of upcoming live dates in the coming days in support of Hellbent. Stay alert.