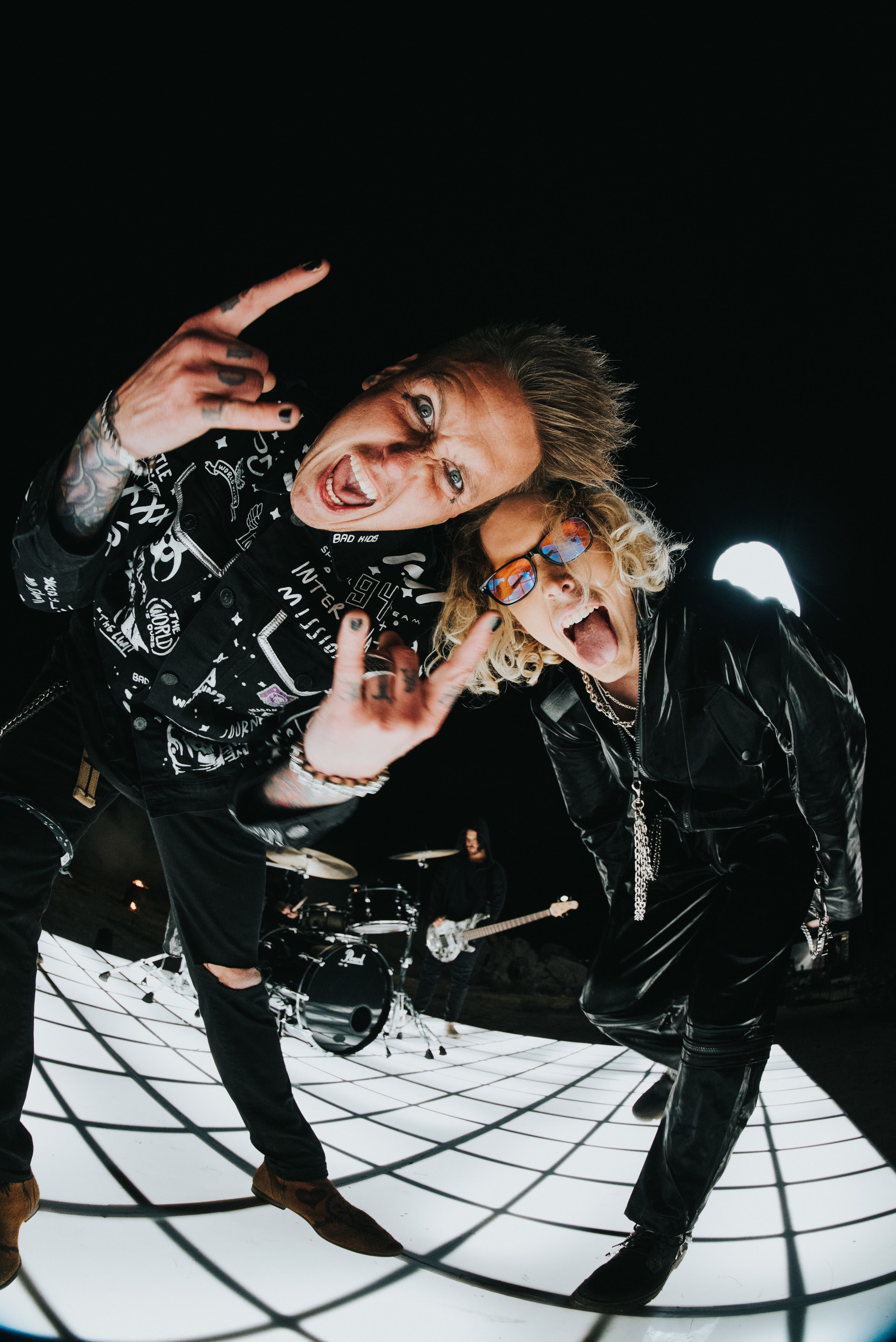 
The rework arrives with a visual that reimagines the original Papa Roach music video and encapsulates the whirlwind of a mosh pit.  Out tomorrow, January 28th, Jeris and Jacoby bring their palpable energy and dynamic sonics as they prove an undeniable ability to unite a crowd, whether that's through the collective screens of 'quarantine' or the hopeful imagining of the days we'll be able to jump around in a crowd once again.  The poignant visual gives a bit of relief to those feeling overwhelmed, allowing viewers to sing at the top of their lungs and jump off the restlessness and anger they may be feeling. The lyrics tackle hard-hitting topics, as Jeris continues Jacoby's verse from 2000 and adds his own thoughts, feelings, and struggles as he navigates life.


Jeris Johnson has garnered a devout cult following on TikTok for his genre-transforming reworks of popular songs.  As he picked up traction on the platform following the success of "damn!," which reached #19 on the Shazam charts and was included on Spotify's US Viral Chart, Jeris covered Papa Roach's "Last Resort" and caught the eyes and ears of the critically acclaimed group themselves.  Proving the power of TikTok, Jacoby and Jeris became fast friends, forging a brotherhood that sees Jacoby knighting Jeris in his quest to break into uncharted territory and create a whole new sonic wave.

“It was amazing to hear that Jeris connected with the track the same way people all over the world have. That conversation of “Last Resort” and its impact on all types of people hasn’t stopped for 20 years, and we were stoked to “Reload" it for a new generation to keep that conversation going”


""Last Resort (Reloaded)" is a song surrounded by magic. The original "Last Resort" is one of the most impactful and loved songs from an entire generation of music (and my childhood). There is an energy to that song that has just made it a living breathing art form at this point. After I remixed it and threw it up on TikTok the last thing I expected was that I'd end up in the studio with Papa Roach a couple weeks later. The reaction and reception was so overwhelming that me (a random kid on TikTok) got the attention of a legacy band and the invitation to team up and remake "Last Resort" for an entirely new generation.  I don't give a fuck what anyone says, that's magic."