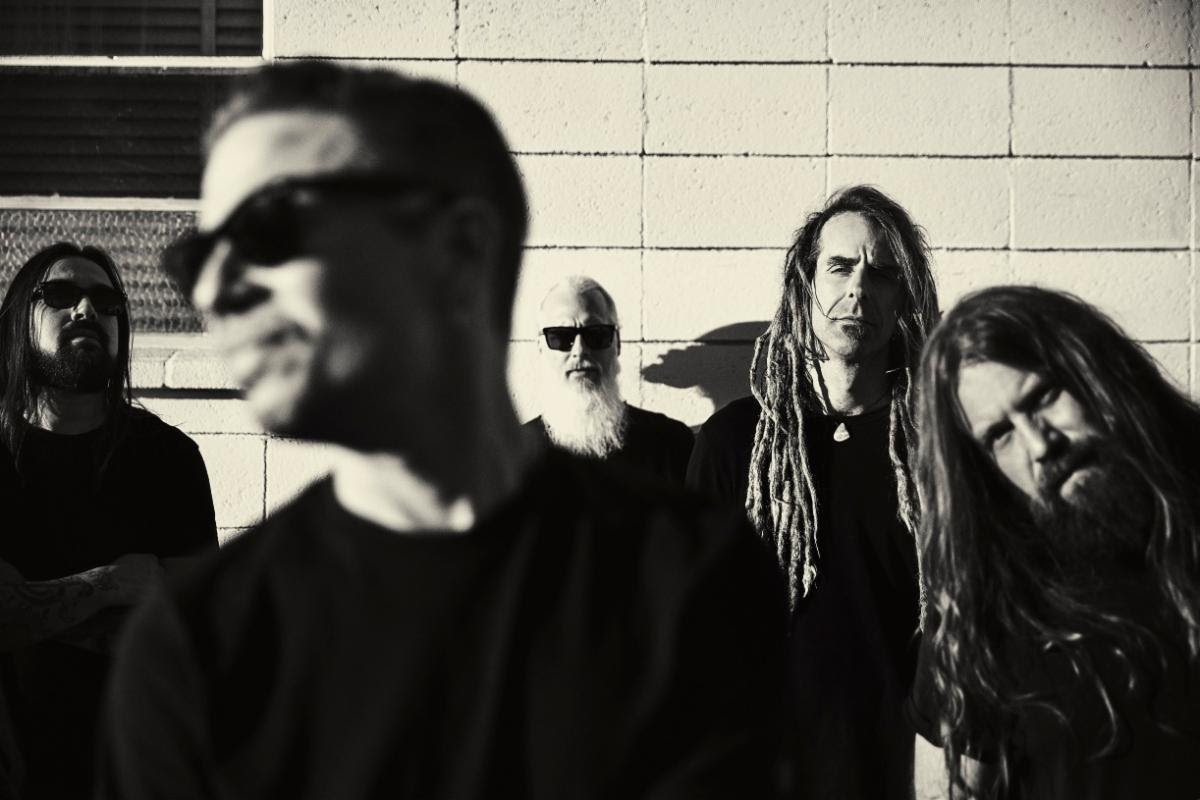 LAMB OF GOD has released “Routes,” the fourth single from their June 19 self-titled Epic Records release, featuring a guest appearance from Testament vocalist Chuck Billy.
A visualizer for the track is available now at http://lamb-of-god.com. Fans can pre-order Lamb of God, including a new alternate CD cover version signed by all five band members, now at the band’s official webstore: http://shop.lamb-of-god.com.
“Routes” was lyrically inspired by vocalist D. Randall Blythe’s time alongside native peoples at the Standing Rock Sioux Reservation in North Dakota during the No DAPL movement. This protest, which began with just a few Native women and children camping at the site in protest of the pipeline being built so near to their water supply on unceded treaty land, quickly grew to an encampment of thousands and received global attention.
Says Blythe, “I went to Standing Rock because I had heard reports of violence committed on the peaceful protestors there by both state law enforcement and private security contractors, and this violence was not reported in mainstream media for the most part. I went to bring supplies and support these people, who were trying to protect their water, and thereby protect everyone, as everything in the natural world is protected. I was there a week, made some great friends, and learned a lot. It was a very profound experience in my life, and I knew one day I would write a song about it.”
Although Blythe conveys his story through the song’s vivid lyrics, he called in his friend Chuck Billy, who is of Pomo Native American heritage, to lend a deeper authenticity to his narrative. “My experience, although my own, was tempered and shaped by the hundreds of years of brutal oppression of Native peoples in our country,” says Blythe. “So, it was imperative for me to have a Native voice represented on the song, and Chuck Billy was happy to be that voice. At the end, there is a call and response section - Chuck calls and I respond. This is intentional. Musically, it is symbolic of my experience there. A native voice leads, bringing forth positive energy and calling to the people to unite, and I reply, providing support. That was my physical experience, and it is reflected in the song.”
Chuck Billy adds, “It was a great honor as a proud Pomo Native American to be asked by LAMB OF GOD to do some guest vocals on this song. The No DAPL movement by the indigenous people of this country was a historic event. Being able to lend my voice to represent the Native American people, complementing Randy's storytelling and lyrics, is something really special to me. I’m glad this movement was put in a musical message, and I am extremely happy to have been a part of it.”
Audiences got a taste of the first new LAMB OF GOD music in nearly five years with “Checkmate” back in February, followed by “Memento Mori” and the most recent single, “New Colossal Hate.” All four songs will appear on Lamb Of God, the follow-up to VII: Sturm und Drang (2015). The album was once again produced by collaborator Josh Wilbur (Gojira, Korn, Megadeth, Trivium), fueled by a mountain of riffs and looming rhythmic shadows. It is also the band’s first record with Cruz, who sat behind the kit with LAMB OF GOD in 2018 and became an official member the following year. In addition to Chuck Billy, the new album features a guest appearance from Jamey Jasta (Hatebreed). Blythe sounds more driven and insightful than ever on Lamb Of God, offering up the angriest and most comprehensive diatribes, addressing modern life in the current landscape, of his storied career thus far.
Share Share on Facebook Tweet Tweet on Twitter