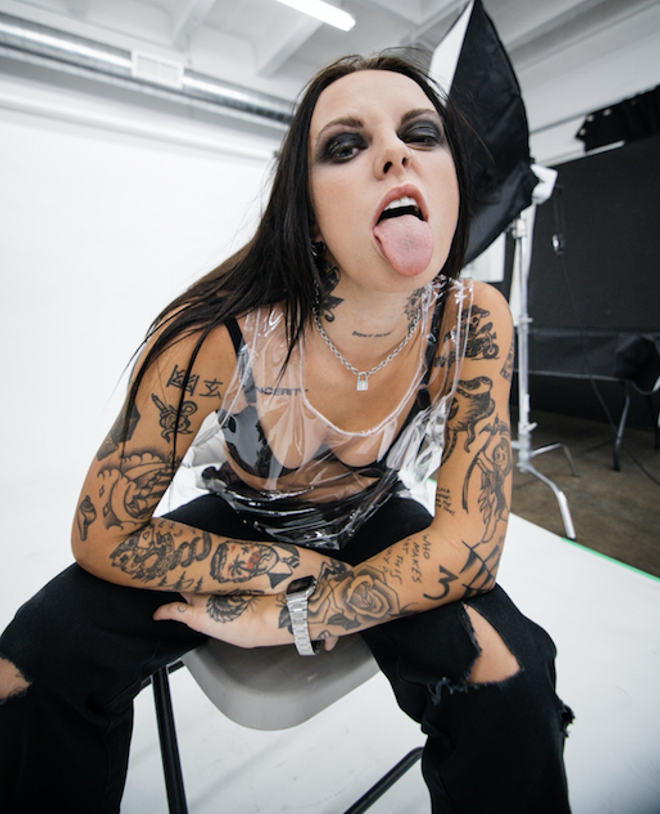 MIDWEST KIDS CAN MAKE IT BIG

DECEMBER 4, 2020 - LOS ANGELES, CA – Lauren Sanderson is giving fans a special gift today with the release of a brand new edgy and raw music video for “But I Like It.” The track, pulled from her debut full-length album Midwest Kids Can Make It Big, has garnered nearly 2 Million streams on Spotify, resonating with her dedicated fans in a way no one could have expected.
On the anthemic track, Sanderson shares “No one should ever be able to box you in. Feel the fear & do it anyway. Sounds cliché, but we literally have one life. Do what you want, say what you mean and do it all with your f*cking chest. That’s the only life I ever wanna live.”
The 24-year old, Indiana native has set out to impact the world in the raw, fearless way we've been waiting for. Truly embodying what it means to be a DIY artist, Lauren took control of 2020 and wrote six brand new songs that are available to stream on the Deluxe Edition of her debut full-length album Midwest Kids Can Make It Big. Combining influences from pop to R&B to rock to hip-hop and everything in between, Lauren’s music is just like her personality – unable to be contained in one box or defined by a label. Lauren may be bold and rebellious, but her down to earth spirit and outspoken belief in others is bringing a community together.
The true definition of DIY - Lauren realized her purpose on a Ted Talk stage at age 19 and started making music in her room, booking shows as a fake manager and making music videos back in the Midwest with her friends. She has since opened for artists like FINNEAS and is an exemplary case of dedication, passion and self-assurance. Lauren's dominant voice takes charge, and as a savant with words, she showcases her songwriting capabilities with her ability to inspire and relate to the masses. Cut from the same cloth as Mac Miller and Lorde, this girl is real, and unstoppable.
Be sure to stay tuned to Lauren Sanderson’s socials for more information soon.
“The visual is the perfect mood-setter for the killer new track, on which the promising
singer-songwriter flips off expectations and rides a disobedient hook
into a glowing guitar lick.” - Billboard
“‘Frustrated’ puts a moody hue on the alt-pop sound she does so well. It's the
perfect soundtrack for a night drive alone with your
feelings riding shotgun.” – Ones to Watch
“The vocals are punk, the guitar is indie, and the mood is head nodding…
Hands up. We’re feeling this.” – idobi Radio
“Rocking guitar riffs backed by Sanderson’s raw voice and meaningful lyrics
all meld together to create a relatable track speaking on
life’s anxieties.” - Alternative Press
“Reminiscent of Miley Cyrus and SZA, she manages to find an auditory balance
between gloomy and hopeful.” - Jansen’s Jamz
Follow Lauren Sanderson:
Facebook: https://www.facebook.com/iamlaurensanderson/
Twitter: https://twitter.com/laurensanderson
Instagram: http://instagram.com/laurensanderson