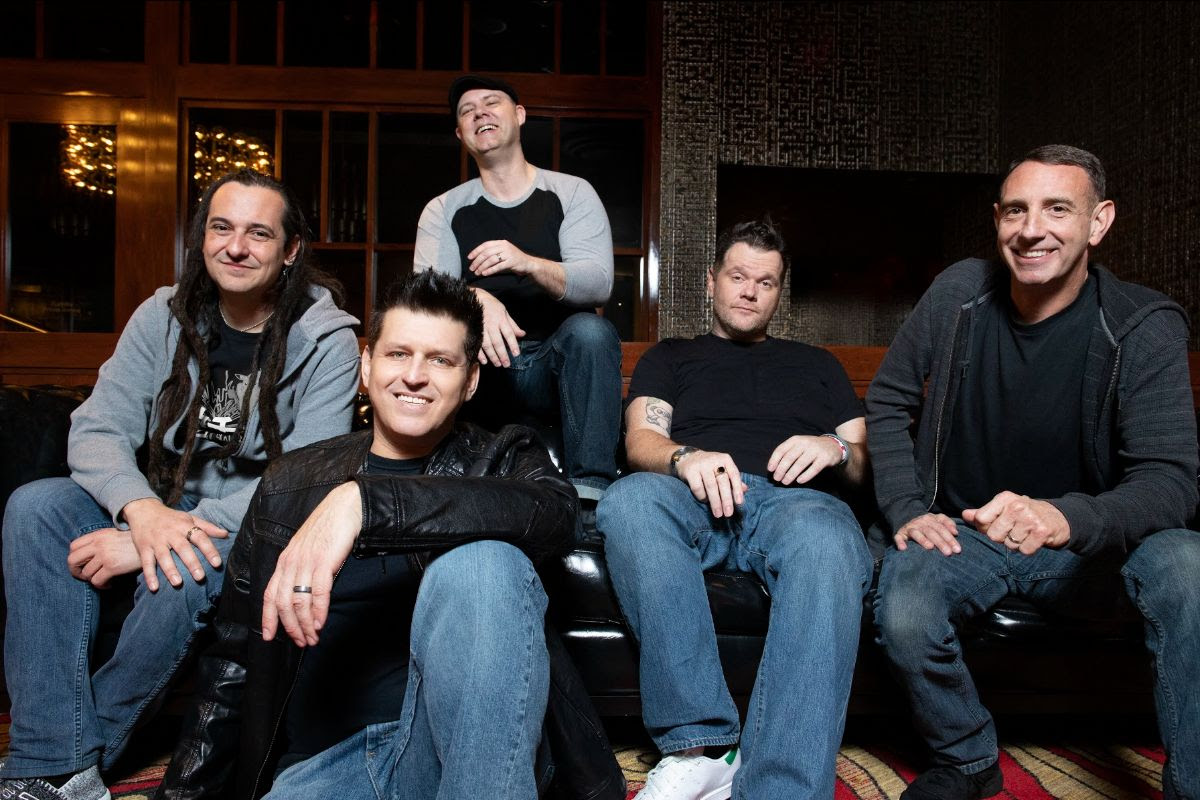 Seminal ska-punk group LESS THAN JAKE will be inaugurating the release of their 9th studio album Silver Linings with their first-ever livestream performance at 6pm EST from Gainesville, FL on release day (December 11, 2020). Advance tickets are now on sale and will be sent out three hours prior to showtime. VIP upgrade includes exclusive content such as additional songs, acoustic renditions, and full band interviews. Keep an eye out for limited vinyl variants and more! 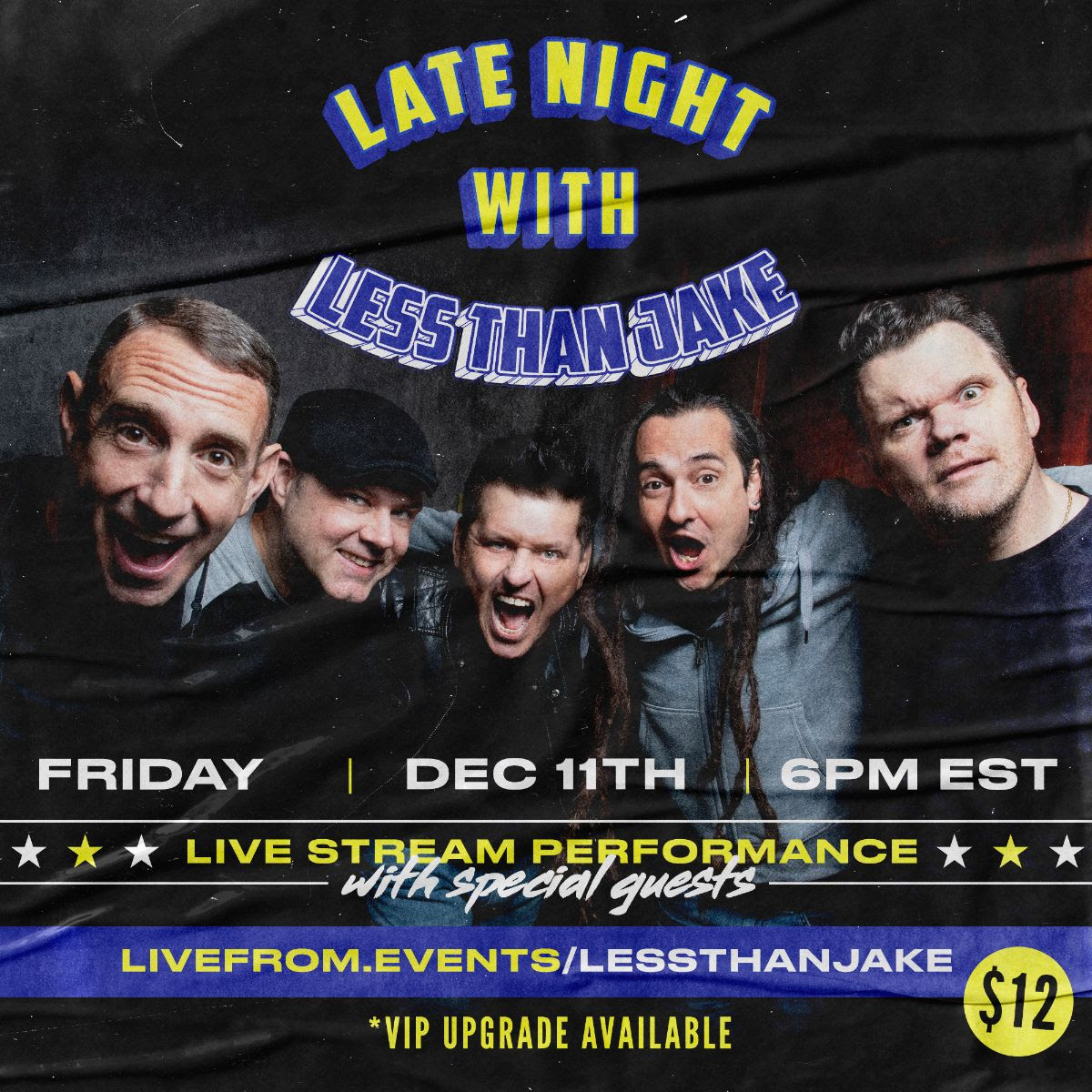 “We thought just playing to a bunch of cameras could be kind of weird, so we had to do some stuff to make the show more us,” explains bassist and vocalist Roger Lima. “I’m super stoked for this night since it’s also release day! Come join us for a rare and memorable celebration! We’ll be jamming some classics along with songs off of our new album. You can bet that we have a few surprises up our sleeves as well...”

Their 9th studio album and first with new drummer Matt Yonker (Teen Idols, The Queers) is a dozen tracks of a rejuvenated and refreshed Less Than Jake. They picked up right where they left off and aren’t trying to fit in with any current trends because their ska-punk formula has stood the test of time and simply works. The proof is in the pudding and their lead single “Lie To Me” is a testament of it. It’s the perfect ratio of vocal harmonies, horns, and energy. Vinyl, CD, and merchandise bundles are still available via Pure Noise Records webstore. 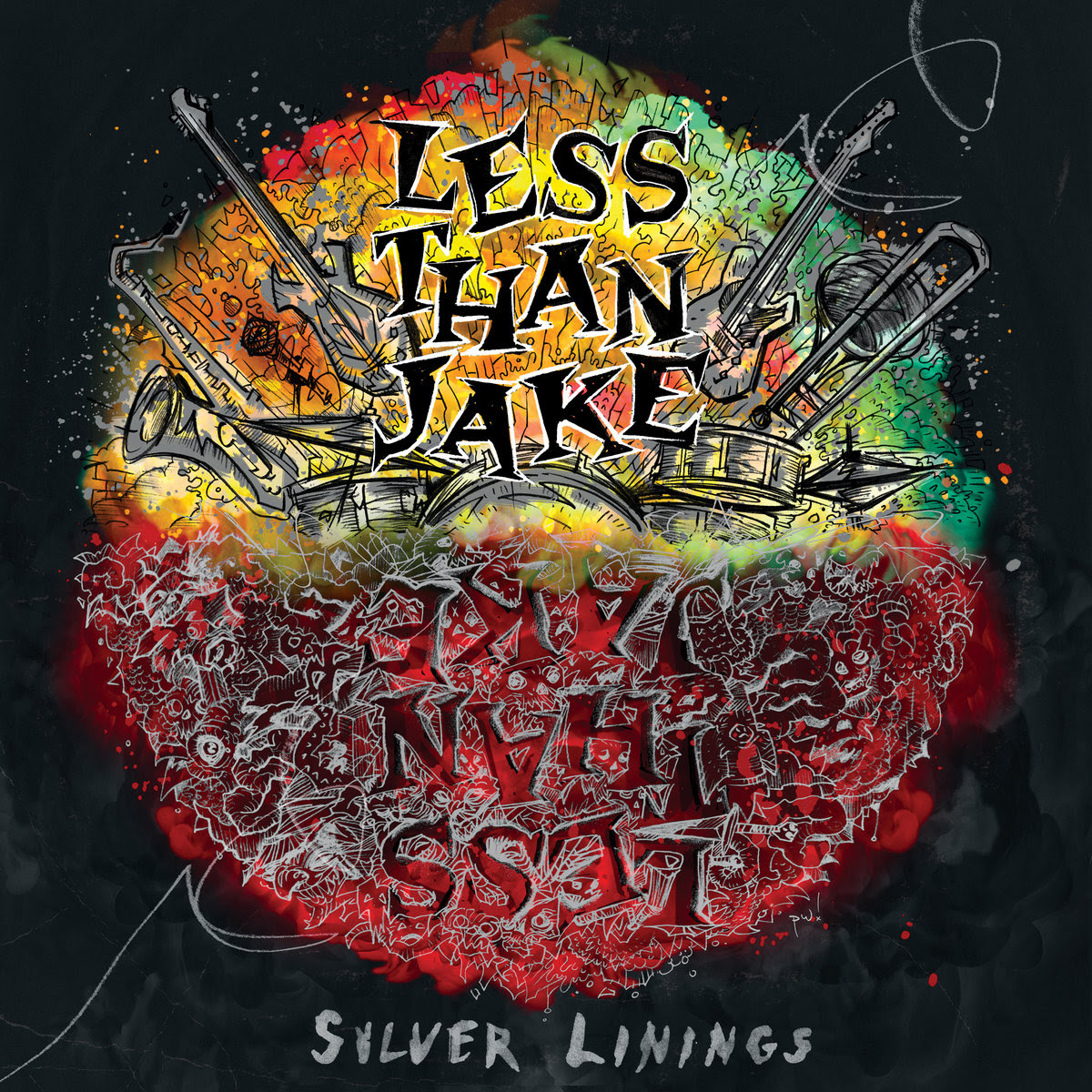 Continuing to play over 150 dates a year while also writing and recording new material has kept the band fresh in a time when "ska" has become something of a four-letter word. The list of acts they have supported is staggering (Bon Jovi, Linkin Park, Snoop Dogg) while the list of bands that have supported them makes even the most hardened music industry veteran do a double take (Fall Out Boy, Paramore, Yellowcard). All the while the band has held firm to its punk rock roots and have managed to live through many musical trends simply by just being Less Than Jake.

With well over 300 releases on various labels under their belt, most would think their legacy is already intact, but the status quo has never interested Less Than Jake. They continue to write and perform new material and have no thoughts of letting up. With the energy and exuberance of a band half its age and the determination of savvy veterans, there is seemingly no end point to this enduring and entertaining band.