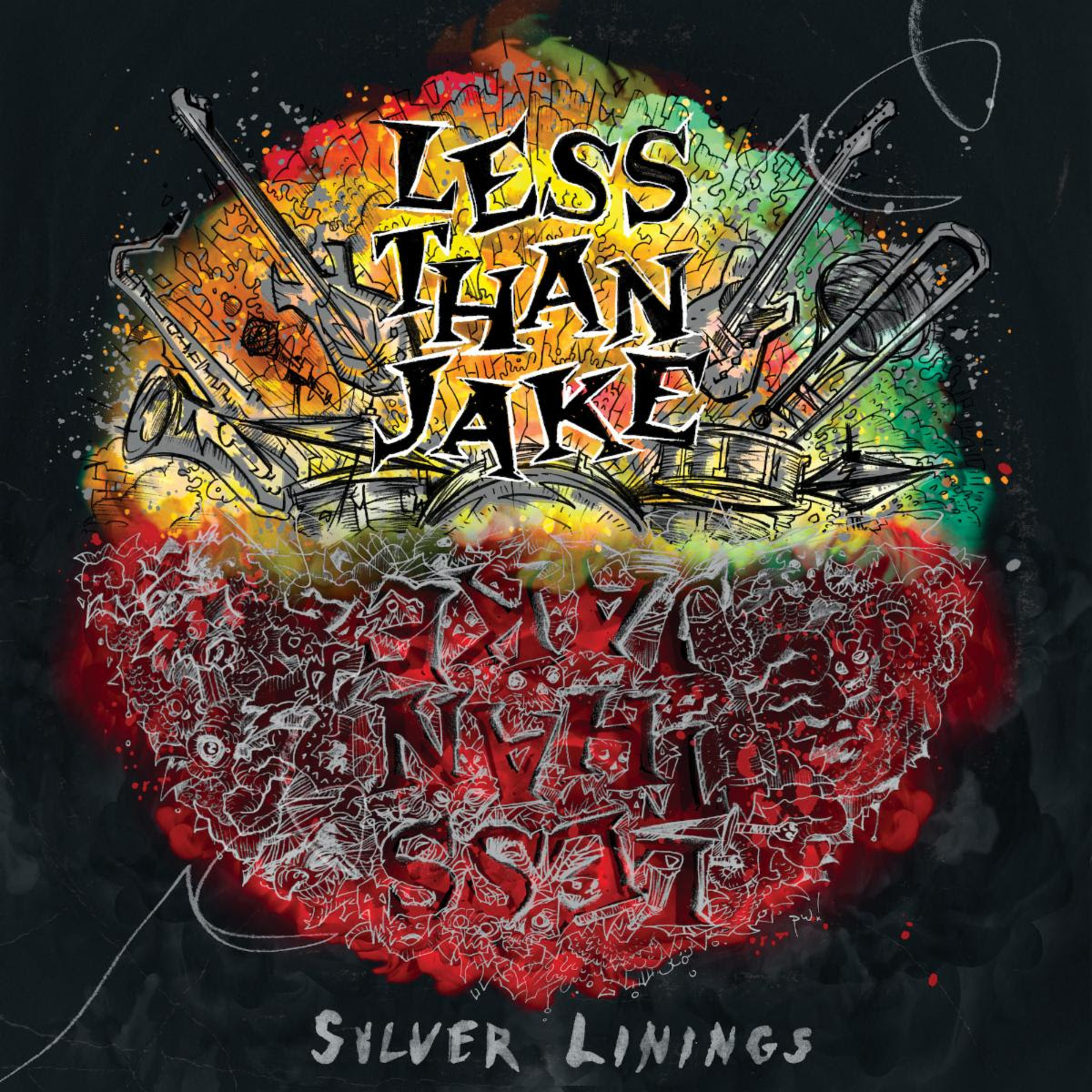 Nearly 30 years into an already impressive career - which includes 8 studio albums, tours with Descendents, blink-182, Bon Jovi, Linkin Park, Snoop Dogg, Bad Religion, and more, and over 365 shows on the Vans Warped Tour - Less Than Jake has never been a band to rest on its laurels. Today the ska punk veterans have shown the best is yet to come with the release of their first new song in 3 years, "Lie To Me," and announcement of their new album Silver Linings, out December 11th via Pure Noise Records. Fans can watch the music video for "Lie To Me" and pre-order the album now at https://smarturl.it/LTJ.
"We made a new record! Our first full length with our new drummer, Matt Yonker, and it sounds amazing," shares vocalist/guitarist Chris Demakes. "More vocal hooks than a tackle box, horns galore and that bombastic and upbeat energy that we're known for. We didn't try to reinvent the wheel with this one, it's still undeniably Less Than Jake. Just a bit punchier and in your face. We can't wait for our fans to hear it!"
On how it feels to still be writing music together after so many years, vocalist/bassist Roger Lima shares: "It's still so freaking exciting!! After decades of working on songs together, we still love it, and with our new drummer Matt Yonker, we feel reignited and refueled. Personally, I feel that this is the first step of a new era for the band. While the music feels undeniably Less Than Jake,  the flow of the tracks and the attitude of the horns and lyrics have a freshness to them and I look forward to sharing these songs with our amazing fans."
Less Than Jake has no plans of slowing down any time soon as they prepare for the release of their 9th studio album, Silver Linings, out December 11th via Pure Noise Records. To pre-order, please visit: https://smarturl.it/LTJ.
About Less Than Jake:
The story of ska-rockin' maestros Less Than Jake isn't told in their sizable discography. It can't be calculated by the amount of road miles they've logged. (But if we're forced to calculate, we think they might be a block or two short of the Van Allen belts.) Nah! Less Than Jake's cumulative worth is all about what they bring to your party. From sweaty club shows to uproarious festival dates to opening up for America's most beloved rock acts, these five lifers' deeds are best measured in the smiles they've slapped on the faces of true believers and new listeners, alike.
Silver Linings is the name of the new Less Than Jake album, their first full-length for the Pure Noise label and the follow-up to 2013's See The Light. It also doubles as a bunch of sonic diary pages and a mission statement that cements their conviction after two decades in this rock 'n' roll circus. Indeed, LTJ-frontman/guitarist Chris DeMakes, bassist/vocalist Roger Lima, trombonist Buddy Schaub, saxophonist Peter "JR" Wasilewski, and new drummer Matt Yonker-have escaped most (but not all) forms of ennui, depression and violence against screen-based objects to create an endorsement of humanity.
Silver Linings also does a good amount of myth-exploding in its pursuit of joy. The songwriting core of DeMakes, Lima and Wasilewski wrote all the lyrics. New drummer Matt Yonker, whose former positions included LTJ tour manager and hammering along with such punk outfits as the Teen Idols and the Queers, helps bring a new sense of urgency. And that album title? Yeah, that was decided upon long before bands began to offer face masks in their online merch stores. Pro tip: Dial back your preconceived notions. The only things the Jakes have to prove are to themselves. Their laurels aren't so comfortable that they'd willingly choose to be painted into a retro- colored corner.
While Silver Linings doesn't skimp on the joy, fun or grooves, careful listeners will sense a bit more reality seeping into LTJ's escapism. The calisthenic bounce of "Lie To Me" is slightly undercut by Lima's tales of how "the flames we hold the closest burn the worse." On the urgent track "The Test," DeMakes dares to seek some self-examination through someone else's prism. "Dear Me" might be the first rock song that doesn't couch its disdain for technology with poetic metaphors. That track addresses the loss of friends via distance and tragedy. The word "love" also appears in the album's lyrics at three junctures. That detail should not be lost on anyone.
What else do you need to know about Less Than Jake in 2020? The band would tell you quite unpretentiously that they are here to bring a good time. Of course, LTJ would've said the exact same thing back in '97, 2006, 2011 or 2018 when the Warped Tour's punk 'n' roll roadshow was coming to an end. What makes things different now? Why, nothing less than a divided nation and a dangerous pandemic. Consider Less Than Jake the first responders when your psyche doesn't think it wants to continue. Because we do need all the joy and levity a seasoned ska-punk band can dish out. The reality that LTJ are also feeling reminds us that some kind of triumph is within our reach.
In 2020, there's no "scene," merely good times and worse ones. For Less Than Jake to call their new album anything else but Silver Linings? Well, that would be fronting.