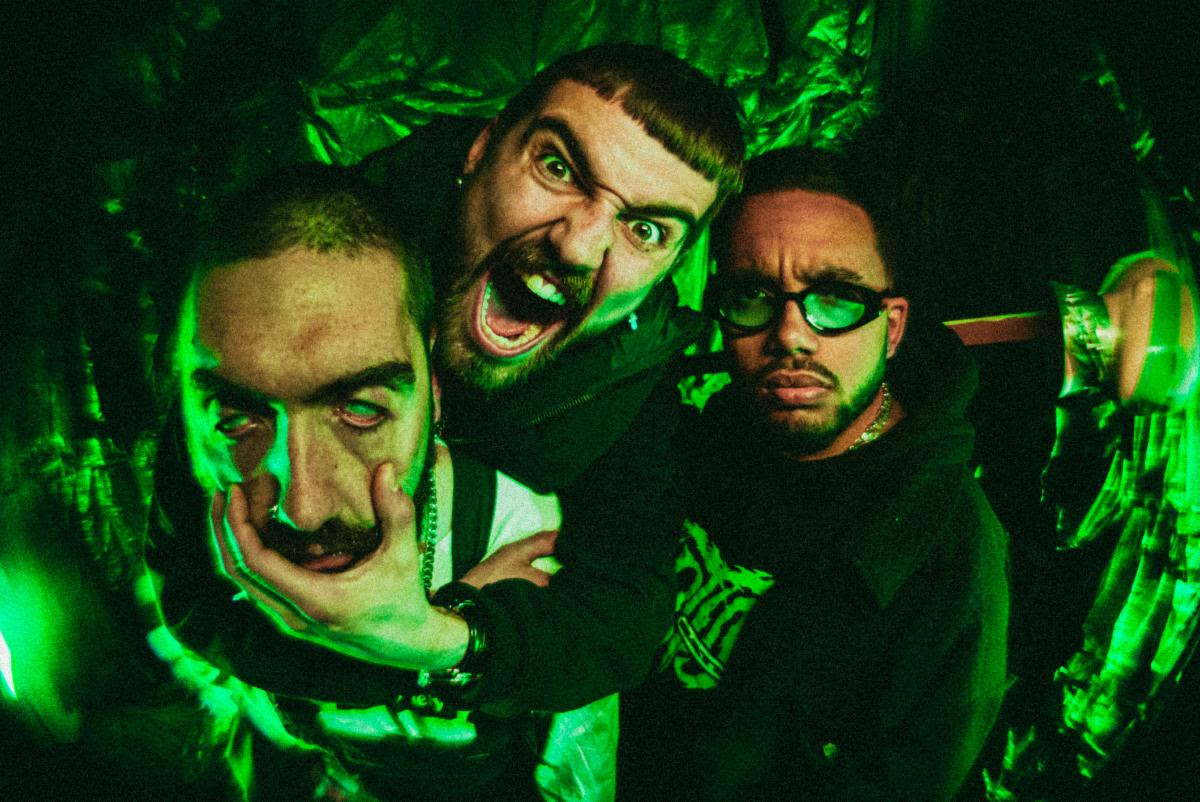 British metal collective Lotus Eater have today released their ferocious new single "Obliterate" featuring the screamed vocals of Oli Sykes, iconic frontman of Bring Me The Horizon. The track is taken from band’s forthcoming debut album Where The Body Goes and is a brutal, bile-fueled slab of technical metal from one of the most uncompromising, cutting-edge underground prospects in the country.
Of the song, drummer and creative lead Cameron Humphrey explains “Obliterate revolves around traumatic experiences, learning from the hurt and using it as fuel for our green tinged inferno. Having the opportunity to collaborate with our friend and Idol Oli Sykes truly allowed us to bring this track to a level never seen before. We will always be forever grateful.”
The song’s blistering video, features Sykes who has long been a champion of the band, personally inviting them to play the BMTH-curated All Points East Festival in 2019 and appear on the rock giant’s ‘Music to listen to…’ mixtape of the same year. Now he is returning the favor in bludgeoning style, on a song which sets the tone for a hotly anticipated and truly crushing Lotus Eater LP.


“‘Where The Body Goes’ is the newest soundtrack to our ever changing motion picture,” explains Humphrey. “Beginning to end, we looked deep within ourselves to create a body of work that truly represents the emotional connection we have with modernity. The plethora of struggles and emotional discomfort mixed with total euphoria blends to create what we feel to be our greatest creation yet.”


Since their inception, Lotus Eater have traded in destructive riffing and claustrophobic atmosphere and been hailed by press and peers alike as a force not just to be reckoned with, but one right at the vanguard of modern metal.