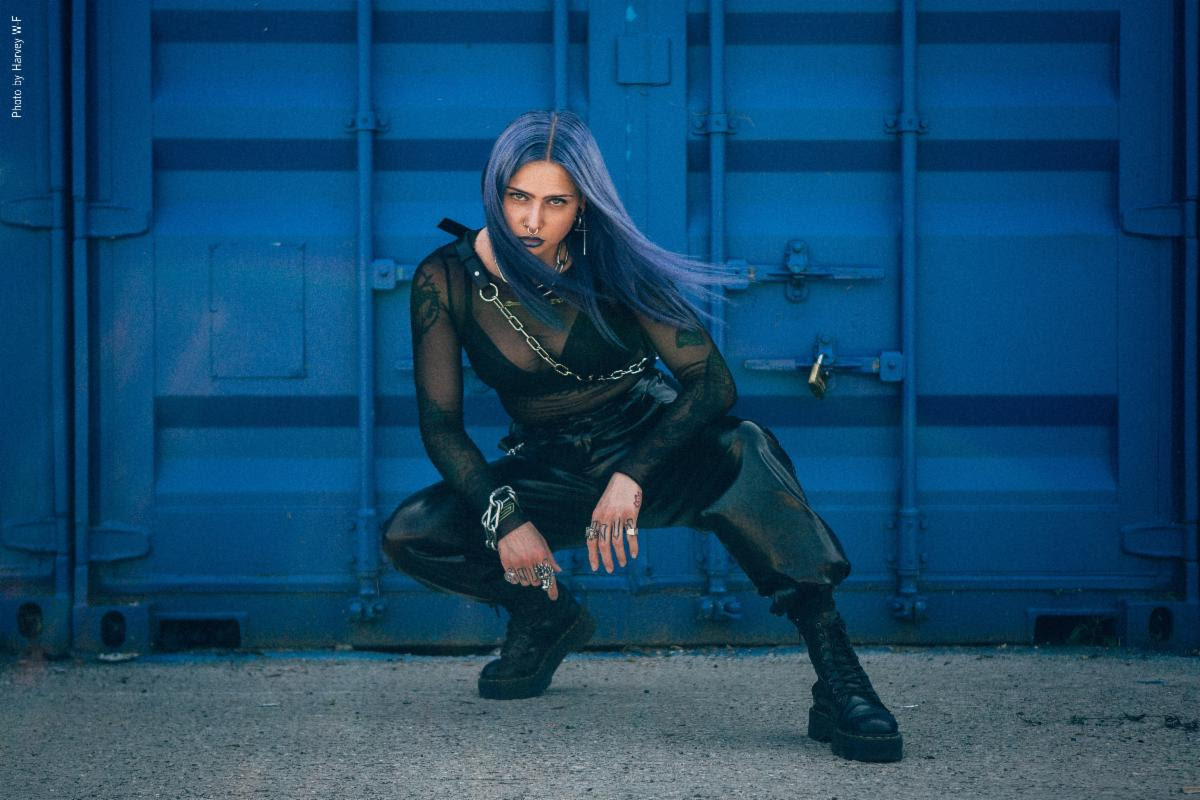 Century Media Records announced the signing of London based trap metal artist MIMI BARKS. To celebrate the announcement MIMI will be releasing a brand-new track, "BACK OFF" on September 4th.
"To be honest, I never wanted to work with a label. Experiences got me thinking they are all crooks. I hate that sassy, know-it-all industry attitude. Tryna enforce their idea of what an artist should look like and deliver musically, making sure it fits right into the charts zeitgeist," states MIMI BARKS on signing with Century Media Records. "I got the feeling Century Media sees artists and they work with them because they actually fuck with their music, not coz they see potential to mold that person to their liking. If they wouldn't fuck with the music, they wouldn't team up. Straight forward and no shit talk. I trust that they won't interfere, but execute my vision. Eventually they got me when we were on a night out in Berlin, getting lit till 5AM/6AM, when on our way home they were like, 'Why we going home? I'd love to go on a rave right now'. It's a match."
MIMI BARKS kicked off her career in Berlin where she started experimenting with a unique mix of trap and metal, adding her trademark ferocious and raspy vocals. After relocating to London in 2019 she finalized her debut solo EP Enter The Void that added a female twist to a male dominated scene. Since Century Media Records has always been a breeding ground for female artists we are more than happy to welcome another visionary that is oscillating between genres.
Get a taste for this unique up-and-coming artist by checking out some of her older tunes. Ladies and gentlemen - THIS IS DOOM TRAP.
Share Share on Facebook Tweet Tweet on Twitter