NECK DEEP
RELEASES NEW SONG + VIDEO
"I REVOLVE (AROUND YOU)" 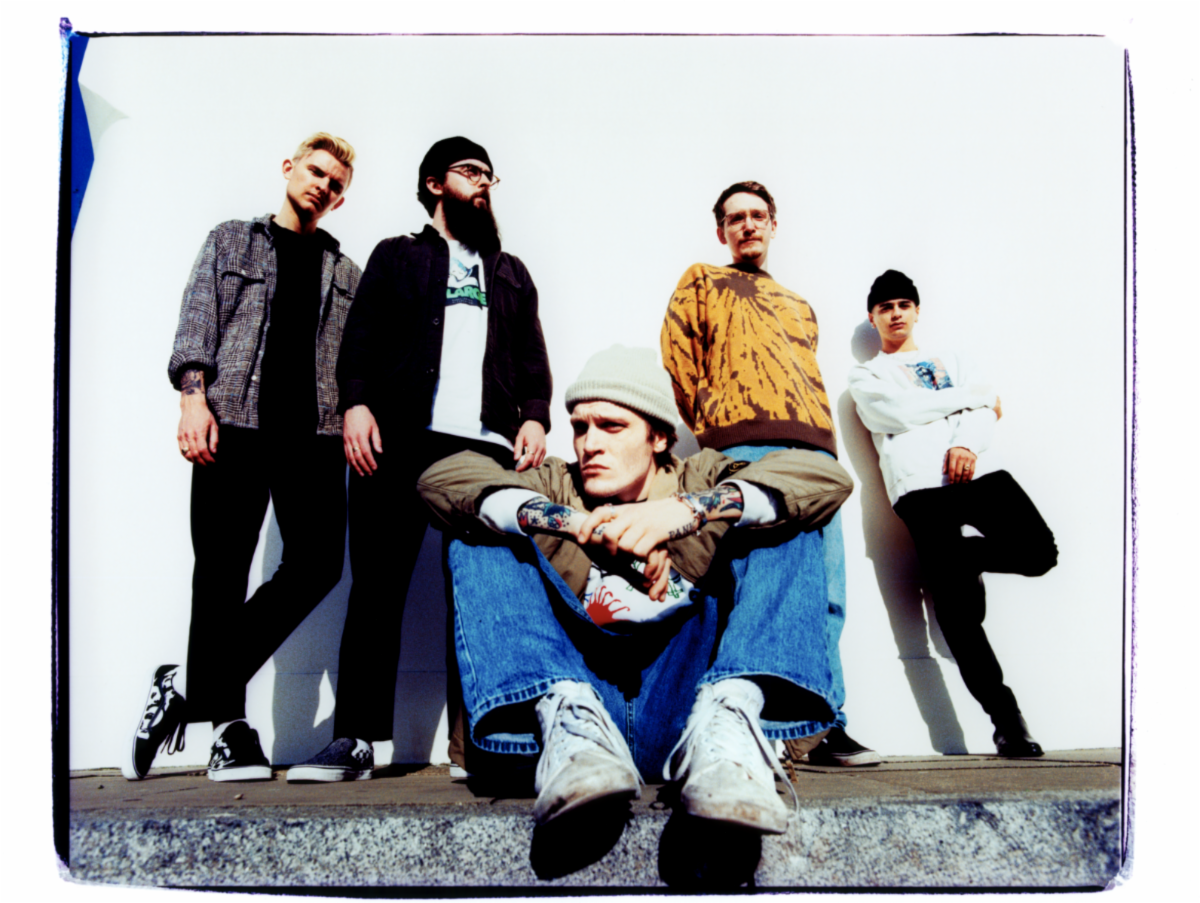 Photo Credit: Steve Gullick
ALL DISTORTIONS ARE INTENTIONAL
OUT JULY 24th, 2020 VIA HOPELESS RECORDS
Neck Deep has released their latest single "I Revolve (Around You)" today, accompanied by a cosmic, out-of-this world music video created by Félix Kerjean and the team at Remembers (http://remembers.fr).

"'I Revolve (Around You)' is a song about love on a planetary scale," shares frontman Ben Barlow of the single; "It is one big metaphor, comparing love to the movement of the planets. Picturing love on that scale really makes everything else seem small and insignificant. The song comes at a point of epiphany on the record- the realization that despite life's trials and tribulations, love conquers all."
"Musically it's hard hitting and impactful, and actually features one of my favorite ever sections in a Neck Deep song where I got to channel my inner Tom DeLonge, which for a song about space I feel is pretty fitting! It's the first time we've done a full animated video and we're so stoked on how it came out, the amazing team at Remembers in France did a beautiful job embodying the feeling of the lyrics."
"I Revolve (Around You)" joins recent singles "Fall", "When You Know" and "Lowlife"from the band's forthcoming album, All Distortions Are Intentional. Due out July 24, 2020 via Hopeless Records, this album is conceptually rich, with themes of disconnection, existential confusion, and the search for meaning.
The album tells the story of a loner named Jett who we met in the music video for "Lowlife", who lives in Sonderland, a combination of "Wonderland" and the somewhat obscure word "sonder": the realization that each random passerby is living a life as vivid and complex as your own, with their own ambitions and worries. "It's that strange existential realization that you are not the entire world," explains singer Ben Barlow. "Everyone around you feels and lives the same way that you do. You're just an extra in their story."
Neck Deep has partnered with Target for an extremely limited one-time pressing of All Distortions Are Intentional, complete with 2 bonus acoustic tracks as well as alternate cover art and packaging. Fans can pre-order today at smarturl.it/ADAIBonusTrackCD and will also be able to grab the CD in stores on July 24, 2020.
The forthcoming album is the follow up to 2017's monumental release, The Peace And The Panic, which catapulted the band into mainstream success with a #2 charting position on the U.S. Billboard Top 200 Albums Chart and welcomed their first U.S. Late Night TV performance. All Distortions Are Intentional is a journey of self-discovery and personal expression not unlike the rise of the band itself.
All Distortions Are Intentional marks Neck Deep's arrival as an arena-confident band. Having mastered all of the strengths of the scene that birthed them, Neck Deep have evolved to this next stage, and as their crowds grow larger, it's clearer than ever just how much this "silly little band" has come to mean to people.
All Distortions Are Intentional is available for pre-order today at http://smarturl.it/NDADAI.
Share Share on Facebook Tweet Tweet on Twitter