Pop-punk veterans New Found Glory are back with their tenth studio album Forever + Ever x Infinity, set to release June 19th on Hopeless Records. 21 years after bursting onto the scene with their first album, Nothing Gold Can Stay, New Found Glory has certainly earned their spot among the pop-punk greats and they keep pumping out classics you’ll be listening to for years to come. An album consistent with the style longtime fans know and love with a few twists and turns tossed in for good measure, Forever + Ever x Infinity will have you dancing all the way through.


The album starts off with a bang with “Shook By Your Shaved Head.” This song is slightly more hardcore than longtime fans of the band may be used to, but not to worry - the vocals and feel-good energy of the song are classic New Found Glory. Its catchy rhythm and upbeat vocals from lead singer Jordan Pundik will pull you into this introductory track.


The energy stays consistent throughout the next few songs, with “Greatest of All Time” and “Double Chin for the Win” up next. The latter track is what pop-punk is all about, making use of clever self-deprecating humor and catchy guitar riffs to get its point across.


Standout track “Nothing to Say” is one of the most empowering songs on the album, with Pundik singing “trying to cut me off at the knees / but no one’s getting in my way”. Exuding the confidence that every music lover needs when they’re down, this is the perfect song to headbang too when you need that extra pick-me-up.


The next few tracks are a rollercoaster ride of themes, with the upbeat “Stay Awhile” and “Same Side Sitters” covering falling in love and “Himalaya” and “Like I Never Existed” lending themselves more to the pain of rejection, whether by toxic friends or romantic partners.


“More and More” slows the pace down a bit with a more acoustic feel and some sweetly sung vocals. Slightly more stripped down than the rest of the tracks, this keeps the album from feeling too repetitive and showcases the band’s versatility.


“The Way You Deserve” is a standout track. One of the catchiest NFG tunes to date, this song is brutally honest but can pick up any listener that’s been feeling down and remind us not to settle. This is where Jordan Pundik’s vocals truly shine. This is a band that’s truly here for their listeners. Fans will feel like they’re talking to an old friend as they listen to the lyrics “we hid a key on the porch / … / you’ll never hear I told you so / we just want you back home.”


“Scarier than Jason Vorhees at a Campfire” returns to the hardcore guitars but covers the topic of vulnerability. Approaching the topic with the same playful nature present in many of the other songs on this album, this song showcases the band’s personality and creativity. This is certainly one of the album’s best and most unique tracks.


“Slipping Away” is the perfect finale to this quintessential New Found Glory album. By far the most serious and heartbroken song on the album, this track reflects honestly on the end of a relationship. Unique in its approach, it speaks to the heartbreaker throughout most of the song until the bridge, when Pundik sings to the heartbroken, giving the encouragement and the pep talk that everyone going through heartbreak really needs. The repetition of this verse at the very end of the album sends an empowering message of self-acceptance and positivity. New Found Glory leaves the listener in the exact state they want to be in - feeling understood, energized, and optimistic.


Overall, New Found Glory’s Forever + Ever x Infinity will reach longtime fans and new listeners alike. With punchy riffs, catchy vocals, a variety of emotions, and positivity spread throughout, this is the perfect summer pop-punk album to play on repeat. Despite a few weaker tracks that start to feel repetitive, this album is well put together and keeps the band’s momentum going. 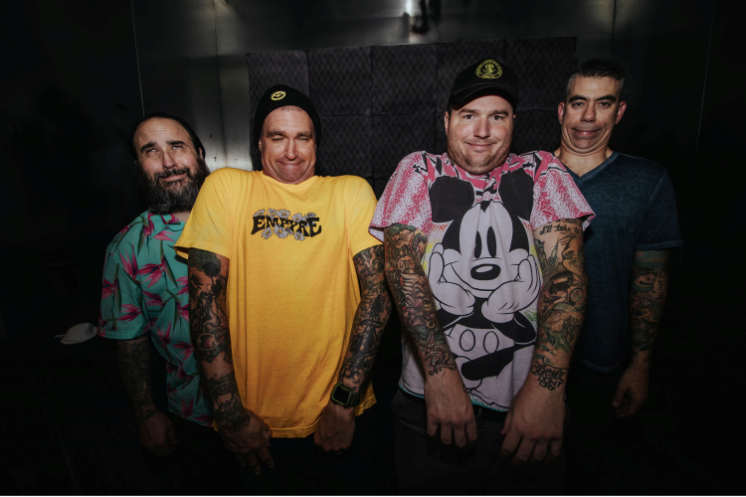 In addition to the release of their album, New Found Glory is gracing us with another gift on Friday, June 19th: they’ll be doing a live stream where they’ll play a setlist of 40 songs! Bundles and admission tickets to this exclusive release party are available here.