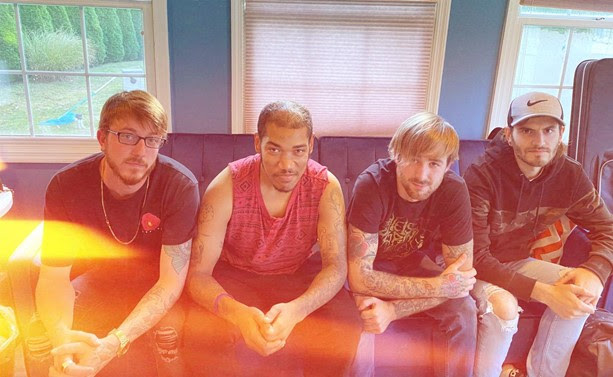 Pennsylvania pop-punk band No Take Backs released their new single “Grey” featuring Flowers For You and its music video. The people in your life, whether long term or temporary, often make an impact on you. This track was written about the nostalgia that hits when looking back on those old memories.

“This song about the nostalgic feeling you get when looking back on old memories with friends and family. Specifically, this song is about the two people who most impacted our vocalist Tyler Dibble’s life and the fond memories he has of those two people.” – No Take Backs

Recorded, mixed, and produced with Matthew Jenkins in Archbald, Pennsylvania.

No Take Backs was formerly known as Brighter Days, a band started by vocalist/guitarist Tyler Dibble in late 2017. After a brief hiatus in 2019, he decided to rebrand and completely change the meaning behind his music to a more positive tone. To start again and continue pursuing his dream, he recruited the help of three of his closest friends Curtis Whitney (guitar/vocals), Brandon Casey (bass), and Anthony Moffett (drums) to complete the band’s lineup.

The four friends who came together to share their love for pop-punk music are based in Montrose, Pennsylvania. With lyrics in the style of Charles Bukowski and a powerful bright sound, the main goal of No Take Backs is to inspire people to live each day with no regrets.