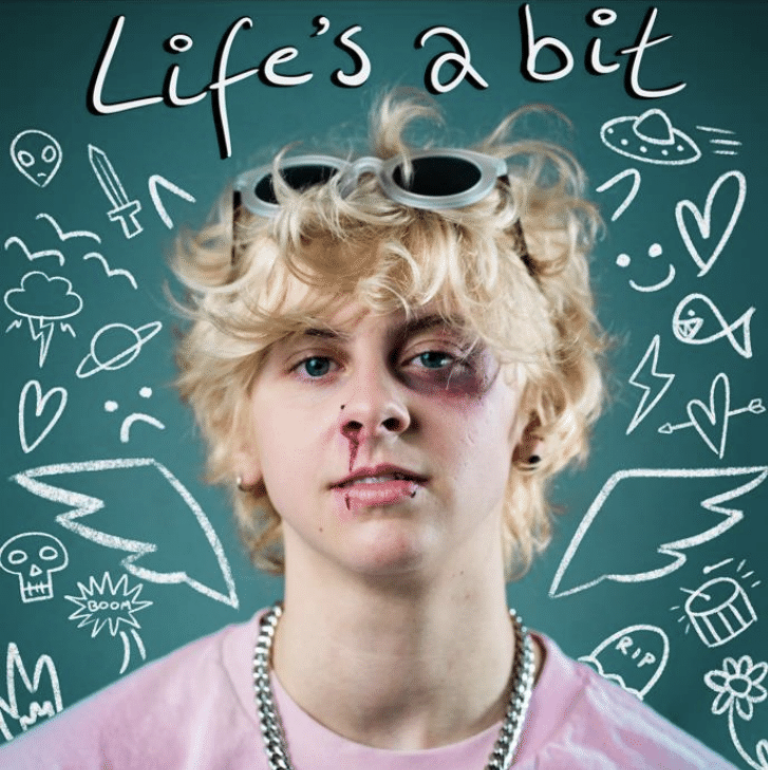 Punk artist NOAHFINNCE has announced his signing to Hopeless Records today, and has released a new single and music video, “Life’s A Bit.” Fans can check out the new single and pre-save ahead of its official Friday release at smarturl.it/LifesABit.
The video for “Life’s A Bit” is a colorful, chaotic wonderland featuring green screen illusions, with NOAHFINNCE showcasing his performance abilities by playing multiple instruments. Championing authenticity and self-expression, NOAHFINNCE is ready to flip off tradition and carve his own path. Drawing on influences like MCR, Neck Deep, and The Story So Far, he combines pop punk elements into his own unique style. "The song is about life beating you up, not being able to understand your emotions, let alone express them. Life is chaos, it's only fair that you are too," NOAHFINNCE shares.
NOAHFINNCE is the alias of Noah Adams, a voice for a generation who are fed up of being told how to be. A virtuoso performer (he plays drums, guitar, bass, ukulele, and sings as LOUD as possible), NOAHFINNCE is ready to flip off tradition and any roles that society expects him to fulfill, and instead continues to champion authenticity and self-expression. Having amassed over 525,000 YouTube subscribers and over 325,000 Instagram followers, Noah brings his own alternative and no-nonsense take on LGBTQ+ issues.