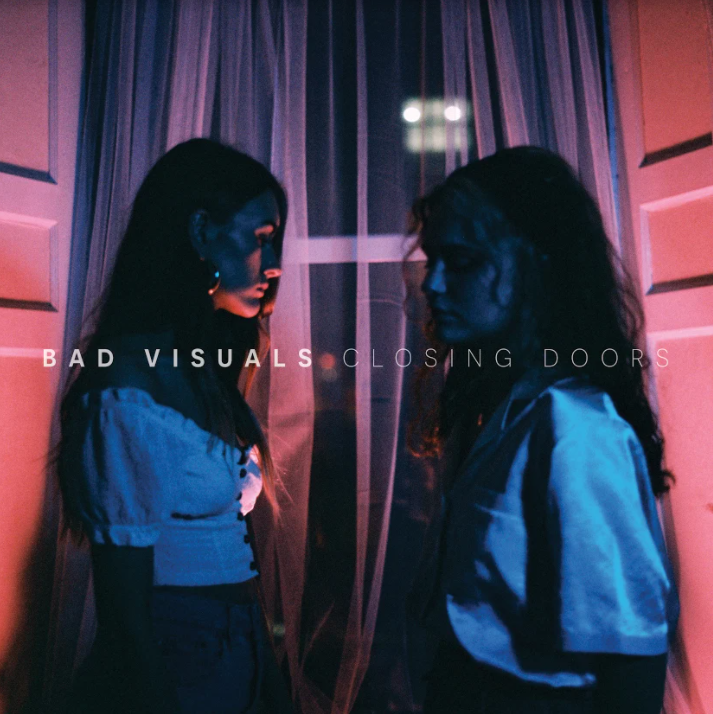 With a layered and driving sound held together by soaring effects and even higher volumes, Oakland-based Bad Visuals blends shoegaze atmospherics with punk and post-hardcore influences to craft a style equal parts gritty and melodic.

Previous LP "Petaluma" was recorded with Jack Shirley (Deafheaven, Whirr) and released in early 2019, while this spring's upcoming EP "Ravel" was produced by Sam Pura (Hundredth, The Story So Far) and takes the band's sound and aesthetic to new heights.

The band says, "Closing Doors" is the second single from our upcoming "Ravel" EP and represents our new material at its most energetic and anthemic. We hope listeners find something to love between the catchy chorus and post-rock-influenced bridge. Thanks for listening!