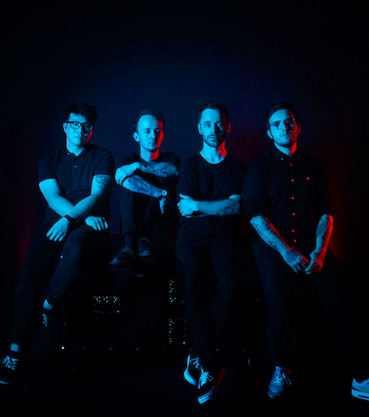 Paris, France - Pærish has signed to SideOneDummy Records. The indie, alternative rock band has released their new music video for Fixed It All
"Fixed it All" is the first song off our new forthcoming album that we recorded in the US with Will Yip," says guitarist and vocalist Mathias Court. "It's a song that sums up the album in that it's a much darker, heavier than what we've made in the past both sonically and lyrically.  It's about the depression I felt losing one of my best friends and questioning the decisions in my life."
The song will be available for streaming on all digital platforms tomorrow, Friday, August 21.
The members of Pærish met at film school in Paris, and adopted the name based on the awkward, skinny kid character Alan Parrish in Jumanji (starring Robin Williams, not The Rock). Their collective primary passion in life for music eventually led the members to focus on writing songs over scripts and concentrate on performing on concert stages as opposed to working on movie sets. Their collective love for film can be found in song titles and lyrics. It's this marriage of film and music that resonates with listeners. Pærish songs provide the soundtrack to love, loss and trying to make sense of the world around them.
Pærish has supported bands in Europe like Silversun Pickups, Movements and Moose Blood. They also opened for Sum 41 during their European arena tour.
Share Share on Facebook Tweet Tweet on Twitter