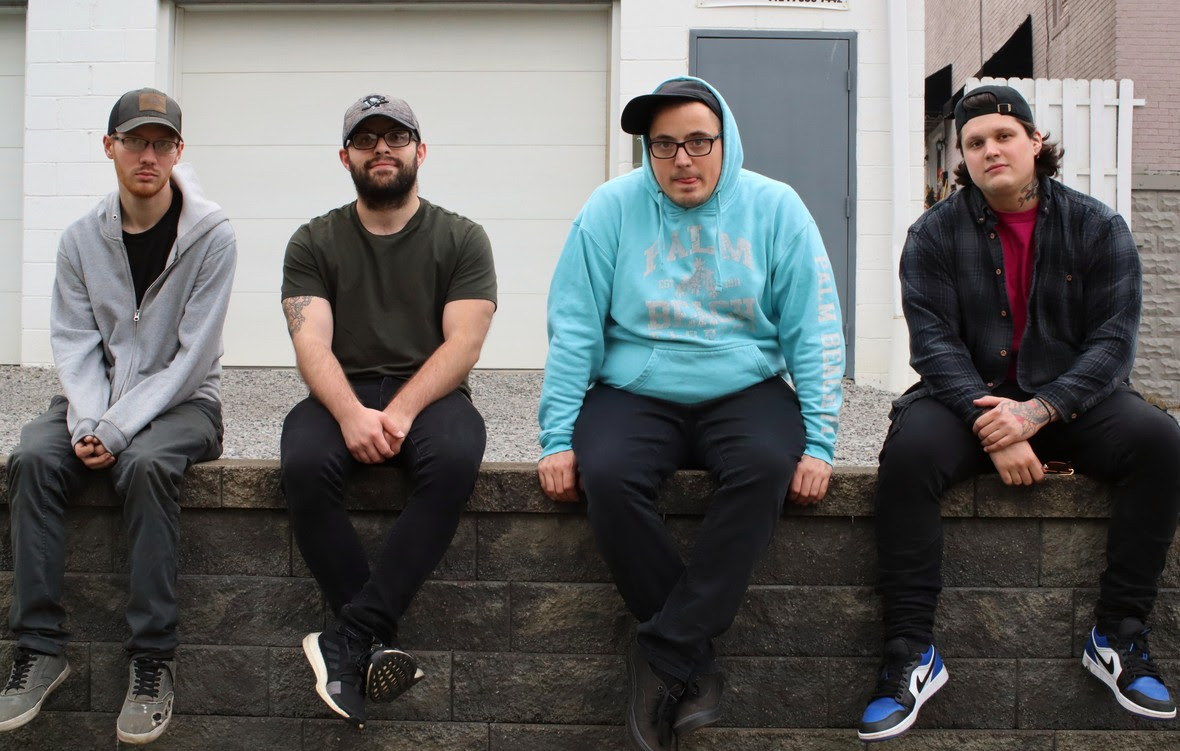 Pittsburgh's The Middle Room has released their debut EP Never Satisfied, featuring the single "Hold That Thought," along with a music video. The quartet's offering is a jagged mixture of early 2000's pop-punk and raw, close-to-home lyrics, reminiscent of your lonely emo days.

"We wrote the record at the end of last year and planned to track it in March, but Covid threw a wrench into things, so we just continued writing." says vocalist Johnny Dombeck. "After the first wave, our producer, Luke Oxendale, traveled up north from Tennesse and stayed with us in Pennsylvania to track the EP. We got really close during recording. We're pretty sure Luke is now with child."

The video for "Hold That Thought" is filled to the brim with The Middle Room's over-the-top personality.

"Bright colored paint repping our colors, balloons, a dude on a motorcycle wearing a speedo, mannequin heads, colorful lights; it was our time to shine," says Dombeck. "We had a helpful crew of friends who helped keep balloons moving using a leafblower and pure manpower, two appearances from the police, and a craft beer festival down the road. It was almost like a crazy dream, the month seemed so surreal and the finished product is incredible when the budget is considered."