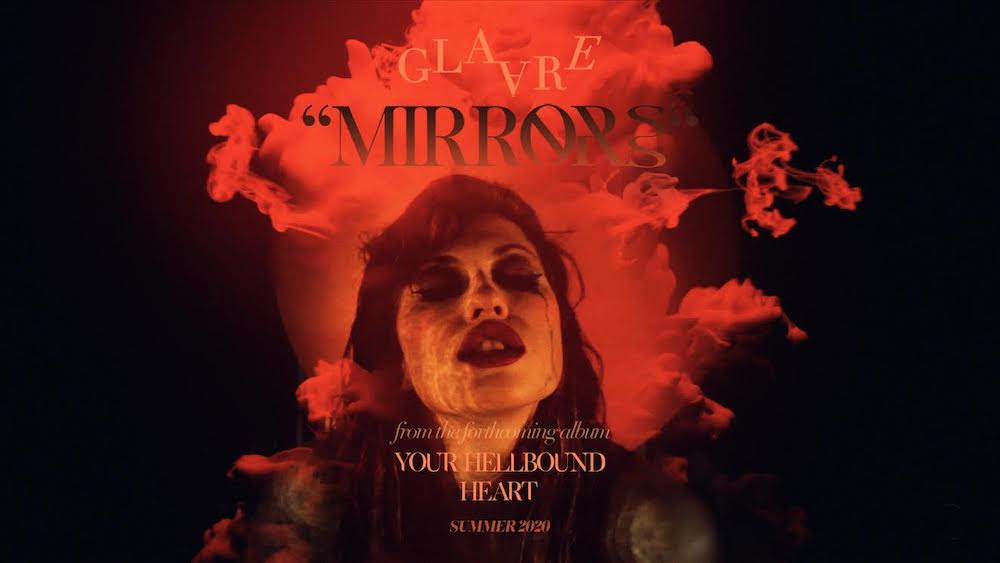 Cherry picking the best elements of darkwave, dream pop and goth-rock, Glaare has been a burgeoning force in the LA scene since their formation in 2012.  The group has put out a myriad of releases, most notably 2017’s To Deaf and A Day— their most recent full-length— and have toured steadily in support.  Now, Glaare have announced a follow-up titled Your Hellbound Heart, set for release this summer on Weyrd Son Records.
Of the video, Glaare comments: “We went to a fairly literal interpretation in making Mirrors’ visual companion rather than obscuring some far-flung overly complicated story. We got lucky in using some footage shot with Iphi, (Foie Gras) that helped drive the narrative of duality in facing your Mirror, or someone that you may identify with in a toxic relationship."  They continue, "There’s a mirror that everyone has that’s trapped behind glass. Or even a room full of mirrors and light balls.”
In a scene where style often blurs out substance, Glaare meticulously craft real songs with real hooks and intricate yet subtle arrangements.  Their singular approach has made them stand out in an otherwise crowded landscape, and Your Hellbound Heart marks a compelling and powerful return for the band.
More information on its release will surface soon.  In the meantime, keep up with Glaare on Facebook and Instagram.
Glaare is Rachael Pierce, Brandon Pierce, Marisa Prietto, Rex Elle.
Share Share on Facebook Tweet Tweet on Twitter