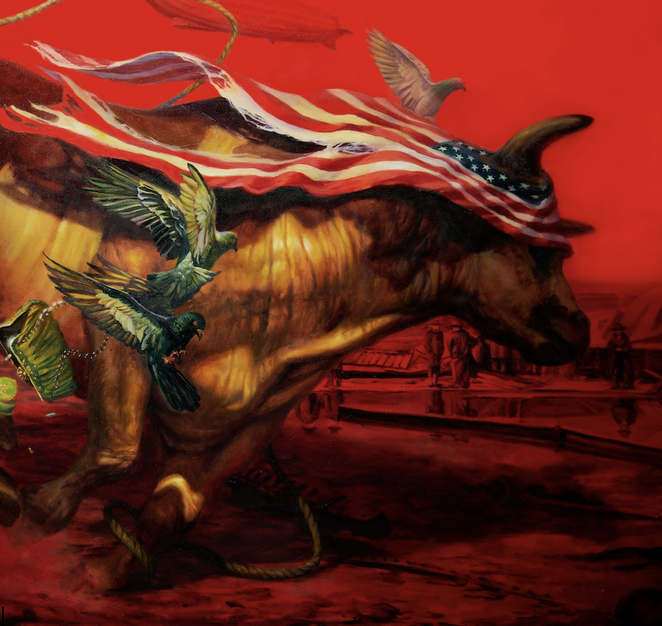 Protest the Hero are gearing up to release their much-anticipated album PALIMPSEST on June 19, 2020.The album features 10 new tracks and is the first music from the band since Pacific Myth  in 2016. Fans can check out new songs "From The Sky" and "The Canary".
Pre-order is available HERE
While Protest the Hero's last effort was a project designed to limit the band's "over-thinking of every detail", Palimpsestis surely the opposite. Each idea on the new record had to fight for its place, right down to the final sequencing of songs. Endless discussions were had over minutiae, but the devil has always been in the details for PTH. So, while the song-writing, recording, and release process was all new for these songs, the final product definitely feels like home to the band. But there were definitely some obstacles to overcome along the way.

Says Luke Hoskin, "Palimpsest is by far the most challenging record we have worked on. The writing and recording process saw so many delays, it's honestly hard to keep them straight. We are very proud of how each hurdle was handled though, and the end result is a record that we believe is deserving of such an endeavor."
"This record was extremely difficult for me personally," shares Rody Walker. "With my first child on the way, I built a studio in my basement to ensure I wasn't leaving my wife alone with a new child for weeks on end. I haven't left my house since. What made it most difficult was the change in my voice. During our final tour just before we were set to start recording, I blew my voice out, and it didn't come back. I spent a long time fighting with it trying to bounce back and failing. Finally, through coaching and rehearsal, I got it back in shape. For the first time in my life singing felt like an actual job and I'm still pissed about it. I have never worked harder to put out music in my life and I am extremely proud of the product."
Protest the Hero have released five full length albums and have toured the world over. Hailing originally from Whitby, ON, Protest the Hero consists of four core members, Rody Walker (vox), Luke Hoskin (lead guitar/vox), Tim MacMillar (guitar/vox), and Michael Ieradi (drums). Known for being progressive not only in their sound but in their music business acumen, the bandlaunched a unique distro model when releasing their last record, Pacific Myth in 2016. Using a structured subscription service for fans, PTH delivered one track each month over a 6-month period of recording, as well as access to a gamut of original content not available anywhere else. The band has always prided themselves on approaching their craft differently than the rest of the pack exemplified in 2013 when their record label contract was up, and they set a precedent by approaching their rabid fanbase directly to help fund the recording of Volition.
For more on Protest the Hero, visit the band's website and social media links below.
PALIMPSEST TRACK LISTING
01. The Migrant Mother
02. The Canary
03. From the Sky
04. All Hands
05. The Fireside
06. Soliloquy
07. Reverie
08. Little Snakes
09. Gardenias
10. Rivet