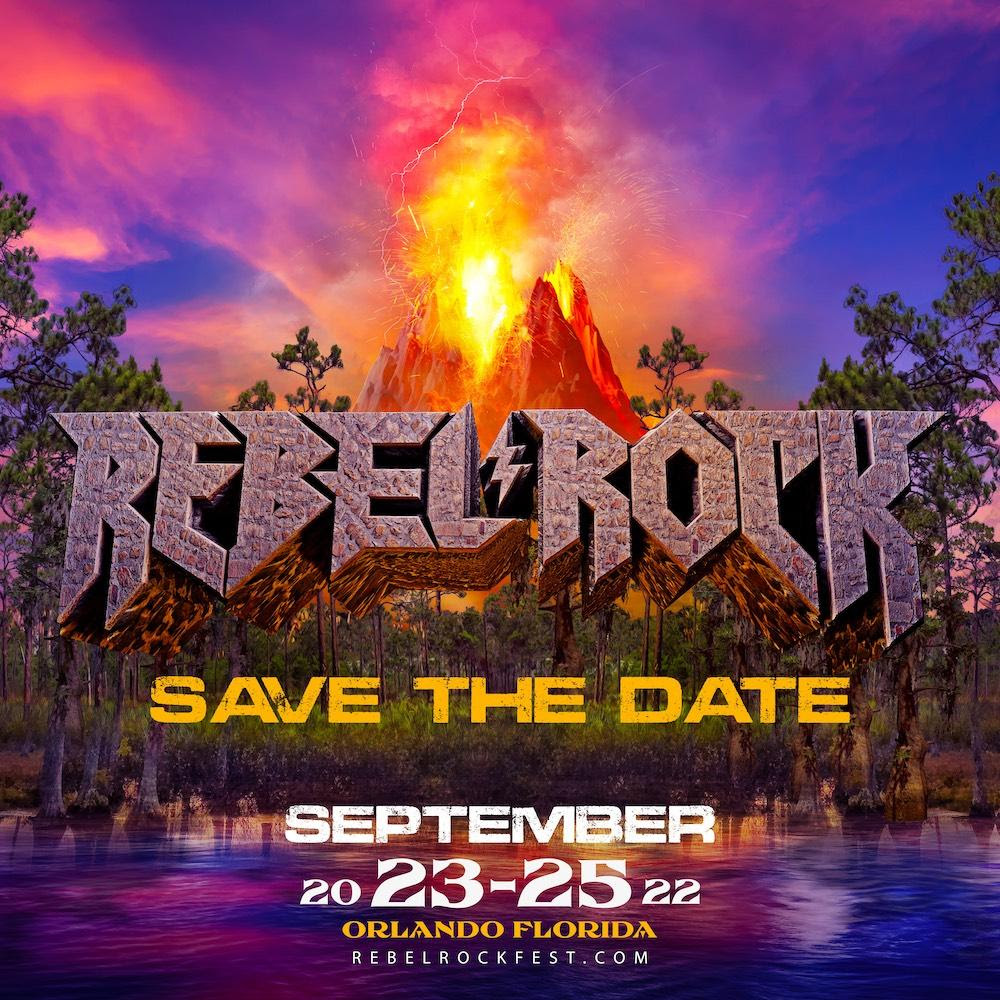 
SEPTEMBER 23 – 26, 2021
Months away from their inaugural event, Rebel Rock Fest, fueled by Monster Energy, is inviting festival goers to “Save the Date” for 2022. Earlier this month the festival announced their plans to return to Orlando from September 23rd-25th 2022.


“The response to Rebel Rock has been unbelievable and overwhelming to say the least,” shares Nick Abate, Co-Producer and President of Stage Left Entertainment. “We had a rocky start in 2020, launching a new festival that couldn't take place because of COVID. However, the support of our rock scene has carried us through and they have been vocal about their needs. With Rebel Rock Fest we are happy to be able to provide a new rock experience in the Sunshine State, and we look forward to returning once again in 2022.”


Brandon Hinson, Co-Producer for Stage Left Entertainment/Rebel Rock, adds: “In watching the overwhelming response to 2021, we are more than excited to roll out what we have in store for 2022. We can’t wait to unveil what we are building with the Rebel Rock brand to deliver to fans.”


This year will be the inaugural event after being delayed in 2020 due to Covid-19. Rebel Rock Fest patrons will be encouraged to wear masks when making purchases at food, beverage, merchandise and box office locations, as well as inside restroom facilities. Hand sanitizer stations will be located throughout the entire festival site. As the state restrictions are updated, Rebel Rock will update their directives as well.