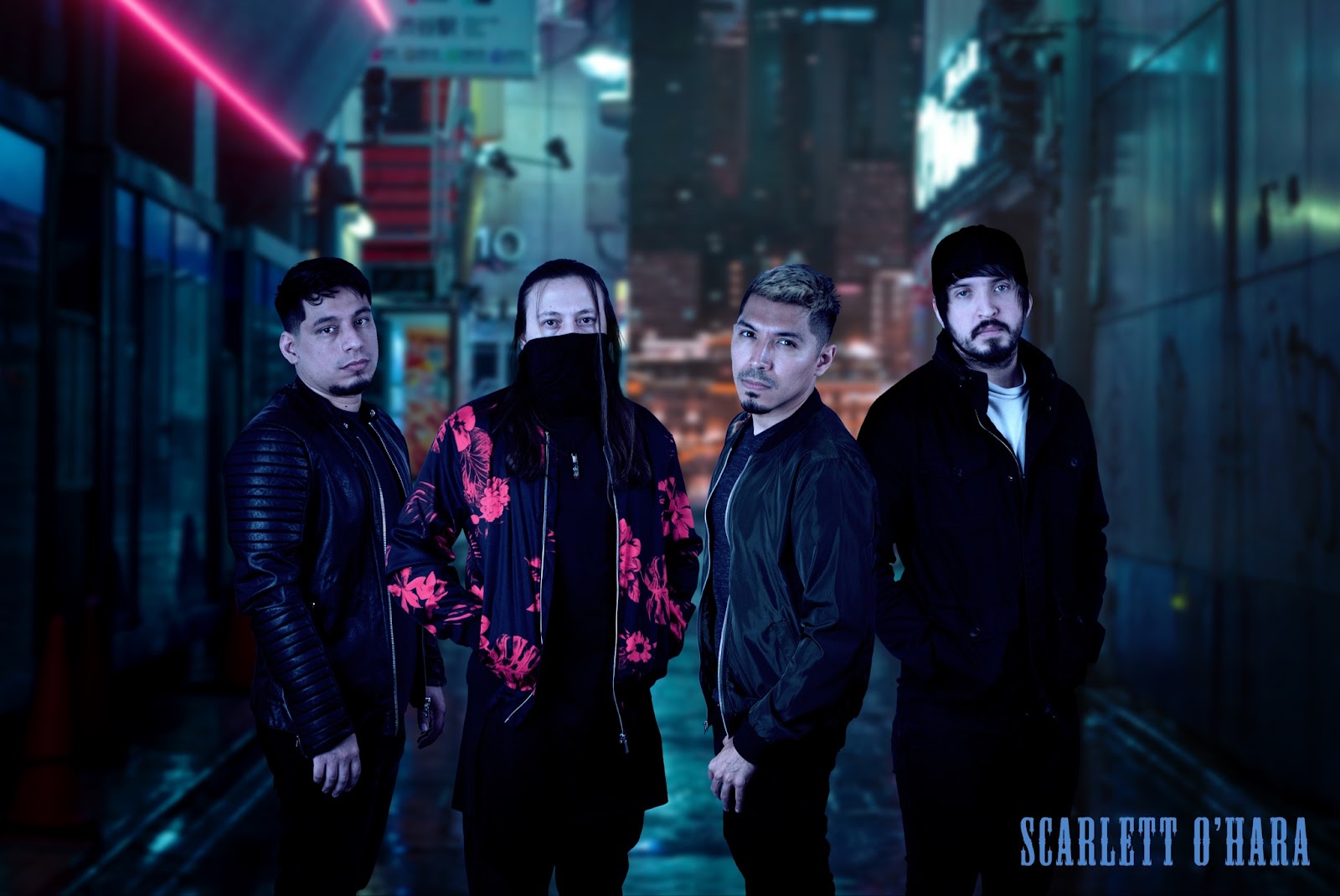 Metalcore veterans Scarlett O’Hara are back to the brodeo with their new single and music video for “Talk To Me.” The band is pushing their sound to new heights by embracing more electronic elements and clean vocals throughout the song, all while retaining their signature South Texas Metalcore heaviness. The cinematic, outer space-themed music video will keep you on the edge of your seat as the dynamic, otherworldly visuals match the band’s ferocious sonic intensity. Underneath the heavy sound is a softer message to offer support and find solace amongst each other during difficult times:

“Talk To Me is about finding the courage to vocalize your struggles, conceptualize your demons; to be brave and when all seems lost: to ask for help. Facing personal struggles is never easy. Too often, we take the road of solitude rather than the road of camaraderie, leaving our journey burdensome. We hope this song falls on aching hearts and wanting ears, in order to give people the courage to reach out to someone they love, and take the time to talk.” - Scarlett O’Hara


They say everything is bigger in the Lone Star State, and this is certainly the case for South Texas Metalcore outlaws, Scarlett O'Hara. After a brief hiatus, the McAllen, Texas, based 4 piece has charged back into the scene following up their highly praised  Rise Records debut album "Lost in Existence" with the sophomore LP Welcome Back To The Brodeo. Released on August 8th, 2018 to critical acclaim, the new album debuted on several US  Billboard charts including: #19 Hard Rock Album Sales, #20 HeaterSeeker Albums, #1 Heatseeker (South Central) as well as #25 on the iTunes Metal chart for its release week.


Formed in 2008, Scarlett O'Hara has been a mainstay in the Metalcore community ever since, pushing the genre further with their high paced signature style now known as South Texas Metalcore, an unrelenting barrage of sound that'll make you think you were kicked in the face by a pissed off bull.