Every Twenty Years Out May 7 via Megaforce Records 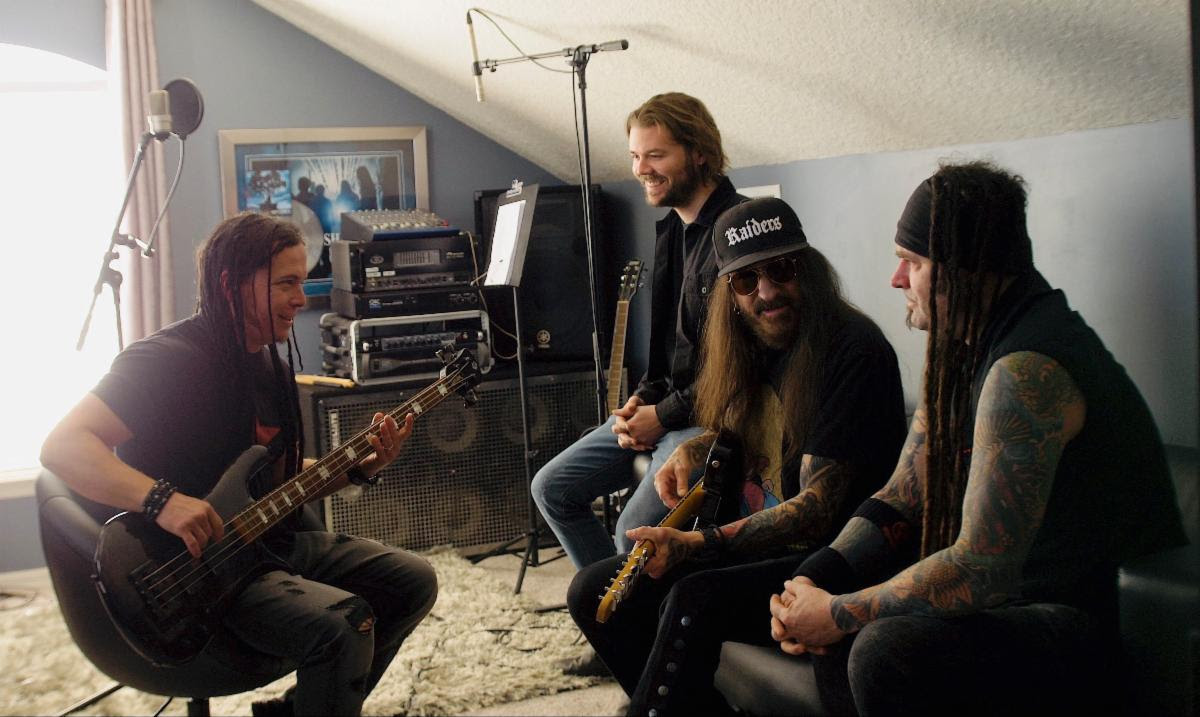 SALIVA has revealed the second single, “Click Click Boom,” from Every Twenty Years, an EP featuring re-recorded classics with current vocalist Bobby Amaru to commemorate the twentieth anniversary of their major label debut, Every Six Seconds.
“Re-recording ‘Click Click Boom’ was much easier than the original recording because we already had the blueprint laid out for us,” says guitarist and founding member Wayne Swinny. “There was no need to alter anything because the original had all the right pieces in all the right places. We simply used the advances in modern technology to enhance the song sonically.”


“Click Click Boom,” available now via digital music providers, remains one of the most popular tracks from SALIVA’s 2001 breakthrough album. “I think the combination of multiple genres of music has contributed greatly to the popularity of ‘Click Click Boom,’” Swinny says. “Producer Bob Marlette took a song which was a cool, interesting rock song and crafted it masterfully into a piece of music that has stood the test of time for two decades and will continue to do so into the future.”


Every 20 Years is slated for release on May 7 via Megaforce Records. The first single from the six-song EP, “Your Disease,” is available via digital music providers at https://orcd.co/yourdisease. A documentary on the band’s journey through the years is also slated for release this spring. Pre-orders for Every 20 Years are available at https://orcd.co/everytwentyyears.


Formed in Memphis is 1996, SALIVA released a self-titled a debut album the following year. After selling 10,000 copies of the self-released album, Island Records took notice of the band. Every Six Seconds and its hit singles, the Grammy-nominated “Your Disease” and “Click Click Boom,” catapulted SALIVA into the mainstream and is now certified Double Platinum.
After nearly 15 years, SALIVA parted ways with vocalist Josey Scott. In 2011, Bobby Amaru stepped in to fill the roll, infusing SALIVA with new blood, spirit and an energy similar to that which launched the band’s career a decade earlier. From modern metal to straight up hard rock, SALIVA continues to write in-your-face, anthemic songs, and win fans over through tours around the world with the biggest names in rock and appearances on the main stages at countless festivals and the most well-known motorcycle rallies.